5 Horrifying Books Outside The Horror Genre

Someone once told me, a monster is a god without followers, and I think about that often, because it means what we find horrifying is about perspective. A lot of popcorn thrillers would be horror movies if we showed people going into shock and bleeding out after being shot, people's bones breaking or flying out the windshield when they got hit in a car chase, or how people's lives were destroyed after the heroes blew up buildings. Zoom into a beautiful body, and you'll find grotesque processes going on inside the invisible dark underneath the skin. Get to a happily-ever-after and fast forward 100 years when everyone is in a cemetery.

Although the horror genre has accumulated its own tropes and plot lines, the feeling of horror itself knows no genre boundaries. Horror is often referred to as a body genre, along with romance. That means the effect of horror is intended to be felt in the body — a visceral, gut punch of emotion. Horror comes from the Latin word horrere, which means to tremble or shudder.

It is that which makes your heart beat a little faster, makes your flesh crawl with the images that the words create. The best horror makes you feel like the monster is inside your skin.

If you want to write horror, it can be good to read outside the genre, and discover how the feeling of horror exists outside of common tropes. You'll discover horror is part of the human condition — an integral component — and not just something that can be relegated to haunted houses and serial killers. Once you see how it's the thread that runs through humanity, you'll be able to reassemble the building blocks of a horror novel and create something fresh. Here are five examples. 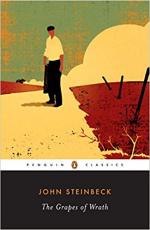 "The Grapes of Wrath" by John Steinbeck

Let's start with a classic. Classic literature is full of horror, and The Grapes of Wrath is one of the most horrifying books I've ever read. It takes place during The Great Depression, and follows a group of tenant farmers as they're forced to leave their home in Oklahoma and travel west to California, in search of a better life. Coincidentally, I ended up reading this book while I was traveling from Oklahoma to California along the same Route 66. Steinbeck managed to create a realistic portrayal of The Great Depression, and the ordinary people caught up in the excruciating economy and an America without proper labor laws. Every defeat is just punctuated by another defeat. 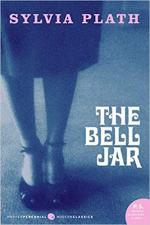 "The Bell Jar" by Sylvia Plath

Sylvia Plath should be regarded as one of the queens of horror. The Bell Jar is a dreamlike, sylvan journey about the agony of a mind caught up in cognitive distortions. It's a horror created by a woman who is both brilliant and has many opportunities, but whose maladjustment creates a nightmarish, banal landscape of depression. The main character, Esther Greenwood, "should" be having the time of her life after getting a prominent internship in New York City, but instead feels overwhelmed and frightened, and begins a descent into a mental breakdown. The interior monster is one of the most difficult creatures to pull off, but when done expertly, leaves the most scars. 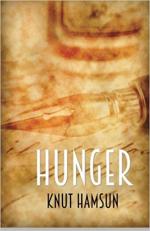 Hunger will remind you that we're all just a few missed meals away from one of the most terrible, and ordinary, of all human experiences — starvation. The worst part of this novel is that these circumstances are created entirely by the protagonist's poor life decisions, and his misery could easily be ended if he hadn't trapped himself in these mental ministrations. Hunger will remind you that we all walk on threads of civility, propped up by flimsy structures of money and family, and it can take just a single bad decision to spiral into the barbaric animality of one of the universe's most common sensations. 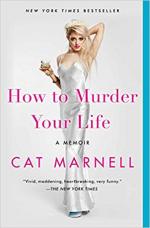 "How to Murder Your Life: A Memoir" by Cat Marnell

Cat Marnell was once a beauty columnist for teen magazine Lucky, and ended up writing a short column for Vice before disappearing spectacularly, announcing she was sick of writing and wanted to just smoke angel dust on rooftops. Her style of flaming out and being a hot mess who managed to work in Beauty landed her a 500k book deal. How to Murder your Life was the result.

Cat Marnell has a lot in common with the character Esther Greenwood in The Bell Jar — she's attractive, affluent, given opportunity after opportunity, and then destroys it with her own addiction and impulsively bad decisions. Cat Marnell's memoir is horrifying in part because it's real, and partially because Cat herself seems to look at her own horrific actions with the sleazy veneer of a tabloid writer — her own experience mined for profit, without any true self reflection or true understanding of the consequences. And the thing is, well, she got a 500k book deal and fame out of being a fuck-up, so she's never had the experience of hitting rock bottom. That's the true horror. 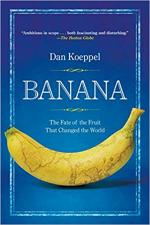 "Banana: The Fate of the Fruit That Changed the World" by Dan Koepell

Banana is a book that will show you the inner workings of agriculture, how banana republics were created and governments destroyed by fruit companies like Dole, and how millions of dollars are being poured into creating a new banana type — with little success — that would be resistant to blights currently ripping through the fields. While this doesn't seem like it'd be rife with horror material, it shows how fragile the things we take for granted are, and how something as simple as a banana can change the world, affecting millions of people caught in the wake of profit-mongering tycoons. It shows how much of your daily life isn't even in your control, and how easily said control can be taken away.

This is just a small selection of books that you can mine for horror. If you look hard enough, most books contain a trace of horror, a little moment of to make you tremble. Horror is everything that rests in the unknown — both macrocosmic and microscopic — and we're all just floating along on a little warm rock in a big cold sea, steering around the curves of terror before we're submerged.

5 Horrifying Books Outside The Horror Genre

I never saw the Grapes of Wrath as horror but a warning against the dangers of capitalism and how the bigger institutions (especially banks) get the more people suffer.

A Poetry FAQ for Regular Folks

Celebrating the Woman Who Would Become Maya Angelou, on her Birthday

Writing About Relationships with Chloe Caldwell

How do we face our families and friends after we've plumbed the depths of our relationships with them? Chloe Caldwell can teach you how in this four-week workshops on the art of personal essays.