A Fiction Roundup Both Painful and Poignant

In July and August, I wanted to read a group nonfiction books that had found their way to my home and share my thoughts about them on LitReactor. Which I did. After I finished those books I wanted to read some of the fiction that had come my way, which I also did, and with LitReactor’s blessing I get to tell you about these books today. I plan to move onto poetry next and I look forward to telling you about those as well.

Did you hear that LitReactor? 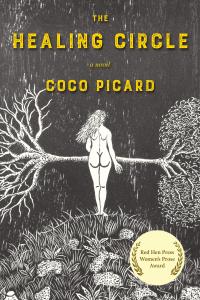 Which is to say, I’ve been reading fiction since I was last here and I’m happy I did.

Is happy the word I’m looking for?

I don’t know that the topics and themes of the books I read elicited happiness, but the writing did, and that’s plenty. I want to read things that impact me, and happiness doesn’t have to be the reaction.

What did I read?

Is that correct LitReactor?

The Healing Circle by Coco Picard is a lyrical novel—written in sketches and short chapters that feel like jabs—about dying, and much more, happening across past and present timelines, dipping in an out of family dynamics and trauma, the desire to somehow be, or at least feel whole, and always coming back to this: the protagonist, Mother, is dying, and wanting not to, which just may not be enough. 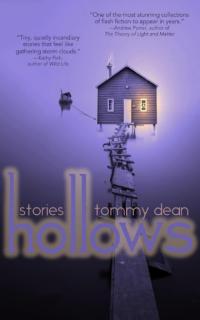 Hollows by Tommy Dean is a collection of short stories, flash really, that spark like matches, quick with fire, and lingering. These are tales of small towns, violence, suicide and profound sadness, but also the inability to communicate about the feelings, hurts and trauma that underlie those decisions. These pieces are written by someone who seems to know something about all of it, and makes it all sing by packing so much feeling into such small spaces.

How to Adjust to the Dark by Rebecca van Laer is the story about a poetry collection, or more accurately, a raw exploration of what those poems meant when they were written, and a looking back upon them from some place removed from their reality. Charlotte, the poet and storyteller in this story is forced to view themselves and how they tried and failed to form relationships, but also somehow matured along the way, growing in self-awareness and becoming a writer.

The Observant by Ravi Mangla is something else, or is it? We again have a story about a storyteller, a documentary filmmaker in this case, written in short, tightly constructed sections, as the protagonist, Vasant, is imprisoned, released, for a price, and seeks to understand how he’s come to make the decisions he has, what went awry in his efforts to make the film he set out to make and his marriage, and who he even is at all, be that prisoner, protagonist, creative, human.

Regarding my experience of reading The Observant, which has continued to linger for me as much as any: “Have you ever been so trapped that you felt you were suffocating?” (page 95) 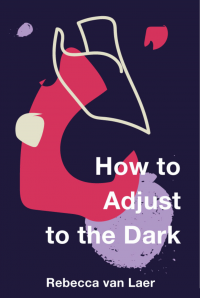 This line is expressed by the wife of Vasant’s captor, a sentiment that echoes on a variety of levels as both characters feel trapped and unsure how or when they will not feel this way.

It’s not required of a reviewer to find a connective thread when we choose to read and discuss a number of books, and yet there is still the desire to do so, to craft a narrative arc and create a sense of connection between that which we read and choose to write about even when the books one is reading may feel as if they randomly found you at the same time.

And so it is that Mangla has crafted a tale about being trapped by one’s own choices and desires, as much as he’s also crafted one about a character, and characters, who are trapped by a variety of things, marriage, poverty, loyalty and the whims of an autocratic leader. Yet it is not only Mangla who has written about feeling trapped. The characters in Picard, Dean and van Laer’s work also find themselves tangled-up in such feelings.

With Picard we witness Mother, doing whatever is required of her to be healthy. Seeking a cure at the expense of all else, and Picard both beautifully and poignantly captures how the desire to be well becomes a trap all its own. Especially when this effort follows a lifetime of embracing wellness and trying to escape the traumas, hurt and roles we find ourselves in be those of parent, friend, spouse or child.

What is it any of us deserve, and is the answer anything, nothing at all, or something in between? And if we want more, and will do anything to get it, what does that say about us? Said differently, is Mother a bad mother because she wants to be healthy and will abandon her family for the chance to be so? 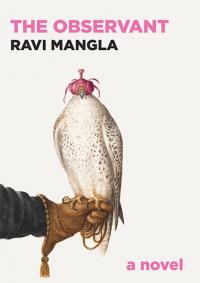 Or what about van Laer’s poet Charlotte, trapped as she is in her past relationships and poor choices in men. Does she deserve better or does she owe herself something more? She has the work that results from these mistakes and the opportunity to look back on them, but can Charlotte make better choices now, or is being more self-aware and a better writer because of those mistakes enough?

What’s even enough, because when we feel trapped, is anything ever enough?

Dean writes eloquently about a relationship that will never be enough in the four-part mini-epic "The Bridge," because nothing will ever be enough for the female protagonist to want to stay in this world. Dean knows pain, how insidious it is and how it wraps itself around everything—not unlike the illness Picard writes about, the relationships van Laer so pointedly captures or the oppressiveness that pervades The Observant—and how hard it can be to articulate what this pain means to us when we don’t have the words or insight to do so.

The Hollows is rife with the stories that illuminate this, though maybe none more so then "Always the Alpha," the story of a father who can’t father because he can’t embrace what he is and has failed to find a way to be the strong, self-aware and stable father his son so desperately needs.

I said at the start of this I would tell you how I felt reading these books, and the answer is not great, but to turn away from that feeling would be to turn away from the pain that permeates our world, and that’s not why I read. I read to feel things, and with these books I have and I want to thank these authors for making that so.

Get The Healing Circle at Bookshop or Amazon

Get Hollows at Bookshop or Amazon

Get How to Adjust to the Dark at Bookshop or Amazon

Get The Observant at Bookshop or Amazon