Trust me, you don’t wanna hit the beach this summer.

If you’re a person who fears pandemic, aka someone sane, then I probably don’t need to tell you why.

If you’re a person who doesn’t fear illness, let me explain why you don’t want to hit the beach, either:

For my day job, I travel through a lot of online spheres. Anywhere you surf, you'll find a lot of Clark Griswold types who are taking their GODDAMN FAMILY VACATION this year even if it means Mad-Max-ing it across America in a rented RV that is extremely stressful to drive but does provide the benefit of sleeping an entire family all in the same room about 18 inches from where they all urinate. And because the theme parks and cities are a big question mark, these folks are taking it to nature.

What does this mean?

It means, if you go to the beach, you’ll be surrounded by carloads of people who’ve been bottled up together too long, are just remembering they hate the outdoors, and they are going to find out who took a dump in the RV toilet, after they specifically told everyone that it’s number ones only, if it’s the last thing they do. Rank amateurs who will spend 90% of their summer vacation wondering what the hell they were thinking.

There’s nothing about the beach read that requires the beach.

These will be the people you’re sharing the beach with.

All this means that finally, I may be able to convince people of my lifelong belief that the beach sucks and fuck the beach. People act like the beach is the only place the sun shines, like you couldn’t experience sunlight except where sand meets water. People act like the ocean is this magical thing. Guys, it’s fish pee, certain doom, and whoever cooked up the ocean WAY oversalted that shit. I had an informant who worked in the Navy, and he told me that they dumped all kinds of shit in the ocean. He personally pushed a giant, unneeded desk off a boat and into the ocean. And a microwave. This microwave has been in the ocean for 20 years. Is there any way it didn’t create a mutant by now?

The one thing I’ll give the beach is the beach read. Beach reads are awesome. They’re fun, they’re relaxing, and they help you forget your troubles. But there’s nothing about the beach read that requires the beach.

Let’s take the beach out of the beach read. Let’s look at beach reads for the indoorsman.

What Makes A Beach Read?

Y’know, besides being a book on a beach.

There are some key characteristics of beach reads.

They have to be gripping.

This has to be something that grabs your attention and keeps it. It has to be gripping enough that you can be at a beach, a well-lit location filled with mostly-naked humans, and if you have kids you’re at least mildly concerned they’ll die, and you’re still mostly focused on a book. That’s a gripping book.

They must tell a story.

I think a beach read’s gotta be a good story. Short stories don’t work. You have to pay too much attention. There’s no coasting. Poetry, forget it. Even if you like poetry on the beach, you can only get away with it if you’ve got an airtight alibi that makes it certain you’re not reading poetry on the beach to pick up chicks. Non-fiction can work, just make sure it’s a story, not a bunch of research or an exploration of a topic or, god forbid, a soul-search. Don’t learn how to do something or how to think. This is how people end up burying themselves in sand at the beach for fun. They were so goddamn bored by the book they brought that making a hole in sand was more entertaining.

They should be disposable.

Eating a Dorito is a slap in the face of self-improvement, and it feels damn good.

Don’t take this too hard, but a good beach read, once you finish, you have no problem leaving the book behind. Why carry that shit around with you all the time? You finished it, it’s done, move on. You had the experience, and the book is just an empty shell, a vector for entertainment. A beach read isn’t necessarily something that you simply must hang onto, lying and saying you’ll loan it to friends, which you never do. You don’t have friends who read! Who do you think you are? You know you’re just keeping that book because you keep books. Beach reads need to be like Doritos. You consume, you enjoy, but it’s not like you have memories of any single Dorito in particular.

They should make you feel good.

I mentioned Doritos already, let’s keep that rolling. A Dorito is fun to eat, it tastes good, and that’s about it. Nobody’s eating a Dorito for any purpose resembling nutrition or powering the human body. Eating a Dorito is a slap in the face of self-improvement, and it feels damn good.

Why Do Beach Reads Get A Bad Name?

Learning, feeling bad, and working: These are qualities we ascribe to “important” books. If it does one of those three things, it’s probably a big, important book that is on a bunch of lists and elbow patch types love to ask whether you’ve read it, usually by saying, “Have you read the latest [author’s last name]?”

Beach reads get a bad name because they don’t aspire to put their titles on the lips of those elbow patch types. And therefore are seen as failures of art by people who feel qualified to make decisions like that and totally aren’t. 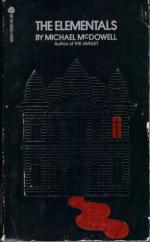 "The Elementals" by Michael McDowell

In this book, the beach is the enemy. The sand is a villain! It’s like real life. If you, like me, know that sand is the worst part of the beach, perhaps the worst form of ground a person can walk on, a curse on humanity, you’ll get into this one.

Buy The Elementals at Bookshop or Amazon 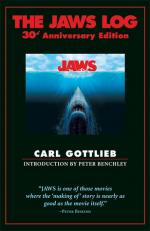 Jaws gave everyone a great reason to stay off the beach. But I’m guessing you’ve read that one or seen the movie by now. This “making of” book will demystify one of the greatest productions of all time while still confirming the beach is a hellhole. 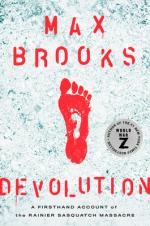 "Devolution: A Firsthand Account of the Rainier Sasquatch Massacre" by Max Brooks

If everyone is going beach, go opposite! Max Brooks writes great, gripping books that bring more to the table than you’d expect. As a sidenote, this cover reminds me of a church lecture about footprints in the sand. Except the footprints are in the snow, and there’s only one set because at some point sasquatch probably tore this dude’s feet off.

Buy Devolution: A Firsthand Account of the Rainier Sasquatch Massacre at Bookshop or Amazon 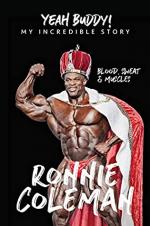 Ronnie Coleman is our most underrated national treasure, even more underrated than National Treasure 2. He’s smart, funny, and his story is unbelievable. He won 8 consecutive Mr. Olympia titles, but he only started bodybuilding because it was a condition of free gym membership. This is like being the all-time greatest baseball player, and you only started playing pro ball because they gave you free hot dogs. Let me just say, you don’t have to like bodybuilding or athletics to enjoy this one. Plus, Ronnie Coleman had the ultimate beach body, and in this book you learn there’s a price for all that beef. 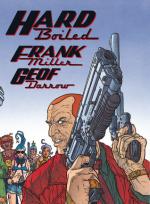 Imagine a Where’s Waldo? level of detail where there are a billion things happening on every page. Now imagine Waldo is a gun-toting robo-man, and instead of doing fun stuff, everyone on the page is engaged in ultra-violence. The story is smart enough to be sparse and get out of the way so the art can sing. If you’re a beauty-in-violence kind of person, this is it. If the haphazard beauty of nature is a snooze, try the meticulous blood-soaked art of Geof Darrow. 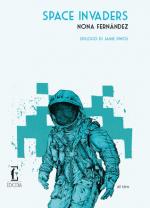 A weird little novella, and “weird” is a compliment in my book. The beauty of a novella is that you can do it in one go and feel great about yourself. “Damn, I read an entire book today!” This one verges on being too dense for a beach read, but Fernández keeps is short enough that it’s like a piece of fudge: too intense to eat a shitload, but just enough is just enough. 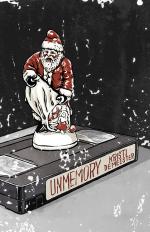 Creepy and short, this one’s about an Xmas movie that traumatized a kid, and now that she’s grown up, she’s looking to figure out just what the hell it was she watched. Horror doesn’t go great with the beach, and neither does Christmas. 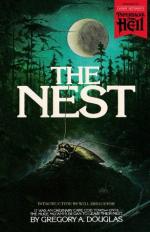 "The Nest" by Gregory A. Douglas

This was one of my first book club reads because I made an awesome book club. This presents a slightly different kind of beach: a horrible, new-england-y, autumnal beach. Really, the way for you to decide whether to read this book or not is to know that my sister quit when a young girl is devoured, genitals first, in graphic detail by cockroaches. To be fair, a dude also gets devoured genitals first when he tries to have sex with a literal hole in the ground. Multiple people being devoured genitals first gives you an idea of the taste level on this one, and there’s a beach scene that is wild, ridiculous, disgusting, and over-the-top AFTER you’ve read about cockroaches eating people for a couple hundred pages. If you make it that far, you’ll find it hilarious.

Buy The Nest at Bookshop or Amazon 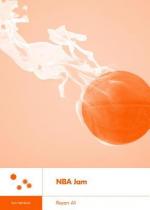 I devoured this shit like mutant cockroaches devouring a bunch of new englanders stuck on an infested island (see above, or just know this means “quickly and with gusto” and that I’m often found in a kitchen late at night, and if you turn the lights on, I’ll skitter away). You might not think the story of NBA Jam’s creation would be all that interesting, and you’d be TOTALLY WRONG! The book is packed with great stories, and it’s a rare non-fiction that’s both exciting and feel-good. this one will make you want to get off the beach and in front of the TV. 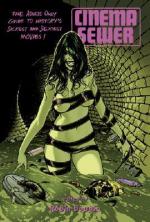 The big advantage to reading this one OFF the beach is that you don’t have to deal with the looks you get for reading a book with articles about weird movies that blur the line between indie cinema and straight-up pornography. And then some movies that are just straight up raunchy.