Launch your book with hijinks and mayhem. And doughnuts!

Coffee, beer, bikes, hipsters and books. Those are the typical words associated with Portland, Oregon. Oh, and legal pot.  And doughnuts. Yup, we celebrate all the vices in our rainy left-coast city, so it’s only fitting that when it comes to launching books, our freak flag flies higher than most.

Remember, this is the city where Chuck Palahniuk put together his first “Bedtime Stories for Grown-ups” gig – which went on to fill rock star-sized venues all over the country. But even if you don’t have Chuck’s star power behind your book launch, that shouldn’t stop you from putting your own creative stamp on a party that honors your baby as it squeezes itself out into the world. 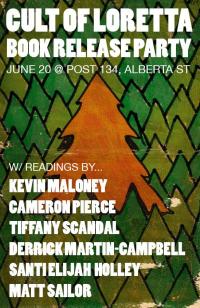 Take Kevin Maloney, for instance. Last summer, when indie press Lazy Fascist published his novella, Cult of Loretta, he wanted to create an authentic Portland experience – one that complemented the unvarnished truth and tone of his book – so he invited several other writers to read, and contacted one of Portland’s favorite up-and-coming literary venues, Post 134, for his launch.

The Portland-before-hipsters vibe associated with Post 134, the cheap-as-fuck cocktails, the welcoming haven for veterans, artists and musicians, was the perfect recipe for bringing this hilarious, though heartfelt, novella to its hungry readership. Plus, it was an opportunity for Maloney to share his joy (and the stage) with fellow writers. Maloney's impulse to give birth to his book in an environment that felt organic to the material was key — and felt like a natural extension of its creation.

Likewise, this past summer, I hosted a house party for a dear friend, Shanna Mahin, whose Hollywood-based Oh! You Pretty Things had garnered national attention, reviews and buzz. Her own launch kicked off at the iconic Standard Hotel in Los Angeles, and we wanted to keep the party going. We put a Portlandia spin on it with a taco truck and a casual backyard setting, along with help from Portland’s Broadway Books as the onsite bookseller.

Instead of a reading, Mahin had a conversation with the guests, giving them background and inside scoop while a “wait staff” (consisting of my teenaged son and his pals) floated around with spring rolls and lemonade. 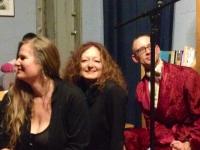 When Diversion Books published my first book two years ago, I was lucky enough to have Chuck on my launch team, and we packed the basement of Elliott Bay Book Company in Seattle – but before that, in Portland, I hosted a smaller bash at Voodoo Doughnut (the iconic treats in their pink paper box had a few cameos in The Moment Before). I had free doughnuts for all, and raffled off a couple of books to folks who brought clothing for the mannequin I rented, and even though it was mid-winter, the atmosphere was hot!

Last fall, for my second book, The Empress Chronicles, I put on an Oktoberfest – complete with a hired accordionist. Several guests came dressed in authentic lederhosen and dirndls.

And now, with the lau 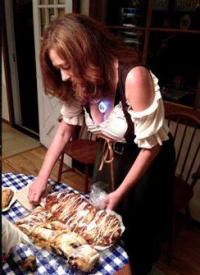 nch of my latest book, The Keepsake, I’m trying something a little different – a slower, longer party and several mini appearances in bookstores and holiday festivals and such. And, lucky for me, I happened on a new business started by an award-winning author and ad gal, Kari Luna.

Kari’s service, Launch with Love, is a model that I’m pretty sure will take hold as the publishing industry continues to evolve. These days, very few authors are granted tours and marketing muscle on the publisher dime, and even when they are, the marketing folks at most houses are stretched thinner than thin.

For a very fair price, Kari and her graphic design team put a full court press on developing visual and messaging strategies to align with The Keepsake – and even though that sounds sort of fancy, it’s pretty simple: find words and pictures that communicate the essence of your book.

The most important piece of “launching with love” is to make it feel like fun instead of marketing. Most of us writers feel queasy as salespeople – hawking our book on Facehooker, begging friends, family and others to click, click, click, buy, buy, buy! A good launch – a fun launch – add 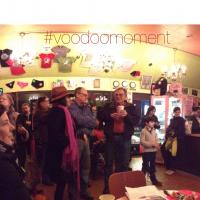 s an element of delight to all that whoring. Think about your book as your kid – give it a Quinceañera or a Bar Mitzvah, or a wedding. It can be as simple and cost-effective as a potluck picnic in a park, or as madcap as inviting all your friends to the local amusement park to ride bumper cars (as Portland author Stevan Allred did once, years ago, when one of his stories got published in Carve).

With social media tools and other ways to enroll and engage readers, you can create pop-up author signings, scavenger hunts, photo contests … so many possibilities!

Of course, bookstores are still the default liaison to get the word out on your new baby – but with the myriad ways in which books are finding their way to readers, with community Zeitgeist at your fingertips, y'all can come up with something beyond the conventional bookstore reading. #AmIRight? 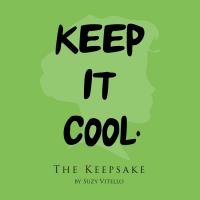 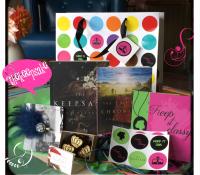 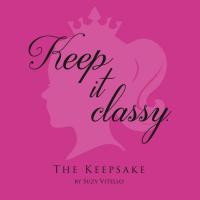 Suzy Vitello’s young adult novels include Jr. Library Guild pick The Moment Before, The Empress Chronicles and The Keepsake. Her first novel for adults, Faultland, debuted March, 2021. Her award-winning short fiction and nonfiction has appeared in The Rumpus, Mississippi Review, The Southampton Review and various anthologies and other literary journals. She has been a prize winner in The Atlantic Monthly Student Fiction Contest, The Frank McCourt Memoir Prize, and has been a recipient of an Oregon Literary Arts grant. She lives in Portland where she writes and works as a book coach and editor.

Speak Up: On The Importance Of Reading Out Loud

How Running A Writing Contest For Kids Can Change Your Life (or at least your perspective...)

How I Did an Unintentional Book Tour Without a Budget

Taylor from Durango, Colorado but living in Portland, Oregon is reading The Paradox Hotel by Rob Hart December 3, 2015 - 10:01am

The event at Elliot Bay was, by far, my favorite literary event ever. And Suzy is awesome! These are great ideas!

Taylor from Durango, Colorado but living in Portland, Oregon is reading The Paradox Hotel by Rob Hart December 3, 2015 - 10:03am

Oh and, Rob Hart, when you launch your next book, you HAVE to do a launch in Portland. You HAVE TO.

OK, it's settled. Your doing one here.

Yes, Rob, what IS the latest with your next book's tour? Got a date yet??

And, thank you MUCH, Taylor!

Jason Fisk on Putting Art Out into the World