Celebrate Teen Literature Day with These Five YA Authors

As a writer and voracious reader of young adult literature, I find lit for teens to be incredibly important. Not for me (though I do find it entertaining and I love it to death); I think the reason lit for teens is so important is in the name — it’s for teens.

There’s a bit of a tricky balance, of course, in the fact that traditionally published YA almost always tends to be written by, well...not-teens. And there’s a wide margin of error for writing that either infantilizes teenagers or portrays them as overly adult. But when done right, literature for teens is so, so good.

On this Teen Literature Day, I want to shout out some of the great books being written for teenagers — some incredibly well-known, others a little more under the radar. These are books with important themes as well as great stories. I’m keeping the list short, to just a handful of books I’ve read and recommend wholeheartedly; consider this my primer on YA. 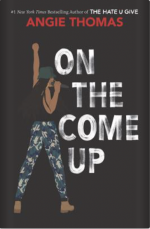 "On the Come Up" by Angie Thomas

I would be remiss, absolutely foolhardy, to try and list impactful books for teens and not list the queen herself, Angie Thomas. This book is so well-written, in addition to being socially conscious and powerful on an emotional level. It’s the kind of book that changes the way you think about things.

Purchase On The Comeup at Bookshop or Amazon 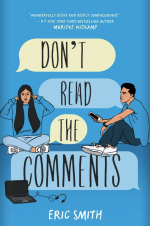 I read this one when it was released, and it’s been something of a quieter book, but I think it deserves to be shouted about a little more loudly. It’s the story of a girl and a boy who love to play video games, and a world that doesn’t always think that’s okay, and the way they fight back. It’s lovely and emotional and very, very moving.

Purchase Don't Read the Comments at Bookshop or Amazon 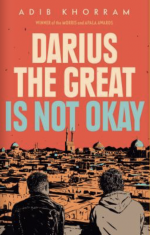 "Darius the Great is Not Okay" by Adib Khorram

Another story of a soft boy who just wants to be okay and isn’t, this book has one of the greatest representations of depression I’ve seen in a while. It’s quiet and unassuming, but has the power to really make teenagers feel seen in that way authors are always hoping to achieve.

Purchase Darius the Great is Not Okay at Bookshop or Amazon 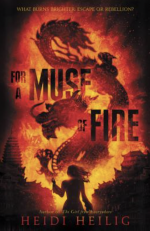 "For a Muse of Fire" by Heidi Heilig

Not only does this book deal with colonization in a truly interesting, second-world-fantasy kind of way, but it also deals with mental illness in a refreshing way that I haven’t seen very often. It was relatable to me, as someone with a mental illness, and made me feel less alone in this big, wide world.

Purchase For A Muse of Fire at Bookshop or Amazon 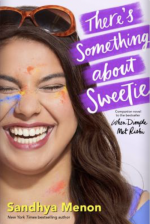 "There’s Something About Sweetie" by Sandhya Menon

Menon is one of my favorite YA authors, and with good reason. Her characters come alive on the page and the romances are always swoony. Sweetie is special to me because it’s about a fat heroine learning to love herself and realizing no one should put her down. That’s a message I needed as a teen, and I’m sure there are many who can use it today.

Purchase There's Something About Sweetie at Bookshop or Amazon

I’m positive I’m missing some authors and incredible books, but if you’re wondering where to start with YA, these are my suggestions.

14 Highly Anticipated YA Novels for the First Half of 2015

It's a very interesting list of authors, and I'm sure that such literature is interesting for youth. I like that book reading is popularized among children today. I've written my thesis on that using https://uk.edubirdie.com/literature-review-dissertation as an additional resource, and I've been surprised that a great majority of young people are involved in the literature world. To my mind reading is very useful as it develops a lot of useful skills (imagination, analization, critical thinking) and grammar.