Reality is that which, when you stop believing in it, doesn't go away.

If you want to write something good, it needs to be real.

You’ve probably heard that before. But what does that even mean, really? What is ‘real’ fiction? What, for that matter, is ‘real’ in the first place? If an authentic writer is one that speaks the truth, then how do we define truth?

I won’t get into that in depth here. Books written on the subject of truth, reality, and authenticity could probably fill a library bigger than the moon. But as a fiction writer, what you really need to understand is that what is true is what tells us something real about ourselves.

Authenticity isn’t just something that you stumble upon, or know how to do automatically. It’s something that has to be developed inside of you. The first time you ever tried to sit down and write a story it was probably clumsy and bad, a pale imitation of the books and movies that influenced you. It wasn’t an authentic piece of writing because those weren’t your stories.

If you have ever been moved to tears by a beautiful dance, or felt the shivering awe of a symphony, then you’ve felt a truth that can’t be explained in words.

And if you learn how to write authentic fiction, you too can move people to tears or laughter. You can leave the impression of your story buried in their psyche, to be revealed in dreams, because truth is one of the most powerful tools you have.

Find What Strikes You (Study the Greats)

Go reread your favorite book. Pay attention to how it makes you feel. What you like about it. What resonates with you. It probably has good characters, or a great style, but more importantly than that, it speaks a truth to you. It’s your favorite book because even if the writer is dead, it feels personal. Maybe even like it was written specifically for you. As if the writer understood you perhaps even better than you understood yourself.

Even the most fantastical, escapist fiction tells us something about our psyches.

Even the most fantastical, escapist fiction tells us something about our psyches. Something doesn’t have to take place in this reality, with the laws of this universe, in order for it to speak a truth to you. Anne Rice’s vampires, while being powerful and immortal, speak to the pain of being human and watching those that you love die. The cenobites in Clive Barker’s Hellbound Heart speak to the dangers of unrepressed desire, and how desire itself, if left unchecked, can consume you in the thrall of pain.

It’s also possible that you may reread your favorite book and it’s not quite as you remembered it. It doesn’t strike you as deeply, or resonate as true. But you remember it fondly because it spoke to you at a certain place in your history, when you had a certain psychological makeup. For a long time I did not reread, as there were just so many books in existence and I didn’t want to go backwards, but rereading books is a great way to see how you’ve developed over time, and how your attitude has changed.

Sometimes you can learn more from rereading an old book, then reading a brand new one.

I’d also encourage you to go read several classics, books that have endured across generations. I’m talking about writers like Hemingway, Faulkner, Dostoevsky, Shirley Jackson, Plath. Many books tend to fall out of favor because while they might have spoken a truth of their time, have stopped resonating as people and attitudes have changed. But what people like Dostoesvky understand about human nature has endured, because the core components of what makes us human do not change.

You cannot be a writer that speaks truth if you do not speak the truth.

Most of us have gotten so used to lying that it’s second nature. It’s automatic. The lies come to us with unbidden, easy effort. Yes, of course you look beautiful. Of course I’m happy to be here. I’ve never had a problem with you.

We think because the lies go down smoothly, that there is no consequence. But you’re not just lying to other people. You’re lying to yourself. I deserve this. I’m trying my best. I haven’t gained any weight. I can’t leave because he needs me.

Nothing that happens in the brain happens in a vacuum. So if you continue to lie to yourself and you sit down to write, you’re going to write a lot of lies. The prose is going to come out sloppy and stale.

If you haven’t honed the truth inside of you, then you just become a vessel for other people’s opinions.

This takes time to cultivate, but practice by telling yourself the truth. Oftentimes you’ll know it’s the truth if it hurts. Like, aches to your very core. There’s an art to it, as the truth isn’t just brutality, but something that manages to cut through both kindness and cruelty into a statement that is really neither.

Then you can start trying to tell the truth to others. Oftentimes this will make them angry, but you’d be surprised at how often the truth is met with relief and understanding. People want a genuine connection but fear reaching out to get it.

And when you’re good at this, you’ll begin to find your writing improving.

Write Every Line With Intention

Do you ever read a line (possibly in this very article) in a story and find yourself thinking… “Huh?!” And then you go back and reread it, and you still can’t figure out what they hell the writer is talking about?

Yeah. A lot of times, the writer probably doesn’t know either. This behavior tends to be rife in indie literature, but it also slips into the mainstream too. Authentic fiction is vulnerable, and pretty words and sentences peppered like over seasoned steak are often written to hide the taste of fear.

If you need practice, try stripping your sentences of their embellishments. Explain what you’re trying to say in plain language. Then slowly, add back the style for taste.

A lot of my early work is inundated with imagery that I thought sounded cool, but ultimately didn't mean anything. A big improvement on my fiction was making sure that every sentence I wrote, I could also see clearly in my head. I knew the physics and the mechanics of the words I was writing.

Truth isn’t ambiguity. It’s specificity. And high specificity will resonate with your readers. They will get lost in ambiguity and its potentials. Or worse, get bored and stop reading.

Humor is a truth that everyone knows, but doesn't speak. Douglas Adams and Terry Pratchett are both known for using humor in their books to speak truths about humans, psychology, culture, and history. When you find something funny it’s because a part of you acknowledges the truth inside of you. For example, a fart joke is funny because people like to ignore bodily functions, even though we all have them.

There’s the classic idea of the fool being the only one who can speak truth to the king. Humor approaches truth with a lightness, from an obtuse angle. It allows people to swallow the truth without cutting edge brutality. When truth is expressed through humor correctly, it dissolves anger and resistance. As a writer, humor is one of the best tools to deliver your narrative virus.

Let The Story Shape Itself

Again, I’m not going to get too deep into this, but understand there is no such thing as “my” truth or a “subjective” truth. There is only “truth” and “perception,” and even the stories inside of us have to follow natural laws that exist in a reality outside of ourselves. So while the way you can write authentic fiction is unique to the way that truth filters through your perception, it must follow the orders of physics. 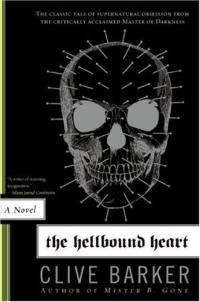 All stories are “propaganda” in a sense. They have an agenda. They want to make a statement. They want to alter your perception in a way that changes you forever, makes you look at the world in a different way, filters through your opinions, transforms you. What we call “propaganda” is just bad propaganda. It stinks of falsehood because it’s someone trying to wrench an ideology over a narrative. It makes people behave in false ways. It makes the story feel saccharine, or simple, or fake.

When I have an idea for a story, I find that it begins to mutate as I work on it. It’s rarely the story I have in my head, because the words begin to shape my understanding of what’s happening.

I shape the story, but the story shapes me, too. All interaction with the world is transformative.

Whenever I find my story going off the rails I find it’s because I’ve clung fast to the original intention without realizing that the words have mutated on me.

For example: Maybe you’re writing a story about a brutal cop who abuses his family. But at some point, you figure out that he’s respected among his peers. The idea might pop into your mind unhindered. Why is that? You come to find this cop caught a famous serial killer, or saved one of his peers during a grueling night. Therein we have complexity. The human form takes a different shape. You realize that the story you meant to write originally has changed.

Our subconscious is worlds smarter than our conscious mind. If it’s giving you an image or an unexpected dimension to the plot, it’s usually for a reason, even if it throws a wrench in your entire plan.

As a teacher of fiction it’s much easier to teach characters, style, plot, and dialog than it is to teach how to let authenticity shine through every word you write. But without authenticity none of those other things matter.

If you do one thing for your writing, it should be to hone the truth inside of you, and learn how to polish it enough to make it resonant with those who read you.

Get The Hellbound Heart at Bookshop or Amazon

The Benefits of Free Indirect Discourse

10 Stories We Never Need to See in Workshops Again

This is a class I would take in a heartbeat: finding out which truths resonate with me and what I should be writing about.

Obviously, that is only a sample of all the conceivable online digital marketing service.

You can get best and affordable online logo design service