Mary SanGiovanni is by far one of the most talented authors working in horror today. She is a singular creative voice in modern cosmic horror, and her depth of knowledge about the subgenre is incredible. I suspected as much from reading her work, but listening to her Cosmic Shenanigans podcast opened my eyes to the vast library of knowledge she possesses about the many instances of cosmic horror in books, comics, movies, visual art, and more. 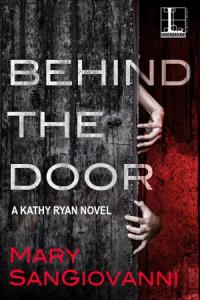 Arguably one of the most successful stories I’ve personally written is the short story “Dead Song.” It was included in Best Horror of the Year Volume 5 shortly after I started writing full-time. It was a weird little zombie story that takes place in a sound booth for recording voiceovers on a documentary about the zombie apocalypse. The main character has no name. It is all tell and no show. When people hated the story, I understood. When they loved it, I was confused. After it was accepted in Best Horror, I reread it because I had no idea why the esteemed editor thought it was good, much less that good.

Years later, I was running hills training for a 5k and listening to Cosmic Shenanigans. SanGiovanni was discussing an older, classic cosmic horror short story and explaining the elements of the subgenre and why they worked. As things clicked for me, I lost my rhythm enough that I almost fell on my face. That weird little zombie story that marked an accidental milestone in my career worked because I had inadvertently used the elements of cosmic horror. That’s why it appealed to that editor.

She Thought She was Just Writing Monster Stories

I interviewed SanGiovanni live on Twitch in October of 2020. In one clip from the episode, she talks about how she accidentally discovered she was writing cosmic horror. She says that she thought she was writing monster stories. From all the short stories and novel length works I’ve read from her, I’m led to believe that she comes by her abilities writing the subgenre instinctually. Her personality, mindset, and experiences honed her storytelling in this direction. Then, her scholarly work, her broad reading, and her practice writing the stories she is drawn to added real mastery that sets her apart from other authors in and out of cosmic horror. The entire interview is good. You should check that out.

Mary SanGiovanni may be one of the few authors who actually invented new monsters and it came from real practice in the craft.

Mary SanGiovanni may be one of the few authors who has actually invented new monsters, and this came from real practice in the craft. Even when she did a horror story with Wonder Woman for DC comics, she turned the superhero into an avenging spirit with some real terror about her.

She has a paranormal investigator character in her Kathy Ryan novels. In these books, unlike other such books, SanGiovanni unlocks real terrifying threats for her character to overcome. These are horror novels of top caliber, and the things creeping out onto the pages from other worlds are unique.

Where she really shines in the invention of monsters is in her Hollower books. These entities are so alien that they feel dangerous just to read about. They empty out their victims in an existentially horrifying way I’ve not seen written nearly as well with any other monster in any other writer’s hands.

My skin crawled as I read about these monsters observing us in our everyday activities. It was like being stalked by something unknowable as I read the book, like they could look out from the story and observe me the same way.

They inhabit victims to use for their purposes, they use the target’s knowledge to create specifically designed horrors, and as they leave the humans behind, that knowledge of us slips from their minds like less than an afterthought. 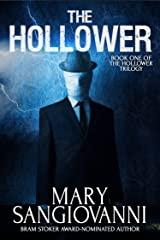 Stephen King utilized a particular type of horror I didn’t really have a name for. I called it the horror of being known. In a later work, he identified it as the horror of intrusion, and that was a better name by far. He was describing this otherworldly threat and the invasive way it crept into the character’s mind.

Mary SanGiovanni, in her work, and in The Hollower books in particular, uses the horror of intrusion with her monsters and her cosmic threats better than Stephen King in my estimation. I love Stephen King’s work and think he is an expert of cosmic horror in a way many readers don’t realize. SanGiovanni focuses that craft in a much more intense way, and her monsters in The Hollower are the best example of that among many great stories to her name.

She may have written cosmic horror partially by accident or instinct at first. Mary SanGiovanni may still just be writing monster stories like she originally thought, but she is writing great monsters with deep existential dread all around. You can’t go wrong with a SanGiovanni novel.

Get Behind the Door at Bookshop or Amazon

Get The Hollower at Bookshop or Amazon

LURID: Moral Panic in Poetry — A Quilt for David