The 10 Best Zombie Books You May Not Have Heard Of

I’ve watched a lot of zombie movies. I’ve watched a lot of really terrible zombie movies as a result. I’ve read a lot of zombie books and have written many myself. I had a zombie story included in Best Horror of the Year volume 5 edited by the legendary Ellen Datlow. I had a zombie story included in Zombies: More Recent Dead with Prime Books. For a few years, I ran a zombie book blog tour twice yearly, featuring the work of several fine authors in this subgenre of horror and apocalyptic fiction. What I’m saying is that I’ve put in my ten thousand hours to be an informal expert on the subject of zombie fiction. I feel confident in my opinions.

For this list, the ten books selected had to check off a specific list of criteria. They had to be great stories. They had to stand out from the shambling crowd of decaying narratives that slip down from good to fair to poor to unreadable. They had to be far enough out of the mainstream to not be known by most readers, even readers who enjoy zombie fiction as a rule. Some of them have a large niche of loyal readers, but the books are still underappreciated in my informal expert opinion. They all had to bring something different to the zombie trope than what I can find in any other zombie book.

While there are many more stories out there just as remarkable as these, I believe these ten books represent the best of the underappreciated zombie novels, stories, and series more readers should know about. 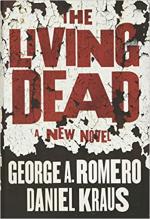 1. "The Living Dead: A New Novel" by George A. Romero and Daniel Kraus

If you’ve heard of any of these, it is probably this one. It was a little more mainstream, but still deserves more attention. Daniel Kraus was tasked with taking the late George A. Romero’s notes and partially written novel sections and finishing this epic. And it is epic. It’s a novel that makes me realize I need to write better stories, especially if I want to keep writing zombie stories. This book could be the greatest zombie novel I’ve ever read. If you don’t know who George A. Romero is, then you should check out his movies and get caught up.

Get The Living Dead at Bookshop or Amazon 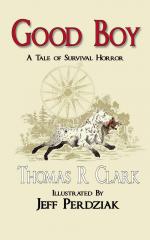 This short novel is excellent and unique. It follows animal protagonists through a zombie apocalypse. The dog characters are written as real animals as we get inside their heads through the action, not just talking cartoon characters. It has all the best elements of zombie and apocalyptic action along with the very best of animal protagonists. I’m reminded of the writing of Watership Down. That’s quite an accomplishment in a zombie story.

Get Good Boy at Amazon 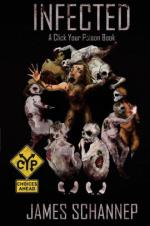 This is a choose your own adventure book and it is great. Schannep has several awesome choose your own adventure books for adult readers. He recommends the ebook version because you can jump easily to the right section with each of your choices, but the paperback is great, especially if you were a fan of these types of books as a kid. The key to this book is that the writing is really well-done. Excellent storytelling aside from the gimmick.

Get Infected at Bookshop or Amazon 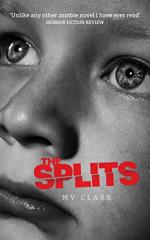 This used to have a much longer title. I’m glad she shortened it. It is a novel that covers an epic scale of time. It follows a mystery that involves a disease that causes the separation of body and spirit as both go on. It creates an interwoven story that is unique within zombie fiction on a number of fronts. You won’t find anything else exactly like it.

Get The Splits at Amazon 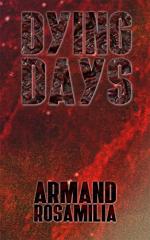 Dying Days is the first book in a complete nine book series. If you decide to read all nine books in paperback, you can arrange the covers to create a mural image. This series follows extreme zombies and fascinating characters surviving the end of the world in sunny Florida. Over the course of the series, the zombies evolve as does the main character. Each book is a quick read, and the story holds up all the way through. Several elements set it apart from other novels and series that attempt similar things but don’t quite achieve what Dying Days does.

Get Dying Days at Bookshop or Amazon 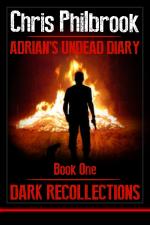 This ongoing series has some real depth and creativity. There are phases to the apocalypse. Silence and the threat of other people is used to greater effect in this book than any other zombie story I’ve read. There is plenty more to read if you enjoy book one, but this first book is worth the read even if you aren’t looking for a series.

Get Adrian's Undead Diary at Bookshop or Amazon 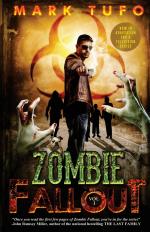 Mark Tufo has a large group of intensely loyal fans. The fact that I imply you might not have heard of his books would upset many of them. Let me emphasize that I am saying his work deserves more attention. He infuses humor, heart, and a driving action-packed story that has earned his audience. This is another book that provides many more sequels to enjoy, but you will be well rewarded reading book one, even if you don’t think you want to take on a whole series yet.

Get Zombie Fallout at Bookshop or Amazon 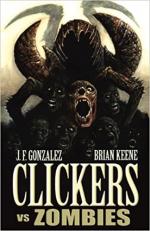 8. "Clickers vs Zombies" by J.F. Gonzalez and Brian Keene

If I made a list of the best zombie books ever, Keene might be on it multiple times. For this list, Clickers vs Zombies is the one more readers should know about. This work brings together the Clickers mythos of the late J.F. Gonzalez and the grand zombie universe of Keene’s intelligent and possessed zombies. It’s a wild ride that will have you hungry for the other works from both authors.

Get Clickers vs Zombies at Bookshop or Amazon 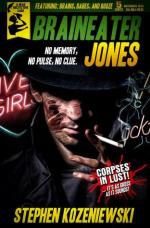 A noir mystery mixed with the reanimated madness of the zombie genre turned on its head. Kozeniewski is a great writer who shines most when he deconstructs a trope and turns it into something entirely new. This is one of the early examples of that skill at work. This story deserves more readers.

Get Braineater Jones at Amazon 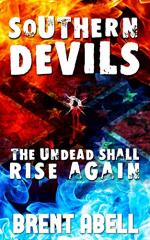 This novel follows a voodoo style zombie story with the dead being raised with a mission. It plays with allusions to the Lost Cause of the Confederacy as Southern soldiers are pulled from their graves to be tortured with another assignment. It shows the best work of an underappreciated author doing something new with zombies and historic fiction.

Get Southern Devils at Bookshop or Amazon

I could go on and on with this list. There are a lot of terrible zombie stories out there, but then there are some that show the best the genre has to offer. If you’re looking for something new with a monster that is old and falling apart, you can’t go wrong with the books listed above. If you read all these, I have plenty more suggestions. If you read all of those and are hungry for even more, I’ll be happy to send you a list of links to the zombie books I’ve written.

I always liked Loose Ends by that Jay Wilburn guy.....