If you want to be scared this October, turn away from the mainstream. Tell Publisher’s Weekly to piss off. And stop looking to big publishers to bring the pain.

If you want to get scared, go small. 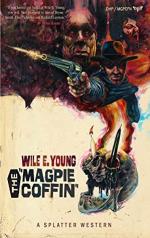 A Small Press Is Worth Following

You can follow a small press, like, Death’s Head Press, publishers of The Magpie Coffin, and if you find a couple things you like from them (you will), you’re on the path to a lot more fun.

You can’t follow Hachette. There’s not an aesthetic there. I’m sure they would say they have one, and they would be happy to describe it at length. But you’ve got David Sedaris, Jason Reynolds, Elin Hilderbrand. All great, successful writers, but I don’t think there’s a through-line to be found.

Smaller presses haven’t lost the thread of what a publisher does. If you like Death’s Head, you can walk over to their table at a con (when tables and cons are a thing again) and pick up just about anything from them, and you can reasonably expect you’ll enjoy it.

Following small presses is a great way to widen the stable of authors that you ALWAYS read when they come out with something new.

Get The Magpie Coffin at Amazon 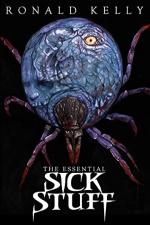 Books like The Essential Sick Stuff by Ronald Kelly and others from Silver Shamrock Publishing are definitely in the extreme category, something I don’t see a lot of from bigger houses.

It’s more niche, which doesn’t mean it’s unprofitable, just that it’s going to be difficult to get placed in bookstores, airports, all that shit. It’s not going to make the front page at Amazon.

And let's be clear: We need books that don't show up in goddamn airports.

Gross is good. Gross is great. And small presses aren't afraid to get dirty.

Get The Essential Sick Stuff by Ronald Kelly at Amazon 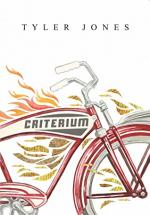 Independent publishing loves novellas, which seem to be not so fashionable for bigger houses. Their loss.

Novellas are perfect for horror. You get in, you shit your pants, you get out. It’s sort of like horror movies. When it comes to scare-em-ups, give me two 90-minute movies over a single movie that's near three hours.

Get Criterium by Tyler Jones at Amazon 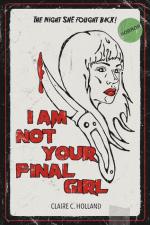 I Am Not Your Final Girl comes in at 91 pages of horror poetry! Hear me out: Even if this sucks, it’s not a waste of your life. It’s a waste of your lunch break. You get into a 600-page jobber, and you have to get a good hundred in before you can give it up with a clear conscience.

Get I Am Not Your Final Girl by Claire C. Holland at Amazon 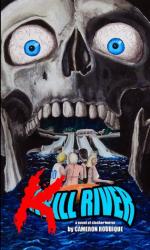 The Indie Spirit is Joyful

You can feel an energy, a joy in the writing on a lot of these indies, something you don’t feel as strongly with so-and-so’s 15th novel in the such-and-such series where you just know they’re like, “What book am I working on? The one that pays for my kid's new school clothes."

It’s weird to mix “joyful” and horror together, but you know it if you’ve felt it. It’s like watching Hatchet and its sequels: You can tell someone was having a blast.

Get Kill River at Amazon 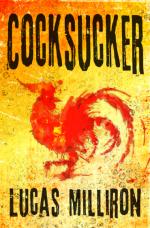 I mean, you can continue telling people you’re reading The Shining or whatever. But what if you could tell people you’re reading Cocksucker? The Fucking Zombie Apocalypse? Dead Stripper Storage? How about adding THAT shit to your Amazon wishlist? Your Goodreads “Currently Reading” list? If you want to get in on that fun, Grindhouse Press has you covered.

Get Cocksucker at Amazon 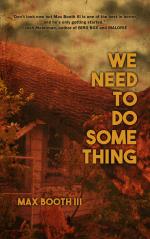 Mainstream books will have twists and plot devices. But small press is where you need to go if you want to be genuinely surprised. If you want to turn a page and say "Holy shit!" then get We Need To Do Something by Max Booth III and put out by Perpetual Motion Machine Publishing. 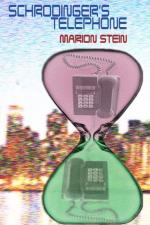 Just about every book is sold on a “It’s like X crossed with Y” pitch. “It’s like The Fault in Our Stars mixed in with Hunger Games!” Shit like that. Some great stuff doesn’t work that way. Because IT'S NOT LIKE THE OTHER STUFF OUT THERE! If you want something that’s original, look for something small, like Schrodinger's Telephone by Marion Stein.

Get Schrodinger's Telephone by Marion Stein on Amazon 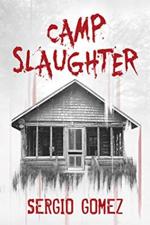 The mainstream idea of a new twist on an old classic is digging up the corpse of an old property and slapping a story nugget out of it.

Indies aren’t afraid to take a concept to a new, scary, fascinating place. They’re not afraid to experiment. Because there isn’t a giant budget and shit tied up in it. They can do what they want!

Which brings you great stuff like Camp Slaughter by Sergio Gomez. Like a camp slasher, but so much better.

Get Camp Slaughter at Amazon 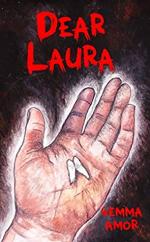 When You Don't Know What To Expect

That's the best time to be scared. Don't read ABOUT it, just read Dear Laura. Go in naked.

Get Dear Laura by Gemma Amor on Amazon 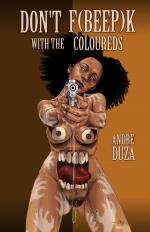 We're talking about a book called DON’T F[BLEEP]K WITH THE COLOUREDS now.

Deadite Press will not disappoint.

You can have your “sly, artistic meditations” on race in America with a couple scares in ‘em. I’ll take this. See you on the other side.

Your favorite small, indie, or even self-pub horror? List 'em. I'm not afraid to get small with you.