Why We Need Border Fiction More Than Ever

It's been a year since Donald Trump was elected President of the United States, and every day has been a battle. That sentence is to the point, painful, and accurate. But it's not a helpful statement. We need solutions. We need understanding and representation and the amplification of voices that are too often shouted over. This can happen anywhere. In the arts, in the sciences, in the business world. It can happen in classrooms and churches and offices. But where it may resonate most, and resonate longest, is in fiction. We need more voices in fiction.

I grew up in Tucson, AZ, a border town for all intents and purposes. It might not be Nogales or Douglas or any other town that runs right up to the border wall, but Tucson is a half-hour drive to Mexico. I lived next door to a family who, every weekend, drove down to Mexico to visit family or had family drive up to visit them. The only difference between what my neighbor and his family experienced versus what I experienced every weekend when I drove to my family's house across town was that my neighbor and his family faced a wall. They faced a line of cars and border agents and questions. 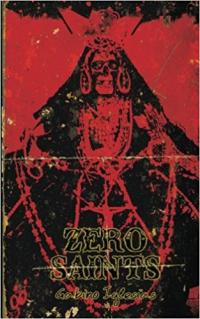 And now, Donald Trump wants a bigger wall. A longer wall. He wants more separation, and he's not alone. There are many problems here, but I think chief among them is a lack of understanding. I moved to Washington D.C. after spending most of my life in Tucson. I then attended graduate school in Philadelphia. The thing I realized after being away from the desert and being away from the border is that people that don't live near the border don't understand the region or the people.

And this is where writers come in. We need more voices from the region, and I don't just mean voices like mine. We need people of color, people who have lived both sides of the border, people who know the region better than me to tell their stories. And then, we need to amplify those voices. We can't simply rely on Cards Against Humanity to save us (although if I was going to rely on any company to do it, it'd be them).

The truth is, there are many writers already putting out border fiction, but we aren't doing our part to get that work into as many hands as possible. So let's start here with some suggested reading.

LitReactor's own columnist, Gabino Iglesias, is a great writer to start with. His portrayal of life north of the border and life south of the border interweaves with a story of crime and ghosts and religion and magic.  If that's not enough of a sell for you, just read the book's description:

Enforcer and drug dealer Fernando has seen better days. On his way home from work, some heavily-tattooed gangsters throw him in the back of a car and take him to an abandoned house, where they saw off his friend's head and feed the kid's fingers to...something. Their message is clear: this is their territory, now. But Fernando isn't put down that easily. Using the assistance of a Santeria priestess, an insane Puerto Rican pop sensation, a very human dog, and a Russian hitman, he'll build the courage (and firepower) he'll need to fight a gangbanger who's a bit more than human...

Iglesias manages to hit on the noir genre and the fantasy genre all while capturing the feeling of life near the border. Iglesias's voice, perspective, and style of writing make this required reading. So, do it, and pass it along. 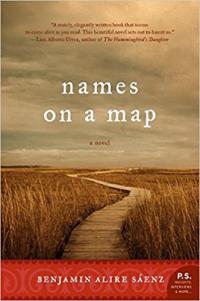 'Names on a Map' by Benjamin Alire Saenz

There are so many possible choices when recommending Sáenz's work. His collection of stories, Everything Begins and Ends at the Kentucky Club is brilliant. His YA is beautiful. His poems destroy you. But this book, Names on a Map, is most fitting for the time in which we are living. Not only does Sáenz capture life in a border town from the perspective of a Mexican family that lived through, fought against, and ran from the Mexican Revolution, but he captures a time in an America where a person's commitment to his or her country was defined by a willingness to just follow the rules. Follow what those before you have done, and you were a patriot. Question anything, question the war in Vietnam, and you were a Commie.

The themes are fitting, but it is Sáenz's portrayal of Mexican-American life along the border, honest and painful and wonderful all at the same time, that shines through. We need more of that. We need people in every corner of the country, every corner of the world, reading work like this and understanding lives that are different from their own. 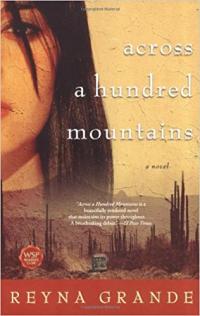 'Across a Hundred Mountains' by Reyna Grande

If this were strictly an immigration conversation, Reyna Grande's book would be fitting. But the time in which we are living is about more than immigration laws. It's about understanding others. It's about welcoming someone else's story, hearing it, placing it right alongside your own story and together growing stronger. So, Reyna Grande's novel about a young woman battling poverty and prostitution to illegally cross into the United States in search of her father is not only fitting, it is required reading. To read this book and not come away changed is to have not really paid attention.

And yet, we aren't paying attention. Grande and Sáenz and Iglesias are but a few of the authors putting their voices out there to be heard. There are countless others that we (myself included) have not yet found, have not yet amplified. If you write border fiction, write it truthfully. Share it with the world. And if you find a moving piece of work from someone who shouts out the reality of life along the U.S/Mexico border, shout it out louder for them. Write, read, become a megaphone. That is how the rest of the county, and the rest of the world, will learn and understand what it means to grow and live along the border. That is, I hope, how we can effect change.

Justin Hunter received his MFA from Arcadia University. His work has been published or is forthcoming in Typehouse Magazine, Corvus Review, and (b)OINK Magazine, among others.

Contents Unchanged: Don't Judge A Book By Its Packaging

Books Without Borders: Life after Liquidation

Don't Go Back: Avoid Spinning Your Wheels on Old Stories

The Second-Draft Slump: How to Get Through Edits

How to Hide Exposition Through Action

Forget the Love Poems This Valentine's Day, But Fall in Love With Poetry

Maybe I (who write extensively about the US/Mexico border) am the only one who notices that all the books define the border from the south.  Gringos can't write "border fiction"... at least not for gringo audiences.  This was brought home to me in a big way when I had a drink with the head editor at a large NYC publisher who liked my work but said, "Too bad you don't have a Hispanic name."   (Hint, hint...)   It's interesting to me that people are seeing a line that's only meaningful from one side perspective.