Once I listened to what Klosterman said, and once I read the book for myself, it was clear what he meant to do with it. And it was clear that he did something else, too. Something I can’t imagine he intended.

Raised in Captivity started with an experiment. Chuck decided to write 100 stories, each 1,000 words long. He worked on each story for a week, then moved onto the next (in one interview, an interviewer noted, “This seems like a very Chuck Klosterman idea.” Chuck’s response: “Well, I'm Chuck Klosterman.”).

Of course, once you get into the practicalities of publishing something like this, it doesn’t work. You have to get the stories edited, and then the edits have to be incorporated while maintaining exactly the right number of words. At the end of the day, it’s a monumentally impractical effort that almost nobody would care about outside a very small circle of fiction wonks who enjoy the experiments of Padgett Powell and Robert Coover. I also wonder if Klosterman realized that what he was doing with fictional nonfiction was far more interesting than a mathematical literary achievement, but even from my stance as obsessive fanboy, that’s not been made clear.

A fictional premise is lived out by fictional characters who address the situation in a realistic fashion.

Klosterman abandoned the rigid structure, retaining the stories themselves. Raised in Captivity was born of those efforts, and the result is a book of crisp, quick stories.

Fictional nonfiction is, as Chuck puts it, different from a collection of short stories by George Saunders or Ann Beattie. If you really like those and are expecting something similar, you're going to be confused when you pick up Raised in Captivity.

Each story in the collection takes a premise, sets it into our world, and then sees how it plays out in as realistic a way as possible. One anomalous, interesting event or idea has to be reconciled with the real world and the way real people might react.

One story brings you into a world like our own EXCEPT our main character encounters a puma in an airplane bathroom. This setup isn’t out of the question in any number of short story collections, but it’s the way the situation plays out that makes this story different. Instead of the puma emerging and attacking (horror story) or being a big metaphor for something else (literary story) or giving advice to a ptarmigan (that one David Sedaris book), the man who finds the puma closes the bathroom door, returns to his seat, and engages in a discussion with his seatmate about what he saw. They talk theories. Is it really there? If we assume yes, what are the most likely explanations?

So, to reiterate, a fictional premise (puma in the bathroom (to the tune of "Mirror in the Bathroom")) is lived out by fictional characters (who don’t actually exist but mostly behave in very realistic ways and feel like very real people), who address the situation in a realistic fashion. That's the core of fictional nonfiction.

That's what it is. But why does it kill the traditional short story?

Each story from Raised in Captivity is the antithesis of that story some fool brought into your fiction writing class. The story that probably had a title with a number, a scientific term, something raunchy, and a non-English word (“Synaesthetic Pussy Caesura #248”). The story that had an interesting phrase or two, but after the class discussed it for half an hour, you became more and more sure that the "real meaning" of the story was that this dope forgot it was his turn to workshop until about 2 hours before class, slapped some crap together, and passed it off as artsy.

We make two mistakes when it comes to stories that are very abstract. The first, we forget that while this stuff is fun to write, it's crappy to read. And seriously, do you think someone is going to stand around in a bookstore, shelves and shelves full of options, and try and figure out what the hell is going on in your story? Fuck no. Which isn’t to say that commercialism is the only reason to write, but to say that this is the sort of thing you should do at home, alone, and not bother other people with. It’s like playing scales on the trumpet. Good to do, great practice, but don’t jump on stage and waste a roomful of peoples' time.

These Stories Get To The Point

Lydia Davis writes stories that are clear. I know what’s happening. I understand the physical action. But I ALWAYS feel like I didn’t get the point.

Don’t get me wrong, there’s a part of me that loves this now and again. I like my Lydia Davis stories when I’m in the mood. I like my Harvey Pekar. But sometimes it feels like short stories mess around with obscuring the point because maybe, MAYBE, they don't really have one.

Klosterman’s stories don’t play that game. They get to the point. You won't find yourself asking that classic short story question: Why does this exist?

Something to Talk About 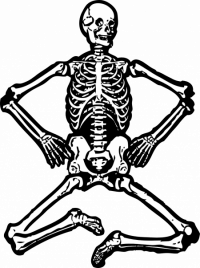 If you want to have a TERRIBLE book club meeting, read a book of literary short stories. Short stories, I love you, but you don’t make for great discussion.

When you read a book of short stories for a book club, it's hard to know what to talk about. Usually this is made worse by some lady name “Marie” who didn’t even read the stories, looked up academic articles ABOUT the stories, makes everyone else feel small by sharing her analysis, and leaves the book club the moment the booze runs dry.

Klosterman’s book isn’t like that. Raised in Captivity would make an incredible book club read. Because most of the stories seem designed specifically to give you something to talk about.

In one story (“Blizzard of Summer”), a rock band writes a song that performs reasonably well for a time, then becomes EXTREMELY popular with white power groups. The song was 100% not intended for this, does not contain any references to race or politics, and the group is as confused about it as anyone. Why this song became a hit among white power folks is a complete mystery to everyone in the story. So the question in the story is, “Now what do we do?” Do we stop playing the song? Do we give a little speech before performing it in concert? If we stop playing it, does that mean we’ve sort of turned it over to the movement that we don’t want to be associated with? We have to say SOMETHING, obviously, but what do we say?"

That, to me, is interesting to talk about. What would you do? How would you handle it? What are the options? Would the world believe the band?

Klosterman has created short stories that ask the reader questions about themselves, making the reading experience closer to a dialog in a genuine, fun way.

That’s the ultimate killing blow for the traditional short story. Instead of making it about him, Klosterman takes up his space on the page, then turns that space over to the reader. The reader doesn't have to finish up the story through interpretation or analysis. The reader can grab a beer with a friend and talk about one of these stories in an almost "would you rather?" kind of way.

I’m being a bit dramatic when I say Klosterman has “killed” the short story. I’m sure there’s many a short story yet to come, many in the forms I talked about in negative terms above.

I think what Klosterman has really done (which doesn’t lend itself to a pithy column title) is to offer readers and writers an alternative.

Writers: You don’t have to use metaphor and analogy. Language can do something other than distract from your ideas (or lack thereof). You can write a fictional story in a non-fiction style, and in a lot of cases, this might be the perfect marriage of style and substance.

Everyone: Instead of being at odds, fiction and nonfiction can combine and create something new, engaging, entertaining, and deep. Write your local library and demand they mash up both sections immediately. Cite this article.

Synaesthetic Pussy Caesura is my new band name. Or possibly the name of my first born child.

Community Manager
helpfulsnowman from Colorado is reading But What If We're Wrong? by Chuck Klosterman September 20, 2019 - 7:04pm

I might show up on time for a show if that was the name of the opener. Depends how many guitars they had.