Image free for use from Pixabay

Between the exploits of SpaceX making regular news, the successful landing of NASA’s Perseverance rover a few months ago, and the Ingenuity Mars Helicopter becoming the first aircraft in history to make a powered, controlled flight on another planet, it's an exciting time for space exploration. With an all-civilian space crew about to make history, who knows if one day there will be a Hudson News waiting to accommodate space travelers before a long (very long) flight to the Red Planet. Here's a few titles you might consider stuffing in your suitcase for the ride: 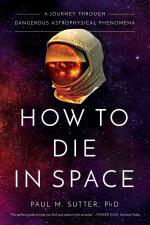 1. "How to Die in Space: A Journey Through Dangerous Astrophysical Phenomena" by Paul M. Sutter

Here's one fact I learned from this book before getting even a quarter of the way through: don’t hold your breath in the vacuum of space if you’re running out of oxygen. You'll still inevitably die, but it will hurt more. “As usual, everything’s always worse in space,” the author dryly states. If you enjoy humor as dark as a black hole and also want to know how one could theoretically eviscerate you, this is the book for you.

Get How to Die in Space at Bookshop or Amazon 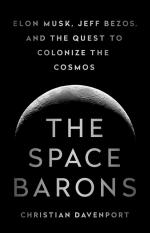 2. "The Space Barons: Elon Musk, Jeff Bezos, and the Quest to Colonize the Cosmos" by Christian Davenport

Have you ever wondered how someone goes about starting their own space exploration corporation? It is a strange thing to just go out and do, whether you love or loathe the people attempting it. The Space Barons is a deep dive into the lives of the billionaires who are reaching for a piece of the sky. If nothing else, the backstory and logistics of how a company like SpaceX came into being are interesting. "Space capitalism" is also a side topic that’s difficult to narrow down to one title. There’s also Liftoff: Elon Musk and the Desperate Early Days that Launched SpaceX by Eric Berger and Rocket Billionaires: Elon Musk, Jeff Bezos, and the New Space Race by Tim Fernholz, among others.

Get The Space Barons at Bookshop or Amazon 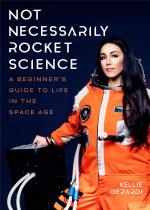 3. "Not Necessarily Rocket Science: A Beginner’s Guide to Life in the Space Age" by Kellie Gerardi

Amidst a flush of books about the tech moguls who are seeking to make humanity an interplanetary species, this title looks at space enterprise from a different angle. Gerardi’s overarching premise is that spaceflight is eventually going to impact all of us average people, and that a spacefaring future is one we all have a stake in. Her book is an invitation to the reader to step into the world of spaceflight. Space Is Open for Business: The Industry That Can Transform Humanity by Robert C. Jacobson explores a similar viewpoint that space exploration isn't the sole province of the very wealthy.

Get Not Necessarily Rocket Science at Bookshop or Amazon 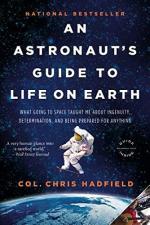 4. "An Astronaut’s Guide to Life on Earth: What Going to Space Taught Me About Ingenuity, Determination, and Being Prepared for Anything" by Chris Hadfield

Canadian astronaut Colonel Chris Hadfield has been fairly prolific in his writing about life on the International Space Station (ISS), publishing this memoir, a book of photographs portraying an orbit around the ISS, and a children’s book called The Darkest Dark about overcoming fear. He also has a Cold War thriller set in space called The Apollo Murders slated to come out this October. If you dream of visiting space, Hadfield's books (and his music) are some of the fastest ways to get there, at least mentally. 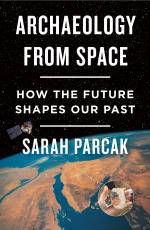 5. "Archaeology from Space: How the Future Shapes Our Past" by Sarah H. Parcak

If you’ve never heard of space archaeology, you’re not alone, but archaeologist Sarah Parcak has written this introduction to the rapidly growing and exciting field she's a part of to remedy that. To be clear, the focus of this work is on how archaeology can be conducted using satellite data, not about archaeologists going to space; although the author admits to receiving an astronomical quote for her field work from an insurance company that assumed otherwise.

Get Archaeology From Space at Bookshop or Amazon 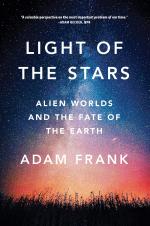 6. "Light of the Stars: Alien Worlds and the Fate of the Earth" by Adam Frank

In Light of the Stars, astrophysicist Adam Frank examines the potential for alien life from an existential standpoint. What does the possibility of extraterrestrial life mean for human civilization? Can human civilization even survive itself, regardless of whether we encounter anyone Out There? Frank’s writing is direct and accessible, and keys in on some of the most pressing questions related to the long term survival of humanity.

Get Light of the Stars at Bookshop or Amazon 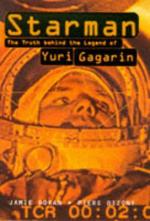 7. "Starman: The Truth Behind the Legend of Yuri Gagarin" by Piers Bizony and Jamie Doran

Perhaps unsurprisingly, as someone based in the U.S., I found plenty of titles related to the Kennedy legacy, but it was a bit more difficult to locate reading on the space program of our Cold War rivals. I was curious as to what literature was available from a historical perspective on the Soviet program. Starman is a biography of Gagarin, the son of a carpenter who became the first human to travel into space in 1961, and who died tragically only seven years later while testing a jet fighter aircraft.

Get Starman at Amazon 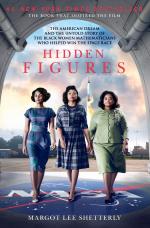 8. "Hidden Figures: The American Dream and the Untold Story of the Black Women Mathematicians Who Helped Win the Space Race" by Margot Lee Shetterly

Odds are high that you've already heard of this title, but a list of non-fiction books about space wouldn't be complete without it. Hidden Figures, if you live under a moon rock, is the story of the black female mathematicians whose work fueled some of NASA's greatest achievements. Hidden Figures follows Dorothy Vaughan, Mary Jackson, Katherine Johnson, and Christine Darden, taking a hard look at who history chooses to remember along the pathway to the stars and why.

Get Hidden Figures at Bookshop or Amazon 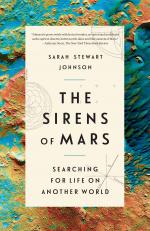 9. "The Sirens of Mars: Searching for Life on Another World" by Sarah Stewart Johnson

Most of the books on this list focus in on people and our relationship with space; the who, what, and why of getting there and back again. The Sirens of Mars does that as well, but it's also about the love of the planet itself. "Mars has been a blank canvas. And tenderly, our human seeking has rushed to fill it." Johnson, a planetary scientist, is also a keen storyteller and her poetic narrative makes for a compelling read.

Get ​The Sirens of Mars at Bookshop or Amazon 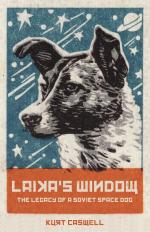 10. "Laika’s Window: The Legacy of a Soviet Space Dog" by Kurt Caswell

I have a hard time with any media that involves the death of an animal, but this title got my attention as a compassionate and well-researched history regarding the life, death, and media surrounding the stray dog who perished on Sputnik II. Laika’s Window is about “what we are willing to risk and sacrifice in the name of scientific achievement and our exploration of the cosmos, and how politics and marketing can influence it…[also] our search to overcome loneliness and the role animals play in our drive to look far beyond the earth for answers.”

Get Laika's Window at Bookshop or Amazon

If you’re looking for something for younger would-be astronauts (or even if you just want to watch books floating in an airlock), you might want to check out Story Time from Space, a project of the Global Space Education Foundation. Let us know in the comments which books you would pack for a trip to Mars.