2016 has kinda sucked, yeah? To name but a handful of reasons why:

We saw the rise of the Black Lives Matter movement in response to tons of unarmed black people being gunned down by police, and in the aftermath of that, more unarmed black people were gunned down by police; cops were also killed during this movement; there was an uptick in mass shootings around the world as well as right here in America, one of the worst being at the Pulse nightclub in Orlando, Florida; there was the horrific Bastille Day attack in Nice, France this past July, as well as the Brussels, Belgium bombing and the near-daily bombings and slaughter happening in Syria and the larger Middle East; Zika virus, Brexit, Hurricane Matthew; everybody's Samsung devices blew up; Bowie died, Prince died, as did every other musician ever (seemingly); Harambe died, Alan Rickman died, fucking LEMMY died (okay, he died in December 2015, but I'm counting it); and, of course, acts of unabashed racism have spread like wild fire during and especially in the wake of Donald Trump's successful bid for the presidency (OPINION ALERT: Not to mention, if you were thinking a moderately successful real estate mogul / celebrity personality and reality TV star with zero political background and a penchant for fear-mongering, jingoism, minority-scapegoating, and sly encouragements of violence stood a snowball's chance in hell of being elected President of the United States of America, you're probably feeling especially bummed right now. OPINION OVER.)

If you're already exhausted and reaching for the noose after just reading the above paragraph, hold off on ending things and read on. It is a cliché to say, but it will get better, one way or another. Sometimes, you just need a little distraction to get you over the slump, and these novels are here to take your mind off the all-out suck-fest that is 2016. If you're a particularly fast reader, you could probably blow right through them all before the new year, the TV safely dormant, your Reuters news app's notifications turned off, and your Facebook app deleted entirely. 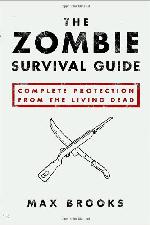 1. 'The Zombie Survival Guide: Complete Protection from the Living Dead' by Max Brooks

Unlike his follow-up book World War Z and shows like The Walking Dead, ZSG features almost zero political or sociological commentary veiled beneath the rotting flesh of undead hordes (and it can also spare you from the shitty writing on TWD). Nothing but pure comical escapism here, a "thoroughly-researched" and exhaustive road map for surviving the zombie (or lack thereof) apocalypse. You'll be entertained, and you might even learn a thing or two. 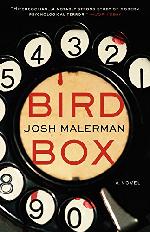 This novel isn't exactly light reading, but it is a character and plot-centric novel. Malerman creates a spellbinding apocalyptic world, but one that is tinged with hope rather than utter despair (unlike some apocalyptic novels; I'm looking at you, The Road). The protagonist, Malorie, indeed faces an arduous journey—she's taking two children to a rumored safe-place, all the while blind-folded due to the presence of creatures you cannot lay eyes on—but the author isn't interested in making her suffer inordinately; rather, his interests lay in showing us the power of resilience in the face of seemingly impossible circumstances. 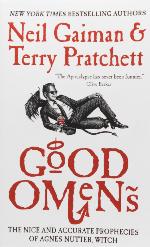 Hey look, another book about the world possibly-maybe coming to an end, delivered in a decidedly non-dour package. This novel is basically The Omen if it were written by Billy Wilder. It's fun, it's silly, and you are guaranteed to have a good time reading it (unless you're a total sour-puss, that is). Here's the first paragraph of the blurb, via Amazon:

According to The Nice and Accurate Prophecies of Agnes Nutter, Witch (the world's only completely accurate book of prophecies, written in 1655, before she exploded), the world will end on a Saturday. Next Saturday, in fact. Just before dinner.

Tell me you're not in for a good time with a description like that. 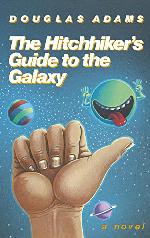 4. 'The Hitchhiker's Guide to the Galaxy' by Douglas Adams

Notice a pattern here? The world ends in this book too, but it ain't no thang. I feel like I don't even have to "sell" this one to you. The cover artwork alone epitomizes "happy place." The importance of towels, so long and thanks for all the fish, bad Vogon poetry, a guy named Slartibartfast, 42—it's all here. You can feel especially warm and fuzzy if you read this or any of other books in the "trilogy" when you were young. Nothing like a good trip down nostalgia lane, right? 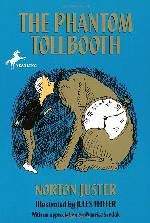 5. 'The Phantom Tollbooth' by Norton Juster with illustrations by Jules Feiffer

Talk about a nostalgia kick. A magic game transports an excessively bored young man to a fantasy realm featuring a "watchdog" with clocks on its body, a place where learning, thinking, and exploring the world over are the ticket to success. That sounds lovely. As this is a children's book, you could easily spend an afternoon soaking this one in. Or maybe read it several times over in the course of the day. Just shut all the curtains and blinds, brew some coffee, and get lost in a fantasy world of your own. (Yes, I recognize the irony in shutting yourself off from the world in order to enjoy a book that's all about appreciating the world around you, but I'm sticking to my guns.) 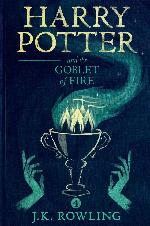 6. 'Harry Potter and the Goblet of Fire' by J.K. Rowling

The fourth installment in the Harry Potter saga gets pretty dark, but really only at the beginning and the end of the novel. Everything in-between, the whole Goblet of Fire tournament, is pure magic escapism joy. If you were to spend an entire day reading, this book might take about as much time to gobble up as a marathon of all eight Potter films, and while I'd never begrudge you a day spent vegging on the couch with the TV on, if you're a fan of the movies but have never cracked one of the books, now is as good as time as any to start. 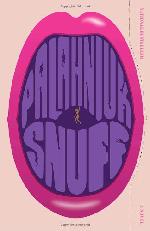 It's raunchy, it's kinda gross in a lot of places, and it's absolutely fucking hilarious. Some in my circle of friends have criticized this book for lacking the sociological heft of Palahniuk's other novels, especially Fight Club, Survivor, and even to a certain extent Choke. But fuck that. One, there's a good bit of commentary on the porno industry here, and two, see my statement above: Snuff is absolutely fucking hilarious. It's rare a book can make my face hurt from laughing, but this one did just that. It's a quick read too, which means it's a quick reread. Do yourself a favor and pick this one up. 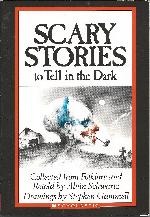 8. 'Scary Stories to Tell in the Dark' by Alvin Schwartz, with Illustrations by Stephen Gammell

Note the name in the title: Stephen Gammell. Don't get the "remixed" books that came out recently, as those have new, "less scary" images from a different artist entirely. If you grew up with these books, you'll want the warm and fuzzy feelings from Gammell's original artwork, and if you're unfamiliar with the series, you'll want the complete and true experience that only Schwartz and Gammell can provide. Get horrified with tales like "Me Tie Dough-Ty Walker" and "The Wendigo," and laugh yourself silly with goofball stories like "The Viper." You deserve it. 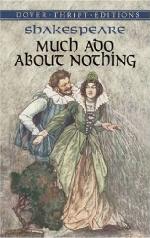 9. 'Much Ado About Nothing' by William Shakespeare

The title says it all. Yeah, there are a few serious bits in this play (as there is with just about any narrative), but the rest is fun and frivolity—well-crafted fun and frivolity at that. Of particular comical note is Dogberry, a rather inept constable who speaks in malapropisms and overstatements. Consider this passage, when asked what offenses his prisoners are accused of: "Marry, sir, they have committed false report; moreover, they have spoken untruths; secondarily, they are slanders; sixth and lastly; they have belied a lady; thirdly, they have verified unjust things; and, to conclude, they are lying knaves." 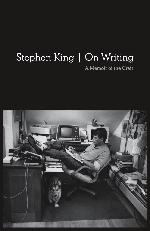 What better distraction than a little education and craft-building? If you haven't read this one, now's the time. If you have, why not take some time to bone up? And sure, King candidly talks about some of his darkest times in this text—his battles with drugs and alcohol—but it's all in the name of teaching you to be a better writer, about channeling your demons into your fiction, using dark times to your advantage rather than letting them get the best of you. Perhaps that's the best means of distraction right now—not only to take some personal time and go to your happy fictional places, but also to sit down at your typewriter, your computer, your notebook, your tablet or smartphone and get to writing. Channel those dark thoughts, that depression, that anger, into something tangible, something meaningful. You are a writer, after all, yeah? Take inspiration from these books, and make something new out of it.

What other "happy place" books would you add to this list? Tell us what you think in the comments section below.

i think the "opinion alert" showed up a little late...

This is a great list. I've been reading The Manchurian Candidate. It started out as a fascinating, fun experience in the spirit of election season. Now, I'm struggling to get through it because this election cycle exhausted and angered me. Once I finish this book, I've got to pick up something based in a fantasy realm or something. Maybe science fiction. Not sure which would be the better option.

We provide home sellers with a cash option to purchase their property quickly—with NO Repairs, and NO Fees or Commissions.


Avoiding foreclosure? Facing divorce? Moving? Upside down in your mortgage? Liens? It doesn’t matter whether you live in it, you’re renting it out, it’s vacant, or not even habitable. We help owners who have inherited an unwanted property, own a vacant house, are behind on payments, owe liens, downsized, and can’t sell… even if the house needs repairs that you can’t pay for… and yes, even if the house is fire damaged or has bad rental tenants.

Basically, if you have a property and need to sell it… we’d like to make you a fair cash offer and close on it when you’re ready to sell.