10 Horror Movies I Wish Were Novels

Think about some of the best horror movies and you'll end up with a list packed with films that came from novels. Need a bit of help? Here are some off the top of my head: The Shining, The Exorcist, Psycho, Carrie, Cujo, The Serpent and the Rainbow, every Frankenstein movie ever, Hellraiser, Dracula, The Amityville Horror, Rosemary's Baby, The Descent, Angel Heart, Jaws, The Silence of the Lambs, Re-Animator, Pontypool...the list goes on and on and on. The point is that the relationship between horror movies and literature is a tight one. That being said, there are some films out there that I truly wish I could consume in novel form for a variety of reasons. Here are some of them: 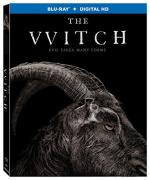 This was one of those rare films that actually lived up to the hype. The atmosphere was superb and the gory bits were amazing. However, can you imagine literary descriptions of the inside of the house or a few passages about the woods or Black Phillip? I mean, "Wouldst thou like to live deliciously?" is an outstanding line, but it would have had an ever bigger impact if you came across it on the page, no? This movie brought together a plethora of elements that worked very well within the context of time and place offered in the film, and I suspect that, in capable hands, those elements, scenes, and characters would work just as well in a novel, and I'd love to read it. 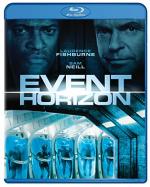 This is one of my favorite horror movies and one of the films that I've seen way too many times in my life. However, it feels a bit short and I would love to get a larger narrative that explored more of the fears and nightmares of the ship's crew while everything around them goes to hell. I love scary science fiction, and this movie embodies everything I love about it. A novel version of this, at least in my head, is a larger, deeper, darker trip to the scariest corners of the human psyche and a superb opportunity to deliver extremely graphic descriptions of mutilation and violence in outer space. What's not to love about that? 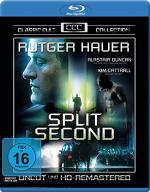 You know who hated this movie? A bunch of critics. You know who's a critic? Me. You know who needs to shut the fuck up? The critics who hated this movie. First: Rutger Hauer is a deity and should be treated as such. Second: a futuristic, submerged London is one of my favorite settings for a gory, big-guns-and-a-hungry-alien narrative. Okay, so this wasn't Oscar material, but it was violent, cheesy, wonderful, a bit silly, gory, and pulpy (that public bathroom scene, right?), and that makes me wish I could go to my shelves and read it again and again on cold, boring nights when nothing on Netflix appeals to me. 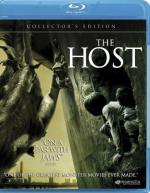 Action? Check. Drama? Check. Underwater monster? Check. I could go on, but those three are more than enough for me to want to read this. Severed Press puts out underwater monster novels, and this would be right up their alley. The pace is great, the creature was not a letdown, the father is easy to sympathize with, and the action sequences were tense and enjoyable. Now all we need is someone to crank the dial on those elements up a number or two and give us a readable version of this with a giant monster on the cover. 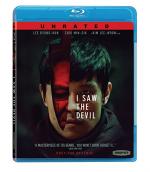 I Saw the Devil

Okay, I know this is more of a psychological thriller than a horror movie (just like The Babadook), but I really, really want to read this. Also, there's enough darkness, tension, and murder in the air to make the argument that this touches on horror. In any case, the point is that Devil has enough twists, and enough twisted psychology, to merit a written version. And now I'm thinking of some other Korean films I'd love to read... 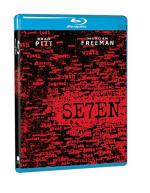 Maybe it's because I'm a writer, but there are scenes in this movie that appear to me almost as paragraphs. The fat guy slumped on the table and the skinny monstrosity wasting away on the bed under all those car air fresheners? Those scenes I always remember as if I'd read them instead of watched them. Something about them is wonderfully cinematic, but in a literary way. I know that explanation sucks, so apologies. What I'm trying to say is that this movie, besides the solid dialogue, plot, acting, and surprises has a wealth of details that make me want to stop it and study it the way I would a superb passage in a novel. 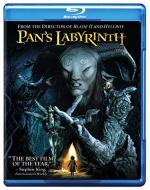 Guillermo Del Toro writes books, so I'd be perfectly happy with his novel version of Pan's Labyrinth. Given more space and time, can you imagine the creatures he'd give us? The detail with which he'd describe the labyrinth garden? The insights we'd get into Ofelia's thoughts and feelings? I love this film, but there's a little voice in the back of my head that keeps telling me an 800-page book by its creator would make me even happier. 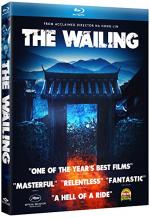 Of all the movies on this list, this is the only one I didn't completely love. Don't get me wrong, this is a great film, but as someone who loves fast-paced narratives, the speed of this film made me wish it was at least 40 minutes shorter. Then it struck me: a novel version of this would work better because I could just read those slow parts faster (no, watching something in fast forward is not the same as reading fast, so don't start). There's also a creepy darkness in this film that I'd love to encounter in literary horror. Oh, and a smart editor would have made that zombie fight scene shorter and sharper. Guaranteed. 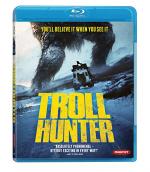 A lot of running around, a handful of likeable characters, and really big trolls. This, my friends, is a short list of very good things. The movie took me by surprise because I hadn't read anything about it and simply clicked on it because I love to punish myself with found footage films. This turned out to be one of those rare gems that keep me going back for more punishment. However, halfway through it, I started wishing I could read it instead of watch it because I know that would make the trolls even better. Remember: what your brain shows you while reading > what movies can show you with special effects. 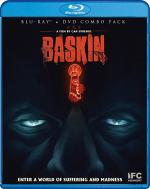 A little surreal, gloomy, gory, wonderfully tense, a tad sexual, and bizarre: perfect things about this movie that would also make it a great novel. Plus, I think Mehmet Cerrahoğlu is so awesome he belongs in a book. Think about it: this kicks off as a noir that turns into a mystery and quickly spirals out of control and ends up as a crazy, brutal, strange narrative about a weird man and his underground cult of weirdoes. Yeah, this is one of those rare times in which I'd click on the pre-order button regardless of who wrote the novel.

So, which movies not based on books would you like to see turned into books? Sound off in the comments.

Glad to see the I Saw the Devil love. I adore and hate this film all at once. I adore it not only for the obvious reason of its brilliance, but I'm also a huge fan of revenge flicks. I hate it because of how it made me feel about revenge at the end. It's truly thought provoking and will make you think about taking matters into your own hands.

Brilliant, brilliant movie that I would read the shit out of if it were a book. I might watch this again tonight.

Joshua Chaplinsky from New York is reading a lot more during the quarantine May 1, 2017 - 5:19pm

Never heard of Split Second. Will have to check that out.

My two cents: The Wailing was kind of a mess—three different movies in one.

Thanks, Steve! We gotta talk Korean films one of these days.

Can't argue with you there, Joshua. It would've been better if it was 45 minutes shorter.

Well there is an Event Horizon book, but it came after the movie so it doesn't touch a lot of ground that the movie didn't. https://www.amazon.com/Event-Horizon-Novel-Steven-McDonald/dp/0812540069

I'm glad you included Se7en on the list. It feels broken down as if from a novel: seven murders, seven chapters. And there are enough precious character moments sprinkled throughout that most movies never incude.

Se7en may not be based on a novel, but there is a companion graphic novel. Its from the perspective of the killer and moves in parallel to the film. Its long out of print and hard to get a cheap copy of, but totally worth pursuing if you're willing to shell out.

I love watching horror movies. Thank you so much for the list. I will all of them one by one this weekend on my movie app UkMovNow. This app is very useful to find all the movies at one place.

Watchers of the horror moves will get lots of enjoyment with take tour of this site that bring new list for them. For writing of perfect works we can hire best essay au service that also cheap in charges as compare to others.

We are a group of folks who love using unique chairs and searching the great deals. If you are looking for independent testing...