Last month I had, for one week, a real, honest-to-god, grown-up writing job.

It involved some writing, and a whole lot of editing. Some social media stuff. Getting stuff in from other writers. The whole bit.

I learned some shit.

I’ll admit, when the gig came along, I saw dollar signs.

Just to provide context here, I’m not totally broke, but I did have a dream last week where I opened up an envelope with a $3,000 check inside, and I’m embarrassed by how hard I tried to will myself back to sleep after I woke up from this dream.

I’ve heard people have sex dreams like this, so good that they try to go back into them after waking up. Me? A dream about a couple thousand bucks in an envelope has me squeezing my eyes shut and folding the pillow around my face.

So while the writing gig wasn't huge money, it was nothing to sneeze at, and I was pretty excited. Until I realized that editor money is earned. Holy shit is it earned.

Editing other people's stuff is hard work. And it takes time. And it never happens at your convenience.

I found myself working harder than I did for my 9-5, setting my alarm earlier, staying up later, sweating. It was damn hard work.

No wonder J. Jonah Jameson is always in such a lousy mood.

2. Proofing stuff you know nothing about is really hard 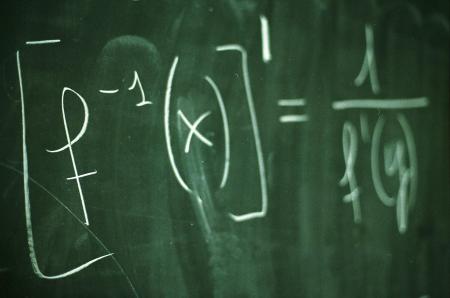 When it's 1 A.M. and you're proofing a piece you know nothing about, a piece about theoretical physics, or more likely but just as confusing, a piece about the appeal of Ariana Grande, that’s when you’re truly knee-deep in the damned.

There are two ways you can go about editing something you know nothing about. You can stay up for another hour, learn all about a subject and fact check, or you can just say "Screw it!" and blindly hope everything’s accurate.

My advice is to go the learning route. You’ll probably still be proven wrong by an internetter's snarky tweet at some point, but when that happens, you'll be able to mount a more insulting, knowledge-based comeback. And that's what really matters.

3. Set a limit for how long you’ll berate yourself when you fuck up

Because believe me, you will fuck up. It probably won’t be earth-shattering, but you’ll fuck up.

I won’t say that you shouldn’t beat yourself up at all. When you fuck up, you have to fix it, and you have to try and prevent it from happening again. A light beating is standard operating procedure.

And while you’re busy beating yourself up over your last fuckup, you’re distracted and committing your next fuckup.

When someone asks if you'll take on a writing gig, say "Yes." You'll never know if you can handle it until you say "yes" and then stay up too late and piss off your partner and screw up someone's non-American phrasing.

A writing job is where the world of art and the world of work collide, as Powerman 5000 would say (by the way, the Powerman 5000 page on Wikipedia has an incredible chart that shows which band members were active when. Highly recommend).

I should have known this collision between writing and job would happen. The words "writing" and "job" are pretty front and center in the phrase "writing job."

The only way to stay sane is something I call organized flexibility.

Pretend you're working for a web site that puts up two pieces of writing a day, all by different authors. Piece Of Writing A isn’t in yet and you're up against the deadline? Then you need to put up Piece Of Writing B. Which isn’t a problem, except now you’ve gotta change around your social media posting schedule, squeeze something else into a different spot, and generally move a bunch of shit around.

You can handle it. The trick is to plan a little bit, but not down to the minute, not planning so much that when one thing changes, your whole house of cards collapses.

Art happens when it happens. Work happens on a deadline.

5. My god, if you’re editing something, check where the writer is from

Before you, let's just hypothetical-ize here, expunge the UK-ness from someone’s writing voice, it's probably a good idea to check if they are actually from the UK. Because they might be, and then you feel like a real asshole.

6. Your first week on the job is not the time to break the mold

You know how in old Superman comics Lois Lane was really ambitious, but her ambition meant that she was always falling off of a tall building or something? That's what your ambition does your first week on the job. It sends you flinging off heights with no safety net. Instead of being cradled to safety in the muscular arms of Superman, you're face-first into the pavement. Or possibly a hot dog cart. Which makes you both a dead person and a monster who ruined hot dog lunch.

You might want to do things differently when you start a new job. You might have lots of ideas of how the joint could run better. But trust me, the first week is a terrible time to change things up. You'll be too busy doing the minimum that's required to keep the ship straight.

7. When someone makes a list of X things, you actually have to count that those X things are present

That sounds dumb and easy, but it’s not. Granted, I’m a product of a public education system where we watched Channel 1 News every day, a program which was mostly a vehicle for Gatorade Frost commercials. So I might just be an idiot.

I recommend making a paper list off to the side where you write out each item next to its number. You'll feel stupid, but trust me, you'll feel stupider when you (and all of the internet) realize that a list of the 5 best Powerman 5000 songs only has 4 songs on it. 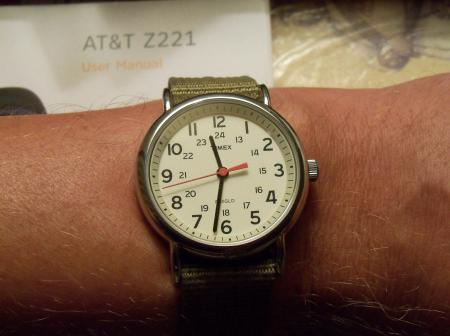 If you take on a job, you have to cut something else out of your life. And I would strongly advise that you don't cut out sleep, personal relationships, or meals. Unless you’re eating at Subway, because you might as well not even bother. Also, don't bother with the personal relationships if you're taking your dates to Subway. Anything Subway-related doesn't count.

Make a conscious decision about your cuts before you get started. Don't just figure you'll wedge everything in. Because wedge it in you will, and it's not going to be fun. No one likes a wedgie.

9. Moving up the ladder really does change things

There are times, in my regular career, when I long for the days when I had less responsibility. And in stepping up to a new level in the realm of writing, I saw that part of me is right to be wistful for a more carefree past.

When you’re doing something mostly for love or for fun, you’re free to get a little wilder. When you’ve got a couple people above you, you can cut loose and count on someone else to reign you in if that’s what’s needed. If the person above you hates the Powerman 5000 reference you slipped in, then they can clip it right out.

But when you’re nearer the top, you’re responsible for everything. There’s no one to put you in check. That’s a big ass deal.

There's a definite advantage to being an underling sometimes.

When someone asks if you'll take on a writing gig, say "Yes."

You'll never know if you can handle it until you say "yes" and then stay up too late and piss off your partner and screw up someone's non-American phrasing.

If you want a writing job, you have to say yes to writing jobs. You can't wait for the perfect, ideal gig to come along. Say "yes" to some things, try them out, and if they don't work out, then you learned something about yourself. And you can always quit and do something else. I saw that Powerman 5000 has an opening for someone who can operate turntables...

9 Signs You May Have Over-Edited Your Work

It's Just Books: 5 Reasons It's Okay to Quit Writing

"Art happens when it happens. Work happens on a deadline."

I'm about three years off from making this my life. I just need to get a few more fundamentals down (not really, but it makes me feel better to have an excuse for not living the life I really want) and then I will be joining the world in real work. Right after I get my MFA.

Right when I finish my MFA and realize I have to pay for it all now that it's over.

Right after I finish my MFA, along with every one else from other MFA programs, and all the years prior from each program, and realize there are no jobs at the University level, or community college, and high schools won't accept me because I didn't learn English on the education track during my undergrad, so there are no jobs, the populations is exploding around the world, but all the jobs are becoming automated so there are fewer jobs, and even if I do get a job, no one will want to pay you well for it, because it's "just writing," and then I will find myself living out of my Jeep near a Starbucks so I can use their wifi so I can do my job from the back seat, and I can't move home with my parents because my brother's kids have taken all the rooms and beds, and take the few dollars I do earn to pay off my loans, and afford a gym membership so I have a place to shower and no one looks at me weird if I wear the same thing everyday (not many anyway), then, and only then, will I be ready to pursue my true destiny as a full-time writer.

But I'm ready for it because I'm an OIF vet and homeless living was part of the promise.