In September, the horror-streaming service Shudder launched a brand-new Creepshow series, acting as a continuation from the first two feature-length anthology films released back in the ’80s. For the uninitiated, the first Creepshow movie was created as a homage to the EC horror comics of the 1950s (think stuff like Tales from the Crypt). What makes this movie so exciting is the absolute rockstar collaboration between Stephen King as the film’s writer and George A. Romero in the director’s chair. Plus, as many of us already know: behind every great horror film is Tom Savini creating the special effects. Simply put, this film looks gnarly as hell, and it’s probably responsible for making hundreds if not thousands of children in the ’80s lifelong horror diehards.

But now there’s a show on Shudder with the same name, each episode consisting of two separate stories. Greg Nicotero serves as the program’s producer; a name you probably recognize as the special make-up effects supervisor on The Walking Dead. Season one wrapped a few weeks before this article’s publication. Viewers saw adaptations from works by folks like Stephen King, Joe Hill, John Skipp, the Lansdales (Joe, Kasey, and Keith), and Josh Malerman (Josh’s segment probably being the best of the entire season). Personally, I found the series pretty hit-and-miss, but there were enough hits to make me interested in another round of episodes. Luckily, it’s already been renewed, so it’s only a matter of time before it returns with brand-new scares.

So, just in case Shudder’s in the process of scouting extra talent to make their next season of Creepshow even stronger, I’ve come up with a list of ten kickass stories I think would make excellent adaptations. These are stories that perfectly fit the Creepshow aesthetic. Many of them incorporate disgusting creatures, as well as many other traits often found in old-school horror comics. None of them take themselves...too serious. Not only are these stories spooky, but readers will also have fun while going through them. These writers know what the hell they’re doing. With these stories, they’ve already provided strong job resumes; now it is up to Shudder to give them proper consideration. 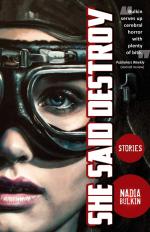 Reprinted in She Said Destroy, 2017

Nadia Bulkin’s She Said Destroy is one of those collections I find myself returning to over and over. Her fiction is so...unique; something similar in quality couldn’t possibly exist. One of my favorite stories from this collection is near the end of the book. “Absolute Zero” reads very much like a fairy tale plucked straight out of an EC horror comic. In it, a boy discovers the identity of his real father: “a thing with the naked body of a gaunt man and the head of a dark, decayed stag.” What follows from this revelation is horrific and something I won’t dare spoil for you, but goddammit, it would make an excellent episode of Creepshow. Hire the person who created the monster in The Ritual to do the special effects, too. 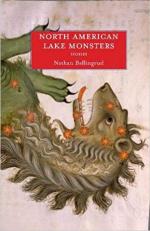 Fifteen-year-old Joshua has a vampire trapped in his crawlspace, and he’s not going to invite it inside the house until it’s finished changing him. Sometimes they just hang out on either side of the crawlspace and debate in existential conversations. Nathan Ballingrud is one of the best short story writers the horror genre has to offer, and this is perhaps one of my favorites he’s published. It would make a killer Creepshow segment. Hell, so would most of the stories in his collection, North American Lake Monsters, if I’m being totally honest here. 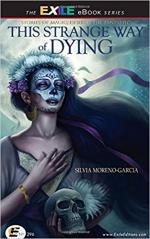 Published in This Strange Way of Dying, 2013

Somewhere there is a war, and on these battlefields exists a scientist nicknamed the Cemetery Man. He is a necromancer who collects dead soldiers, turns them into zombies, and sends them back out to continue fighting. Catalina is the latest victim of Cemetery Man’s diabolical experiments, only she isn’t going to allow his plans to unfold without one hell of a fight. The first season of Shudder’s Creepshow had a military segment, and I feel next season they’ll probably want to continue this trend with another one. “Cemetery Man” is exactly the kind of story they’ll be looking to adapt. 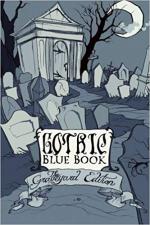 EC Comics earned its legacy by spooking children. In a way, the structure of Jessica McHugh’s “Auntie Grave” mirrors what we remember best about these comics. There’s a little kid who should have already gone to sleep, and an older sibling telling them unsettling fairy tales about monsters that shouldn’t exist. Jessica McHugh is a kickass writer who’s published in just about every genre you can list. “Auntie Grave” is probably her scariest story. I’d also highly recommend our Creepshow overlords to consider McHugh’s “Things She Left in the Woods”, which was published in an anthology I edited and published titled Lost Films. It deals heavily with weird forest stuff and sweet, sweet revenge. 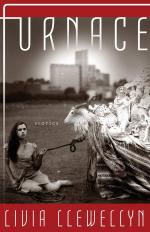 5. “It Feels Better Biting Down” by Livia Llewellyn

Something is inherently creepy about the suburbs. Lawnmowers snarling like angry beasts. Neighbors smiling wide and bright, far longer than any normal person should possibly smile. Cul-de-sacs offering zero chance of escape. Strange women standing in the middle of yards, raising the question of whether you’re staring at a real person or a mannequin—either way, they’re staring back at you. Livia Llewellyn’s “It Feels Better Biting Down” is the kind of short story that I absolutely adore: it takes something mostly familiar, then twists it just enough to allow a vague sense of unease to slowly leak out. This story would also pair well with an adaption of Stephen King’s “Survivor Type”, surprisingly enough. Two words: lady fingers. 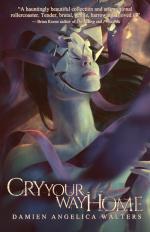 A kid approaches another kid and asks him if he wants to see a monster. But don’t worry, it’s already dead, and it smells, it smells real bad. Unless you’re a scaredy-cat, of course. Monsters make or break a good Creepshow installment, and I’m pleased to report the monster in “The Judas Child” kicks ass; although, like any good monster story, it also exceeds past its basic roots and morphs into something truly haunting. I love the short fiction of Damien Angelica Walters, and this is a perfect example of her at her best. 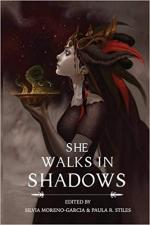 7. “The Thing on the Cheerleading Squad” by Molly Tanzer

Published in She Walks in Shadows, 2015

I mean, come on, just the title alone should be enough persuasion for Creepshow to open up their wallets. Luckily, the actual story is also very good, which shouldn’t be too much of a surprise, considering the author. Molly Tanzer is a champion of the craft, and if you aren’t reading her fiction yet, now’s the perfect time to correct past mistakes. “The Thing on the Cheerleading Squad” starts with a girl returning home from Bible Camp and discovering her cousin has drastically changed since the last time they spoke to each other. A premise like that could go in many directions, surely, but keep in mind this was originally published in She Walks in Shadows, an anthology of Lovecraftian horror. 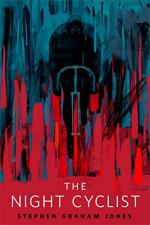 Like every good Creepshow segment, “The Night Cyclist” is relatively simple in plot: a middle-aged chef encounters something ghastly during one of his nightly bicycle rides. If you’ve ever read anything by Stephen Graham Jones before, then you already know why this is a must-read. Everything SGJ releases feels so exciting and full of life, and this novelette is certainly no exception. To say anything more about the story would be a disservice for those who haven’t had the honor of reading it yet. But let me say this: those after a creature feature episode of Creepshow would definitely have their money’s worth with this adaptation. 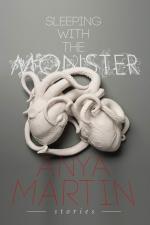 Reprinted in Sleeping With the Monster, 2018

One of the grossest things I ever saw as a child was the cockroach segment in the original Creepshow, and I think that’s something this new series on Shudder might be lacking: insects. Thankfully, Anya Martin is already way ahead of us: “Boisea trivitata” will make you gag and wretch and boy oh boy, it sure is a lot of fun. But seriously, though—ick. This story has Creepshow written all over it. 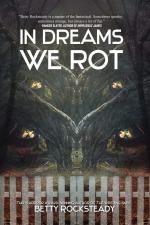 10. “Tiny Bones Beneath Their Feet” by Betty Rocksteady

Okay, let’s get this out of the way. “Tiny Bones Beneath Their Feet” was originally published in an issue of Dark Moon Digest, which is a quarterly horror magazine I publish and edit with Lori Michelle. So, yes, obviously there is a bias factor at play here—however, I feel comfortable promoting the story in this article now that Rocksteady has reprinted it in her debut collection, In Dreams We Rot. This is a story that deals with dozens—if not hundreds—of stray cats, and the people who are in charge of protecting them. It’s also very much a cosmic horror tale. If the combination of those things excites you, then I cannot recommend this enough. I also really like the idea of Creepshow having to wrangle all of these cats on set. Can you imagine how freakin’ adorable that would be? Hell, while I have you: another story of Rocksteady’s from In Dreams We Rot that I would recommend for Creepshow is “The Botany of Desire”, which would pair well with “The Lonesome Death of Jordy Verrill”. Basically, if Creepshow’s second season doesn’t feature Betty Rocksteady in some capacity, we riot, and that’s all there is to it.

What short horror stories would you like to see adapted for Creepshow?

Creepypasta: Is Any of it Worth Reading?