A lack of live sports has been tough on fans, and looking through YouTube for old footage doesn’t satisfy most of us for long. The Last Dance on ESPN helped for a few weeks, but that’s over now, and nothing like it appears to be on the horizon. Fortunately, there’s an abundance of literature about sports to keep us going in the coming weeks and months as we wait to see how and if our beloved contests will return.

Back in 2018, Michael Nye published an article here on LitReactor about some of the best novels involving sports. Definitely check that out as well, it’s great. I won’t repeat anything Nye said, but I’ll suggest a few more novels, and delve into other genres in order to suggest some of the best writing about sports that will hopefully get us fans to the other side of this pandemic.

The most romanticized sport, at least in America, it’s no coincidence that there’s a plethora of great writing about baseball. Here’s a classic book and a more contemporary one to keep you afloat as we wait to see how ball players come back. 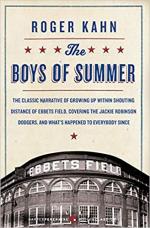 "The Boys of Summer" by Roger Kahn

Arguable the best baseball book, it deals with everything we think of involving America’s pastime: youth, nostalgia, and the ephemeral nature of even our most cherished institutions. Following mostly the Brooklyn Dodgers of the 50s, this book is a window in baseball’s golden age.

Buy The Boys of Summer from Bookshop or Amazon 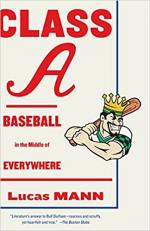 "Class A" by Lucas Mann

The author spends a year with the Iowa City minor league baseball team, and not only profiles the players, but also the fans, what the team means to the city, and how baseball fits into a changing landscape in middle America. This book shows the breadth of impact baseball has on a smaller community.

Buy Class A from Bookshop or Amazon

If you watched The Last Dance, like the rest of sports-starved America, then you’re almost certainly starved for more excellent basketball content right now. There’s no shortage of books about hoops, but here are some of the best to get you going: 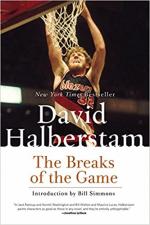 "The Breaks of the Game" by David Halberstam

Halberstam won the Pulitzer for his reporting in Vietnam, and this look at the Portland Trail Blazers’ ’79-’80 season applies all those talents to the game of basketball. He looks not only at the contests, but the personalities of the players, and the social context of what occurred. It’s an indispensable book for those who not only want to understand the NBA, but also the country during that time period.

Buy The Breaks of the Game from Bookshop or Amazon 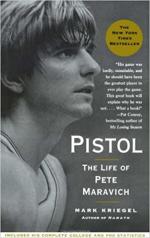 If you’re not a Boomer, you may not remember “Pistol” Pete Maravich. I don’t. But not only does this book provide a compelling story of the player and his family, it also sends readers down an excellent YouTube hole of highlights from one of those players that brought an intangible magic to the floor. Kriegel is a seasoned sports writer, and any of his books are worth the read, but this one may be the best.

Buy Pistol from Bookshop or Amazon 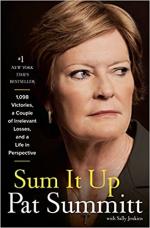 "Sum It Up" by Pat Summit

Buy Sum It Up from Bookshop or Amazon

In my opinion, the most literary of sports, and so the one I’d say has the best overall canon. This is just a sampling: 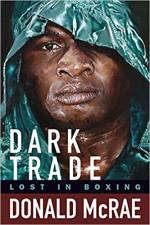 Published in the USA for the first time just a few years ago, this classic and thorough look at boxers from Mike Tyson to Naseem Hamed is a fabulous read for those who appreciate the real life of a fighter, and beautiful prose. 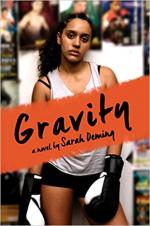 For those of you who like YA, this is a new novel from Deming, a former amateur champion herself, that gives a compelling account of a teenage female boxer on her way to the Olympics.

Buy Gravity from Bookshop or Amazon 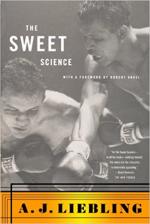 "The Sweet Science" by AJ Liebling

Arguably the best book about boxing ever written, Liebling takes to the stands to watch boxing away from press row, as your average fan sees it, and writes about the golden age of boxing in the mid-20th century. If you like the fights and you haven’t read this one, you’re missing out.

Buy The Sweet Science from Bookshop or Amazon 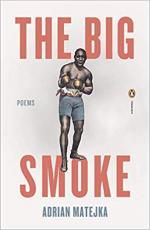 "The Big Smoke" by Adrien Matejka

A spectacular poetry collection about the great Jack Johnson, the first black heavyweight champion in history. There’s actually more sports poetry out there than one might think, and this collection is at the pinnacle.

Buy The Big Smoke from Bookshop or Amazon

I’ve always felt this is the sport that’s most difficult to translate to the page. It takes a certain skill, given the tumultuous nature of the game, and here are a few writers who’ve got the chops to write compelling football books: 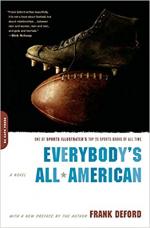 A novel about football and the fleeting nature of stardom, especially when it comes to the college ranks. It holds up especially well as we continue to look at the cruelly short careers of many football players, even the best ones. Read the book, but skip the movie adaptation. 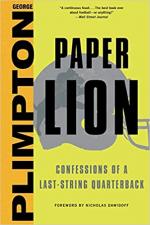 What happens when a regular guy, and an effete one at that, tries out for the Detroit Lions? That’s what Plimpton did in 1963, clearly showing the differences between pro athletes and fans who maybe once or twice have had the thought, “I can do that…” No, you can’t, but Plimpton’s tremendous prose style makes for a compelling, insightful, and dryly funny read as your athletic dreams get out back where they belong. 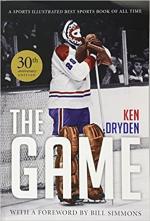 "The Game" by Ken Dryden

In my opinion, this is the best first-hand account of an athlete ever written. Set in the 1970s, It follows a week in the career of Dryden, the star goalie for the Montreal Canadiens, and offers unparalleled insight into the life of the players. Dryden is one of the most intelligent people ever to play professional sports, and it comes out in this book.

Buy The Game from Bookshop or Amazon 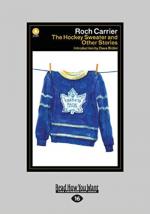 "The Hockey Sweater" by Roch Carrier

A classic children’s story… in Quebec. I’d say it’s a classic children’s story in general, but it’s steeped in the Canadiens-Maple Leafs rivalry and what that means for French Canadian culture, which can be somewhat foreign to American audiences. That makes it a great introduction both to hockey and to sporting traditions outside the United States. As with any good children’s book, all kids can get into it, and even grown ups can learn a little something.

Buy The Hockey Sweater from Bookshop or Amazon

It’s the world’s game, but somehow not quite ours in America. Still, the big European leagues are gaining popularity here in the USA, and rightfully so, as “the beautiful game” is aptly named. In fact, if you want live sports, as I write this the German Bundesliga is one of your only options. Here are a few books for those who love the footy, or those who love great writing, or those who love both: 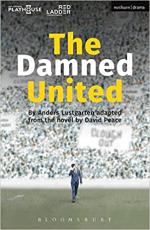 "The Damned United" by David Peace

This novel is excellent because it focuses on the manager of the team, a rhetorically excellent decision in a sport where one player really can’t carry a whole squad. Based on the real life of Brian Clough, arguably the greatest manager of all time, Peace masterfully weaves a dual timeline to show how Clough’s personality equally drove him to triumph and failure. There’s a movie version of this one, another one that’s better to skip.

Buy The Damned United from Bookshop or Amazon 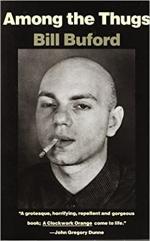 "Among The Thugs" by Bill Buford

Buford, an American, found himself living in England and wondering just what the football hooliganism was all about. In order to explore this, he integrated himself into some of the most notorious hooligan firms, witnessing violence of all sorts throughout Europe. Buford shows us the people involved in this monstrous tradition, may of whom aren’t monsters at all, but doesn’t shy away from the worst of this fan culture. If you’ve seen Green Street Hooligans, that’s a caricature, this book is the real deal.

Buy Among the Thugs from Bookshop or Amazon

There are plenty more great books about sports, and in all genres. I can’t be exhaustive here, but I think this is a list to get any reader started. If there’s something left off that you love, post a comment and keep the conversation going as we wait for our athletic heroes to return.

A Fiction Roundup Both Painful and Poignant

8 Killer True Crime Books for Fans of 'In Cold Blood'

To Haunt the Mind: Poet Donna Lynch on "Girls From the County"

A False Spring by Pat Jordan

Sportswear for barre - https://www.achieveprime.com/en/collections/barre/barre is very popular due to the fact that it looks professional and stylish and many women prefer to wear something a little more comfortable and not as revealing. Most sportswear for barre is usually quite comfortable that suits everyone, especially when doing workouts at home. The classic look and feel of a sportswear for barre pair also lend itself well to lots of styling options. For example, you could go for a pair of shorts to go with your barre workout clothes as this would look great with most tops you're wearing. Or you could opt for a lace up vest to dress up your lower half, which is a really stylish and modern choice that works well with almost any outfit.

If you're looking for a profitable way to invest your money, then sports betting is the perfect option. Here you can visit 안전놀이터 Sports betting is a relatively new industry that has seen huge growth in recent years, and there are plenty of opportunities available for those who are willing to invest in it.

The good news is that many sports leagues have been able to continue operations in some form, including the National Hockey League, Major League Baseball and the National Basketball Association. Please check and try 먹튀검증커뮤니티 , But what if you want to watch your favorite team play but don’t want to deal with all the inconveniences that come with being caught up in a major outbreak?