I played in a golf tournament recently (or, I should say I was very drunk for several hours and there was golf happening around me), and was given the customary goodie bag. Golf tees, coupons, and, of course, a stress ball that was made to look like what I assume is part of a human spine. 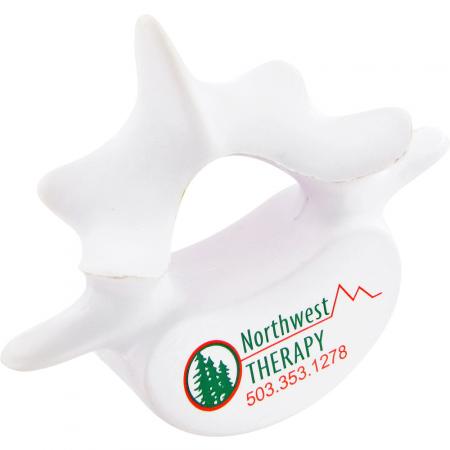 As I squeezed away at this bad boy like I was a victorious Mortal Kombat character, I thought to myself, "Maybe I should get some giveaways to...give away as book promos." I've got a book on the Kindle store. Why not do it right?

And the hunt was on! 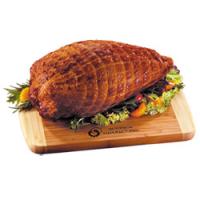 Let's just do this in whatever order lets me start off with the fact that I could buy branded, smoked turkey carcasses to promote my book.

Here's what sucks about this product: my brand is burned into the cutting board as opposed to being burned straight into the turkey flesh. That feels like a cop out. I want that turkey to go into a deli slicer, and I want every slice to have a meaty version of my book cover emblazoned on it.

I hope I'm not the only one who had no clue what a pregnancy wheel was. I thought it might be a game show that was like Wheel of Fortune but for couples who were having trouble conceiving and needed a way to pay costly assistive reproduction technology fees that...you know what? Let's just leave it at, "I didn't know what a Pregnancy Wheel was." 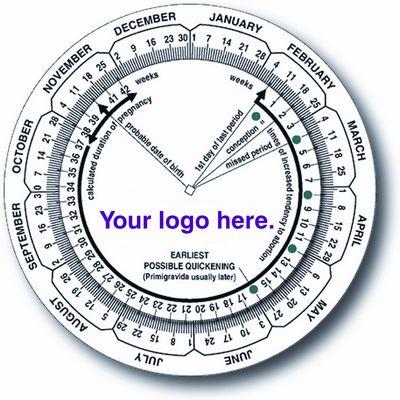 As the web site puts it, "Why not brand a pregnancy wheel with your logo and use theses products as a handy freebie?"

Why not? Probably because it's a terrible idea. That would be my primary reason.

When I write a pregnancy guide, I suppose this will be a winner. But until I've lost all sense and embarked on a project that poses me as an expert in something I'm clueless about, this one stays on the back, back, back burner. 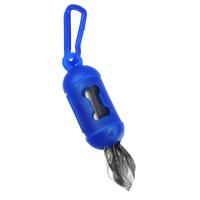 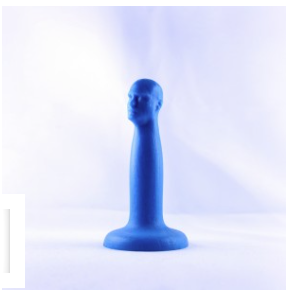 The product you are looking at is called a Dickhead. As the web site says, "3D scanning technology has the ability to 3D scan heads to add to the tip of the sex toys."  Well, it's about time.

There are so many problems with this. But I think the main one is that my mom knows how to use the internet, and she does have a small amount of pride for me to this day. 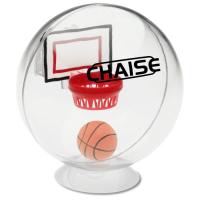 Though slightly better than those stupid slidey puzzles where you have to move the pieces around to remake a picture you never cared about in the first place, this has to be one of the most frustrating, pointless games ever. "Amaze your friends! Kill time at your desk! Ask yourself over and over whether it went in or not!" 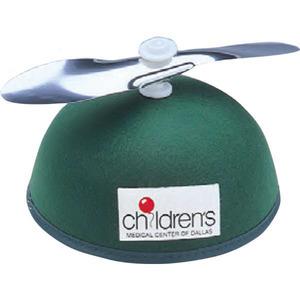 The only thing I think needs to be said about these is that under this item, in the "You May Also Like" section of the web page, custom berets were offered.

For a measly $500, I could have a book display with a cardboard cut out of ME alongside my wares, casually entreating you with my dead eyes. "Please god, buy a copy." 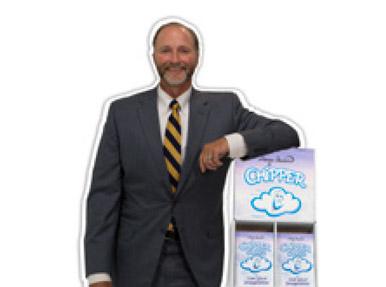 And for $800, this display can become a TALKING display. Won't the bookstore employees just love that? I wonder if there's a discount if my cutout just makes that standard, moaning/whining sound of every Halloween decoration ever made.

While this idea really sounds great, I've seen what becomes of cardboard cutouts where I live. They appear to be the medium of choice for some kind of Penis Drawing Championship. 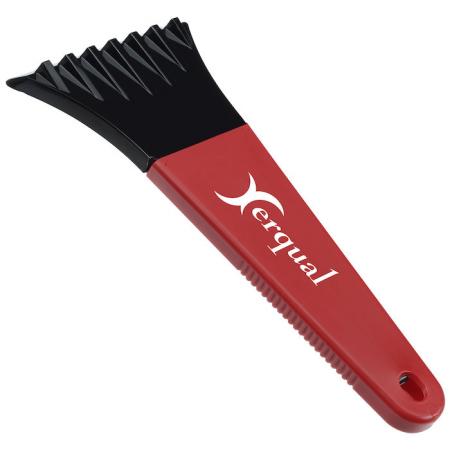 Seems like kind of a good idea. Until I remember that I spend most of the winter cursing my ice scraper, which broke the second time I used it. I'll get you, Gary DeTrois of whatever Real Estate. I'll get you if it's the last thing I do... 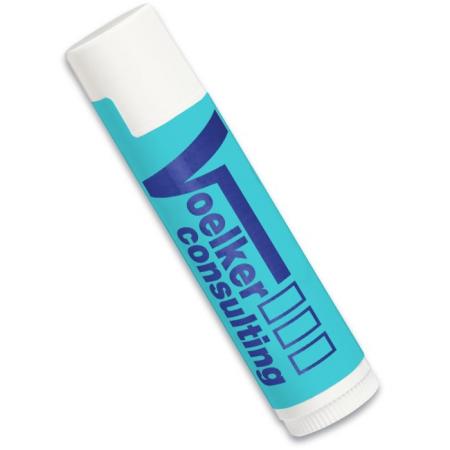 Not a bad idea, although I've had promo lip balm twice now, and I would categorize the flavor as reminiscent of...if someone somehow bred coconut with those wax vampire fangs, and then those things had a baby thing, and that thing had a butthole that was regularly slathered with expired, raw chicken cutlets, that's as close as I can come to describing the flavor. 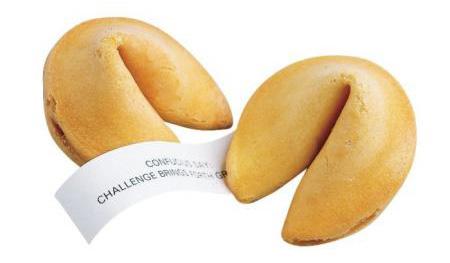 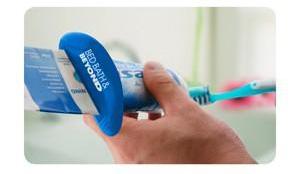 I own one of these and use it, and I am not proud of this fact. Although it might not be the worst ad. "This gizmo saves you a couple cents for every tube of toothpaste used. Use it about 100 times and buy my book!" Then it's a simple matter of convincing the American Dental Association to up the number of suggested brushings per day from 3 to...let's call it 10. 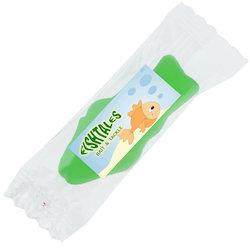 The problem I have is not with this product. It's that there is ONE fish in each thing. One fish? And the promo is on the wrapper, the part that you tear away to get at the fish as quickly as possible. "What happened to my promo items? Well, I kinda used them as jackets for candy, barriers to what people wanted, if you will." 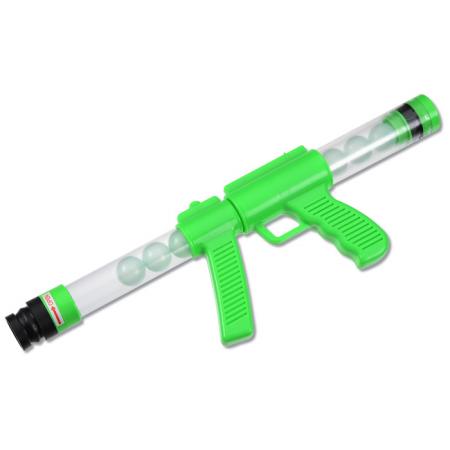 At least it's useful. I mean, it's useless, but it could result in that buzz, the kind that goes "Oh, that line in the employee handbook? It's because this idiot bought like 20 ping pong ball shooters and sent them to our office." 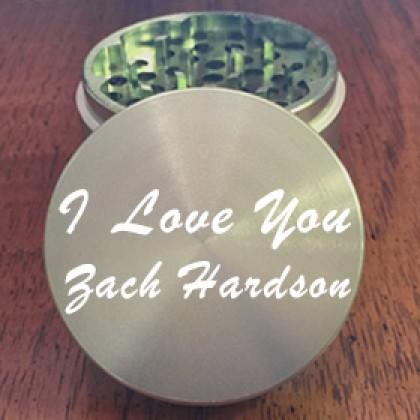 Unfortunately, I don't know enough about Mary Jane to say how useful this is. I didn't even know weed grinding was a thing that people did. I'm not going to say anything else because people get really mad when, like me, you live in Colorado and don't really give a damn about marijuana. 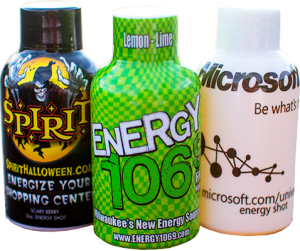 All I can think of is the poor bastard working at the Spirit Halloween Store whose boss is like, "Here, drink these! I have a whole case! You don't need to sleep. You NEED to sell more of these Harley Quinn costumes, pronto." 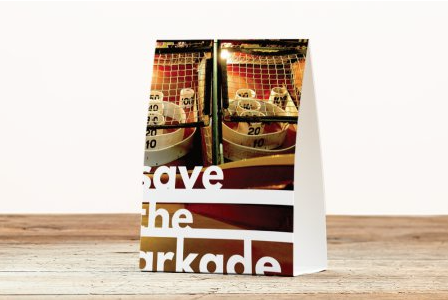 This is where we get to products that I think might be a good idea. Most of them are pretty inexpensive, easy to schlep around, and they get bonus points if they're actually useful.

Table tents...might be a good idea. How many restaurants do you go to where there are like 3 of these on the table anyway? And they can go on any flat surface. Bars, liquor store shelves, other places they have liquor that goes on a flat thing. 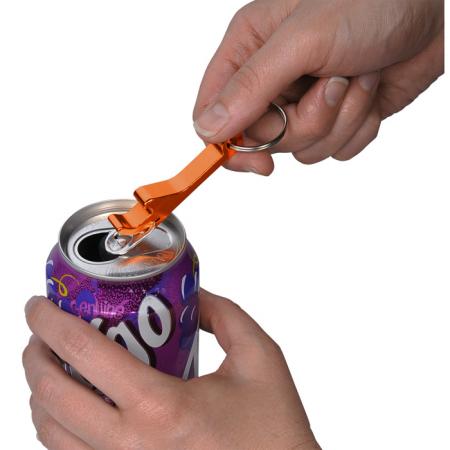 I DO feel like this product represents my people. My audience. They don't think of themselves as my audience, but I know who they are, and I know they drink.

We've all been in that spot, no bottle opener in sight. Maybe mine could save the day.

But I do wonder who actually uses one of these things to open a can. Who is sitting around, looking at a can and wondering just how they hell they're going to get it open? I know that long nails are a problem here, but I have a better solution: Make one friend. One. Or, barring that, get friendly enough with someone that they'll open a damn can for you. 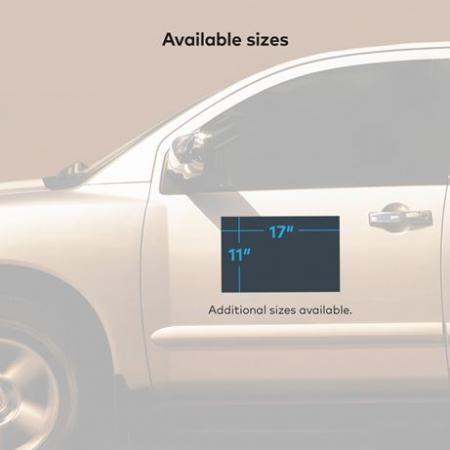 I feel like I might actually be able to convince people to stick these to their cars. Not for any length of time, but it's kind of the perfect answer for people who are too cowardly to use bumper stickers. 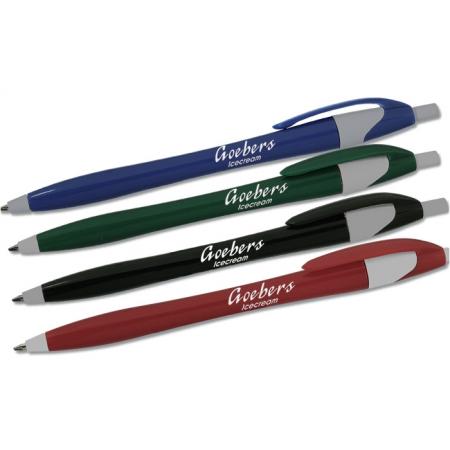 The world is full of lousy promotional pens. But this particular brand is actually pretty decent. And again, easy to pack, not too pricey, and they're useful. At the very least, I could use them, and with the number of pens I lose they will pretty quickly be distributed.

Quick thing. These pens advertise Goebers? Might want to re-think that name.

And while we're on the topic, these stress balls advertise a company that sounds suspiciously like "Dahmer." 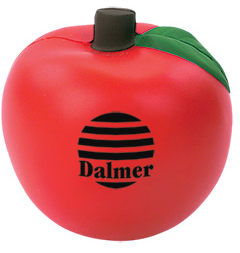 They meet most of my criteria. And they're kinda fun. And they could be used as bookmarks, which are the ultimate utilitarian promo item. Although rather than just putting something about my book on there, I'd want to put something fun, something that made people want to wear the bracelets. So I guess what I'm really saying is that I want to get out of writing and into the slap bracelet industry. 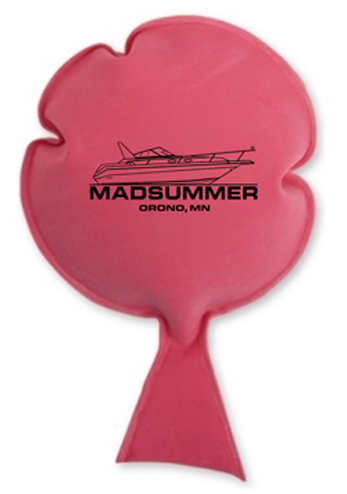 Surprisingly inexpensive, stores and ships flat. And is it useful? Well, I guess that depends on your definition of the word. But if you don't think it'd be useful to have custom whoopee cushions, then I don't fully understand how you've gotten this far into this article. And you should probably quit now because it only goes downhill from here. 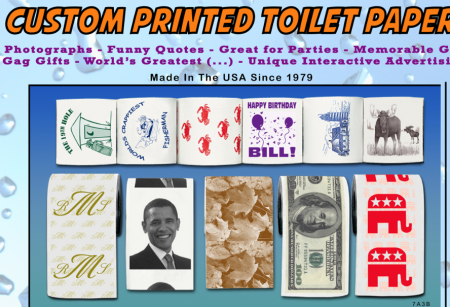 There you have it. We've scraped the barrel. We've wiped the depths, if you will.

But...not crazy expensive. Useful, for sure. And while it's not the easiest thing to haul, it's not super heavy, and it's okay if they get squished a bit.

Plus, these could become collector's items. If most of them get used and there are only a couple left out there, who knows?

After exhaustive research, Whoopee Cushions are the obvious answer for me. No kidding. Look for them on your chairs soon.

Anyone bought any promo stuff? What worked for you?

25 Book Marketing Ideas for the Desperate and Shameless: Field Test