Neologism is a fancy term for “new word.”

While Urban Dictionary has provided the general populace the ability to trace neologisms as they develop, it’s still Merriam-Webster that really counts. It counts in Scrabble, spelling bees, and if you’re ever having a barroom argument over whether or not “embiggen” is a “cromulent” word, Merriam-Webster is the place to go.

On April 14th, 1828 Noah Webster published/registered his first dictionary. It had 70,000 words spread over two volumes. Today, The Merriam-Webster dictionary contains over 470,000 entries. Some of them great, like the use of “pregame” as a verb that means drinking before an event. Some of them...not as great, very sober, and pretty uninspired.

Let’s take a look at some of the subpar Merriam-Webster entries from the last few decades.

Shakespeare is rumored to have invented over a thousand words. That’s almost total nonsense, however I think it’s fair to say Shakespeare probably invented, I dunno, 20?

That one dude invented 20 new words and what are we doing? How are we using our connected brainpower and the massive amounts of time we’ve bought back by not washing our clothes in a river or emptying chamber pots or dying of consumption? Shortening our orders at restaurants. Fab. 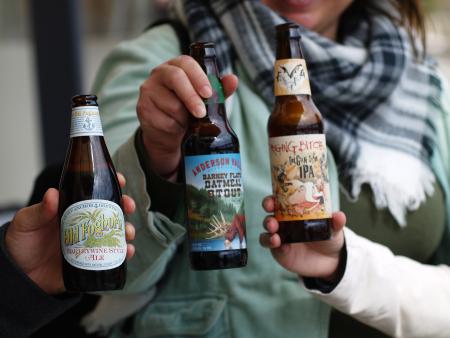 A hophead is supposedly different from a drunk because although both a drunk and a hophead consume a lot of beer, a hophead is more obnoxious about it and will probably scoff at the idea of cracking a Genesee after a hard day’s work.

: irritable or angry because of hunger

This is a bad word to use, and here’s why:

You’re walking around and you say, “I’m getting hangry.” Everyone thinks about how cute the term is, maybe laughs, but you know what they’re not thinking about? Getting you a goddamn waffle.

If what you’re feeling is hunger, and if what you want is to resolve your hunger, simply modify the phrase “I’m hungry” with a word like “fucking.” This conveys both the hunger and the anger, and your friends will be very invested in getting you a waffle if you’ll stop swearing so often at such high volume.

: too long; didn't read — used to say that something would require too much time to read

My hate for this “word” comes from its meaning, use, and appearance. Y’know, everything about it.

Its meaning is that someone decided not to read something because it was too long. How do you know something is too long if you didn’t read it? I didn’t know the Rampage movie was too long until I watched it. Then, yes, I could definitively say it was the finest action movie of last year with an added 45 minutes from another sub-mediocre action movie.

How about that semicolon? How many words have a semicolon in the middle? Bad enough that we’re legitimizing the semicolon, but good lord, in the middle of a buncha letters?

You were too uninspired to finish reading something, and you won’t even do the courtesy of spelling out your own laziness? Piss off.

: a word borrowed from one language to another across a broad geographical area often as a result of trade or adoption of newly introduced items or cultural practices

Although it’s a German word that translates to “wandering words” and refers to words that make their way from one language to another, this 100% sounds like an STD. 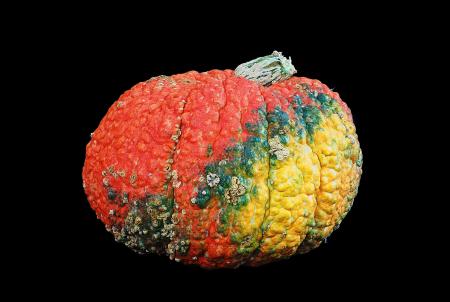 : a lover of words

I always found the word “foodie” a little precious. And stupid. You’re differentiating yourself from other people because you like food? Might need to try a little harder. Isn’t it like saying, “I’m an air-y. I just like air inside my body.” No shit?

Likewise, don’t most of us use words? Don’t we all have our preferences? Being a wordie might not make you all that special. Sorry?

That said, "wordie" is probably better than the previous version, "logophile." That whole "-phile" thing is...no thanks.

: outdoor camping with amenities and comforts (such as beds, electricity, and access to indoor plumbing) not usually used when camping

I feel like this word legitimizes the question “What if camping could be glamorous?” If you want glamour, stay in a hotel that has a shower door that operates on hinges. If you want to camp, camp.

: to assume a fake or false personality to conceal one's true identity and character

The word itself isn’t embarrassing. It’s embarrassing that Merriam-Webster added the verb form in 2017. If I worked there, I’d add it on the sly. This is like 40 years after EVERYONE else knew what “fronting” meant. Merriam-Webster had to go and call themselves out for being tragically behind the times.

: creating a product in limited quantities by traditional methods 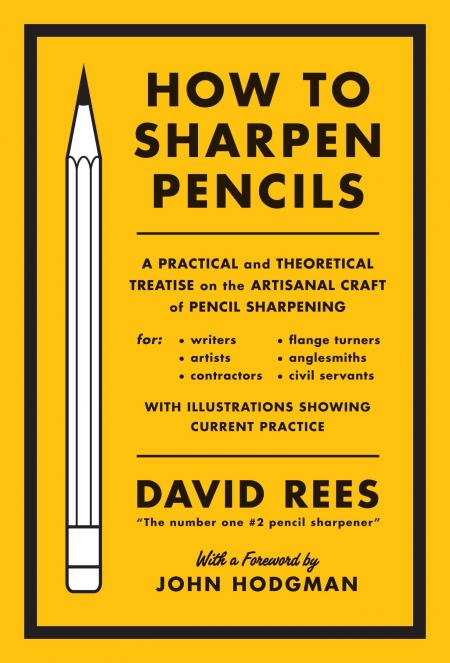 The official entry for this word expanded in 2019 to accommodate Williamsburg. If Merriam-Webster knows about it, that means it's huge. When I saw this one, I wondered whether EVERYTHING is artisanal now. I looked around, and the answer is yes.

You can have an “artisanal” pencil sharpening. Just send in your pencil to David Rees, and for ONE-HUNDRED DOLLARS he'll sharpen it for you. Note that the price is so high because the guy is basically retired. Pre-retirement you could have a pencil sharpened for a reasonable $40 bucks.

Artisanal pickles? Not only do these exist, there are multiple to choose from, including pickles made with an IPA. So your hophead artisanal pickle fan can really live the sweet life. Kill me.

The irony here is that the word is the perfect word to describe itself.

What the hell happened to “strong sauce?” If there’s a word that’s weak sauce, shouldn’t there also be a strong sauce?

: the liquid that results when beans are cooked in water

Good thing we came up with a whole new word for water that had beans in it. Is there a name for my bath water? Aquafabalous?

I'm upset that, in a limited life, with limited brainpower, some of mine has gone towards a word for bean water.

: a quickly produced, strongly worded, and often deliberately provocative or sensational opinion or reaction (as in response to current news)

We already had a word for this: bullshit.

: an article consisting of a series of items presented as a list

I hope whoever came up with this one is still laughing about how much it sounds like testicle. Because I am.

: appropriate to, typical of, consistent with, or supportive of a particular brand or public image or identity:

When this moved out of the marketing sphere and into the realm of individual use, an angel lost its wings. To an electric turkey carving knife.

Because at this point, we not only had to jettison friends, we had to make up a word so we could let everyone know we did it. "Oh, I've got so many friends that I'm actively pushing them away." Get over yourself.

: a hypothetical cosmological event in which all matter in the universe loses cohesion and which is posited to be a possible fate of the universe if the outward acceleration of matter continues

You can’t just take the word for a huge fart and then pretend it’s a fancy science thing. I call foul. 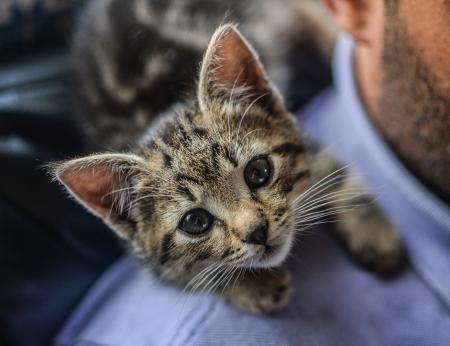 : a brief and insignificant recovery (as of stock prices) after a steep decline...from the facetious notion that even a dead cat would bounce slightly if dropped from a sufficient height

Why are we so obsessed with visiting violence upon cats for the sake of metaphor? You can’t swing a dead cat without hitting on new ways to skin a cat. Plus, this cat could be replaced with ANYTHING. A dead gremlin. A dead gnome. A dead evil dictator. A dead hophead. Anything would probably bounce if you dropped it from high enough, right?

Doesn’t this just cause a discussion to derail every time it’s used? Am I the only one who would stop some science meeting to say, "Wait, what?"

I’m not trying to get too picky, but I guess the mouth does not count? I mean, technically, medically speaking, I suppose the alimentary canal is considered outside the body.

: an event at which each participant converses individually with all the prospective partners for a few minutes in order to select those with whom dates are desired

C’mon. Can’t I put this together? I know the two words, I think I can figure out the meaning of them slapped together. It’s like “candle holder.” What does it do? It holds a candle. Use your brain for five seconds.

: to inhale vapor through the mouth from a usually battery-operated electronic device (such as an electronic cigarette) that heats up and vaporizes a liquid or solid 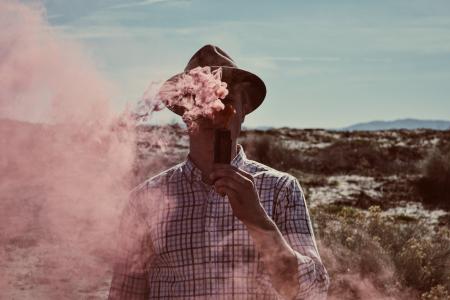 The disturbing thing is that Merriam-Webster traced this back to 1999. Which means this is Gen X’s fault, not Millennials’! We had 20 years to put a stop to this nonsense, and we blew it hard.

: one whose normally meatless diet occasionally includes meat or fish

I don’t eat meat. Unless I feel like eating meat. In those cases, I eat meat. But when I don’t feel like it, I don’t. It’s almost like I have a non-specific diet. Which is very important to create a label for.

: extremely muscular : having a physique enhanced by bodybuilding exercises

This is my vote for worst Instagram hashtag, possibly second-worst. Second-worst because “#swolemate” is a thing.

: one septillionth of a second

This must’ve been a slow year. Here’s how you say it when you want to tell everyone about a very short amount of time: “In like a second.” No need to modify. A second is quick.

: impaired cognition (such as memory loss or lack of concentration) that has been observed in patients who have received chemotherapy

That is possibly the most depressing shit I’ve ever heard. What a place to end a column.

5 Words to Be Grateful For