Column by Christopher Shultz December 8, 2022
In:

As the year comes to a close, critics and awards organizations begin the process of curating the best movies released over the previous 12 months — and, by proxy, many begin to speculate what films will receive Academy Award nominations. And despite its efforts to make the Oscar ceremonies more inclusive and diverse, what is deemed worthy of cinema’s “greatest honor” by the Academy is still fairly predictable (like, it already seems it’s a foregone conclusion Brendan Fraser’s going to win Best Actor for The Whale, right? It’d be surprising if he didn’t).

This predictability swings both ways. It’s pretty easy to pinpoint exactly what the Academy will look over. The organization likes a particular kind of narrative, and anything that swings too far afield of their ideal movie won’t even get a nomination, let alone win anything — even when, half the time, they’re arguably better than the stuff that ends up winning.

Here are five really great films made from original screenplays that probably (but not definitely, because anything can happen) won’t be acknowledged by the Academy early next year. 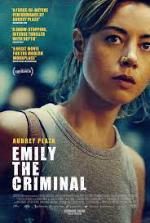 Why it’s great: The debut film from John Patton Ford is a lean psychological crime drama that takes to task modern day labor practices, corporate biases, and the unfairness of punishing those with criminal records long after they’ve served their time.

Why it (probably) won’t get nominated: Ford has the audacity to make us sympathize with his titular lead character (the always amazing Aubrey Plaza), a woman who isn’t traditionally feminine, does bad things, and pretty much gets away with it.

Get Emily the Criminal at Amazon 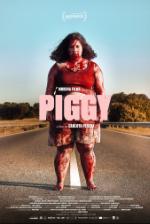 Why it’s great: Another debut, this one from Carlota Pereda, Piggy turns the slasher movie on its head by exploring bullying and fat-phobia in relation to the genre’s more recognizable tropes. And while, like many films before it, the narrative plays with the idea of monster-making and how victims become villains, its ending is a giant fuck-you to the notion that mental illness and one’s loner status automatically makes them would-be killers. In other words, it’s the antithesis of Joker.

Why it (probably) won’t get nominated: It’s an unabashedly bloody horror movie, not a film snobs can pin as the more palatable “psychological thriller.” The Academy is never kind to horror, even when it’s brilliant. Plus it isn’t an American release (it’s from Spain), so while it could feasibly get a Best Foreign Language nod if it weren’t horror, the likelihood it would get a specific nomination for its writing is pretty low.

Get Piggy at Amazon 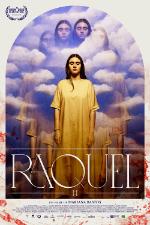 Why it’s great: In addition to its suspenseful (and sometimes frightening) plot and its deep understanding of human psychology, Raquel 1:1 absolutely owns the ambiguous ending. The power of religion to both uplift and destroy a person, and whether miracles can happen, sit at the center of this narrative, and the climax goes out of its way to not come down on one side or another.

Why it (probably) won’t get nominated: Not American (it’s from Brazil), deals with teenage girls doing bad things and getting away with it, and skirts too close to horror for the Academy’s comfort. Plus, it’s written and directed by a woman, and with Sarah Polley’s Women Talking already getting Oscar buzz, the Academy may very well already have their token lady for the year. 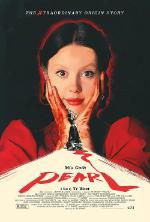 Why it’s great: The backstory behind Pearl — a script that evolved from character development conversations between director Ti West and actress Mia Goth during pre-production for X — is just as fascinating as the film itself — an exploration of an already damaged mind slowly losing touch with humanity. The entire narrative culminates in a breathtaking monologue that is worth a Best Original Screenplay nomination all on its own.

Why it (probably) won’t get nominated: While Martin Scorsese’s praise of the film might make it “prestige” enough in the eyes of Academy voters, it’s nonetheless broken record time — Pearl is a horror movie (the Oscars don’t like horror), one co-written by a woman (can’t nominate too many ladies), about a woman who does bad things and gets away with it (though X does provide comeuppance for those who absolutely have to have it).

Get Pearl at Amazon 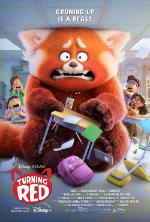 Why it’s great: It’s heartwarming, funny, and grounded in an honest and realistic depiction of preteen girl life (even with the main character spontaneously turning into a giant red panda). It also deals with familial and generational trauma in a way kids can both understand and identify with, while also having the capacity to open the eyes of adults to all the shit they’ve put their children through.

Why it (probably) won’t get nominated: There’s a decent chance this one could get recognized in the Best Animated Film category. And outside the fact it was written by three women, it has everything the Academy loves in an original script — mainly, heart and a happy ending. But the reason it’ll probably get snubbed? It came out at the beginning of 2022 and didn’t get a theatrical release, so it’s likely voting members will have forgotten about it at this point. Hollywood is a fickle, easily-distracted beast.

Get Turning Red at Amazon

On "The Witch," Great Cinematic Writing and The Tenets of Horror