Growing up in Greece in the early 90s, horror fiction was in limited supply. It took ages for books to get translated (if they ever did) and it was always the best sellers: S. King, D. Koontz, Clive Barker and so on. I read faster than they were publishing. So I taught myself English the brute force way; by reading English horror paperbacks way above my reading level (Graham Joyce's The Tooth Fairy at age twelve did some things to my psyche).

The only other horror fiction being publisher were the pulps. They didn't have to buy the translation rights, since they were in the public domain. Their only cost was the translation, which was usually (sloppily) done in-house. That meant a lot of H.P. Lovecraft, Joseph Sheridan Le Fanu, Arthur Machen, Robert E. Howard and the rest of the pulp era greats. And when you're twelve years old and reading translated paperbacks, you have no idea when these stories were written; they seem as fresh as ever.

Today you can buy books for a buck on Amazon, so I doubt anyone is that hard up for reading material. However, I do want to guide you towards some older horror classics you might not have read yet, and perhaps convince you to give them a shot.

So, where do you get these wonderful books? You can either grab them on Project Gutenberg in a variety of formats or read them in your browser over at Wikisource. If you're one of those bourgeois readers, you can find most of them on Amazon as well, if you want them beamed directly into your brain kindle. 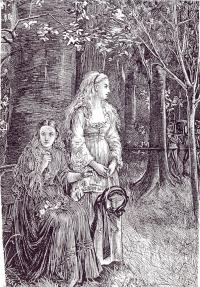 Starting with my favorite vampire story. I know, I know, Dracula. Sure. But you already know about Dracula. Maybe you haven't heard of Carmilla. Do you like vampires with faux-lesbian tendencies? What about old castles and ridiculous plot twists you can see coming from a mile away?

Do I have a book for you.

Carmilla is the story of Laura, a young adult woman that lives in a castle with her widowed father. A mysterious woman arrives with her daughter, the titular Carmilla, who was wounded in a carriage accident. The woman leaves Carmilla behind, in the care of the family. Laura is initially excited about having some company, but soon enough Carmilla seems to be attempting to seduce her (fetch me my fainting chair).

Couldn't resist throwing some Lovecraft in there, and he's at his best in this one. While we wait to see if Del Toro will ever get the film version made, you can console yourself with the original novella of cosmic horror set in Antarctica.

It's the story of an expedition that discovers the remains of an ancient civilization that came from the stars. They also find a bunch of alien corpses that eventually wake up, which as you can guess, is never a good thing. There's also giant, blind, creepy penguins.

Not quite as action-packed as The Thing, but it's still pretty great.

Everyone should read this, if you're into horror at all. Or if you liked Prometheus.

Needs no introduction, ever since the titular character was referenced in True Detective's first season and everyone went out and bought it just in case it held some secrets that would solve the show's mystery (before being let down when they found out it was mostly a red herring). Still, this is a legitimately good collection of stories. About half of them could actually be called genre fiction; the first six stories. I'd read the remaining four as well though, they complement the earlier ones well.

The stories deal with a fictional play (The King in Yellow) that seems to destroy (physically or spiritually) everyone that seeks it or falls under its influence. It is implied that The King in Yellow is an actual being from outer space. Maybe you'll get some True Detective closure here.

If you're into cosmic horror or H.P. Lovecraft at all, you should check it out. I'm not going to say that this is where it all started, but it's definitely a big influence. 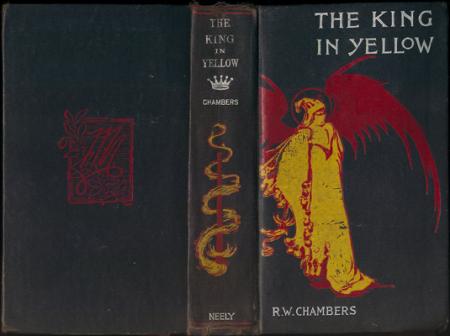 Arthur Machen was my favorite author for a few years when I was reading everything he ever wrote. This is his best work (his most popular probably being The Great God Pan). It's an episodic novel about the members of a secret occult society that are trying to locate the man that holds the MacGuffin their society is dying to get in their hands.

Said to be a huge influence on Lovecraft's writing, it has a really great, weird atmosphere and some pretty spooky scenes. It has been heavily anthologized, so you've probably read a couple of the stories from this one, but hey, here's the complete thing.

If I can convince you to read one of these, make it this one. Underrated. 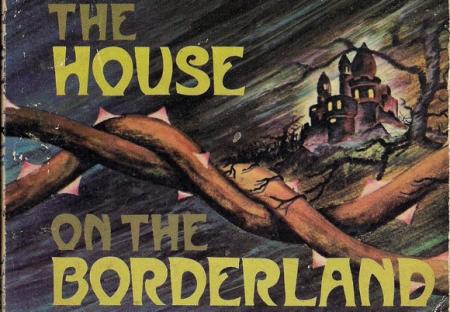 'The House on the Borderlands' - William Hope Hodgson - 1908

A weird horror novel that has been (in my humble opinion) ripped off so much that I'm sick of it (the UK countryside is spooky guys!). That said, this is the source and as such, it's really the best variant, and wholly original (well, back then).

It's about a couple of dudes who stumble upon the ruins of a house while on vacation in Ireland. Inside, they find a strange diary of the lonely man that used to live there. The diary tells the story of how his house slowly drifts into a parallel dimension of pig men and other creatures. I won't spoil the rest, but get ready for some trippy stuff. I'm actually reading this one right now, so I'm taking a gamble, but it's really good so far.

Most of the aforementioned authors' work is in the public domain, so that's a good starting point. Of course, there's also Frankenstein, Dracula, The Invisible Man, E.A. Poe's work and quite a few others.

Do you have any recommendations? Let us know in the comments.

Library Love: Five Copyright Essentials For The Writer’s Toolkit
What Scares You? 30 Terrifying Horror Stories Straight Out Of Your Worst Nightmares

Early master of weird stories, Britain's M.R. James is represented by two volumes of "Ghost Stories of an Antiquary" at Project Gutenberg. James excelled at genuinely creepy tales. He must have been influential on Lovecraft, although fans of the latter may miss lurid descriptions of profane and eldritch ancient beings, etc., but similar creatures make their appearance.