I’ve never been accused of being a smart guy, so it shouldn’t come as any surprise that I decided to write a science-fiction novel even though I’m not well versed in science fiction—at least, not like I am in crime and mystery fiction. So when the idea hit me, I immediately started reaching out for recommendations and consuming anything that could be classified as SF/F. What struck me about the whole research process was that, despite the otherworldly settings or altered timelines, many of the stories touched on similar beats or had similar touchstones as crime stories. After all, a good story is a good story.

With that in mind, these are some of the works I came back to when writing my new novel, The Rebellion’s Last Traitor. I say works here instead of books because I tried to look more broadly at things, focusing on narrative rather than format. 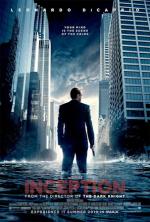 I’m probably going to get a bunch of shit for this because Christopher Nolan can be polarizing, but I really enjoy his films. Sure, some can be sort of low-rent philosophizing, but damn if his stories don’t get me, Inception in particular. There are a lot of aspects to this film to touch on, from the copious use of Marion Cotillard and Edith Piaf songs to the exploration of the nature of reality, but what inspired me most was using dreams as a Macguffin for a heist film. The dreams in this film could easily be a Maltese Falcon or Marsellus Wallace’s briefcase. And they’re also a wholly new way to charge up a thriller. I also have to include it because—no shit—I had the original idea for a book where the thief steals something ethereal on a Saturday morning seven years ago, then after hours of frantic scribbling, I decided to go to the Rotunda in Baltimore and catch the new Christopher Nolan flick. Yeah, exactly. 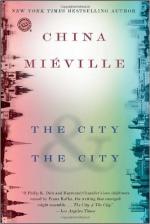 2. 'The City and the City' by China Mieville

I have a strange relationship with China Miéville’s books, in that sometimes I find myself enjoying the idea of reading him more than I enjoy actively reading him. That probably comes off as a dickhead thing to say, but I mean it more as a personal shortcoming than a slight to his work. His books aren’t easy. They’re layered and vivid and the language can sweep you up in a current and ferry you away. But you have to be able to get down inside it to be swept away, and sometimes I just don’t have the brainpower to wade in. That said, The City and the City was a vital reference point for me in writing Traitor. Aside from the metaphysical stuff and the idea of using a murder mystery setup as a vehicle to explore larger themes, I found myself drawing on Miéville’s use of cartography—inventing a fictional country within the grounded map of Europe—while creating Ardu Oeann, the country where Traitor takes place (although the actual name isn’t mentioned until the second book). It was something that seems obvious in retrospect but was incredibly liberating at the time. 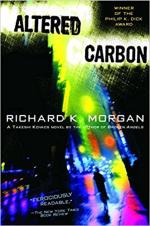 This was a big influence initially. When it was suggested to me that Traitor might read better as sci-fi than dystopian, a friend suggested Altered Carbon to me (after suggesting Iron Council by China Miéville, which I had to put down after 50 pages because I had zero context and, well, see above). And thank God he did, because Altered Carbon completely blew me away. It was the kind of inspiration I’d been looking for—weird, sexy, grimy, violent, and with really heady concepts. From the idea of uploading consciousness to the hyper-vibrant city (I always remember it as San Francisco, but maybe that’s just default noir setting kicking in), the book never stops twisting and writhing. The religious commentary on top of all that—another topic I find myself drawn to—makes it all the more stunning. 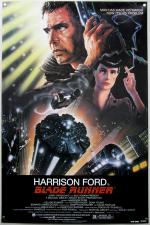 I know, I know. This is a gimme, but how can you not include it? The rainy cityscape, the spotlights cutting across the sky, the trench coats and cigarette smoke, the “tears in the rain” monologue, all of it’s so goddamned beautiful. Really, there’s nothing I can add that hasn’t been said before, unless you’ve never seen the film. And if you haven’t seen it, what the hell are you doing here reading this? Go buy Bladerunner now. Just make sure it’s the right version. 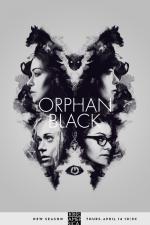 This show is so goddamned good I couldn’t in good conscience leave out the sestras. Orphan Black starts with a brilliant conceit: What would you do if you saw someone who looked exactly like you on a train station platform? Then they go and jump in front of a train. The show doesn’t really stop from there. Part of what I love about the show is how quickly they churn through plot. Every episode is a race, full of twists and turns and bizarre characters and settings. But at its strange, twisted heart, the show is really about family, a topic I find myself continually exploring. Side note: If you’re part of the Clone Club and haven’t checked out the short run of comics John Fawcett and Graeme Manson did revolving around the incident in Helsinki, you owe it to yourself to buy it immediately.

Nik Korpon is the author of several books, including The Soul Standard and Stay God, Sweet Angel. He lives in Baltimore with his wife and two children.

Congrats on the new novel, Nik, sounds great. Are you selling any signed copies or shall I go ahead and order one from Amazon?

Just a heads up, the link under Blade Runner goes to The City & The City Amazon page.

In response to the article, crime and sci fi work well together. The first season and book from The Expanse is one of my favorite. It has the gritty noir feel, but it is entirely science fiction.

Your book sounds cool. I will add it to my wish list.

Thanks, Em! I can do signed copies if you'd like. Amazon works too. PM me or drop me an email.

@sammyB: Never seen The Expanse. I'll have to check it out.

This blog for those writers who are searching for the stories for crime writers. students who are working on the bestessays.org projects may also visit this blog for the development of blog reading and writing. I just want to say readers should share such blogs that are helpful for people.