6 Books to Stoke Your Inner Cyclist

Cycling. It means so many different things to so many different people. To some, it means riding a cruiser bike with a wicker basket along the Pacific Coast. To others, it's old-timey dress up parties with waxed moustaches and those seemingly unridable bikes with the big wheels. It can be a no-fuss way to get to work. It also refers to a sport. Most people know something about it. There was Lance Armstrong and those yellow wrist bands. There was scandal. Oprah got involved, so you know it was big. If you live in a cycling town, like I do, you catch glimpses of bike racing in the training groups on the highways and the designated coffee shops where they caff up after a long ride. They wear head to toe spandex and shoes that lock into their pedals. They obsess over Strava. Cycling is transportation at its bare minimum, but we make it so much more. No matter what your engagement with cycling, there is a wonderful, weird body of literature to explore. Here are some titles to get you going.

1. 'The Noblest Invention: An Illustrated History of the Bicycle' by the Editors of Bicycling Magazine

This visual feast is ideal for readers wanting to get a taste of the history of cycling at home and abroad. Published back when Lance Armstrong's name actually sold titles, he wrote the introduction and is featured in the section about the Tour de France. That's quaint! Each section is brief and provides just enough information for the armchair scholar. Mountain biking, racing, cyclocross, and the evolution of the modern bicycle from the high-wheeler are all explored through rich photographs. A book I come back to again and again.

Buy 'The Noblest Invention' from Amazon.com 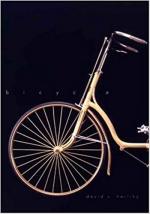 Ever wonder where bikes came from? Here's your answer. From velocipede to bicycle and every strange contraption in-between, Herilhy has it covered. This thoroughly researched tome with illustrations spanning two centuries will delight and inform. I continue to be amazed by how long high-wheeled bikes dominated the market. We are fortunate to be at a later evolutionary stage! Well, says the woman with a hybrid bike. Those of you who enjoy vintage bike events may relish this section of our pedaled history. Others may relish in the women's history embedded here, in which we learn that bikes offered freedom to women that hadn't existed before. It also brought (and continues to bring) new generations in touch with nature. A magnificent machine.

Buy 'Bicycle: The History' from Amazon.com 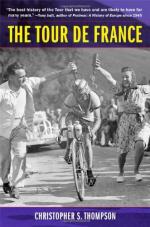 Here we go. The wild west of sports events, the Tour de France is like nothing else. It was launched in 1903 to try to shift the national reputation for laziness and softness following France's defeat in the Franco-Prussian War. A movement toward modernization and physical exercise coupled with the rise of the modern bicycle created the perfect environment for Henri Desgrange, the editor-in-chief of a sports newspaper in Paris, to organize the most ambitious bike race the nation and the world had ever seen. It did its job, unifying the country around an event that reached farms and remote mountain towns. It built a new image of France and the trappings of modernization - corporate sponsorship, media campaigns, technological advances - all fell into orbit. The country evolved and had new, strong champions to show for it. The Tour has also been struggling with drug use for half a century, creating ever more explicit rules and tests to combat the doping athletes feel they need in order to compete in this 2,000 mile race. Thompson does an amazing job of connecting the original ideals and tensions that gave birth to the Tour, like the idea of unlimited human improvement, with the challenges presented by sophisticated drugs and technologies in our modern time. What is the future of the Tour, and should it continue?

Buy 'The Tour de France: a Cultural History' from Amazon.com 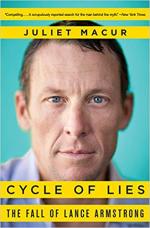 4. 'Cycle of Lies: The Fall of Lance Armstrong' by Juliet Macur

I'm guessing you've heard of Lance Armstrong by now. Cycling is one of those sports, like decathlon, that requires tremendous commitment, skill, and athleticism, yet no one outside of the sport cared about it. Until Lance. Lance Armstrong, winner of seven Tour de France races, cancer survivor, and philanthropist, introduced a new kind of rock star to the world. He inspired a whole generation of cyclists and brought bike racing to the international stage. People battling cancer mounted bikes for the first time in their lives to race for a cure in Livestrong events. Despite obvious cues that he was cheating, his cult of personality and blacklisting tactics ensured a winning streak that made us all believe he was superhuman. He wasn't. He was doping. Macur's exclusive access to Armstrong after he finally fessed up makes for up close and personal reading, and her style, with chapters like "Lies of the American Hero," reads like a crime novel. Readers be warned: Macur's account will kill whatever spark of warmth you had for Lance Armstrong. He is a monster of epic proportions.

Buy 'Cycle of Lies' from Amazon.com 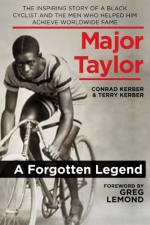 5. 'Major Taylor: The Inspiring Story of a Black Cyclist and the Men Who Helped Him Achieve Worldwide Fame' by Conrad Kerber and Terry Kerber

Major Taylor (1878-1932) was the first African American to win a world championship in cycling, and he did it at the height of Jim Crow. He endured pervasive racism, discrimination, and violence. Yet he persisted, setting world records and competing in races around the world. His name adorns velodromes, bike paths, and cycling clubs around the country today. Conrad and Terry Kerber round out the image of the athlete with historical context and personal narrative. You can't help but root for the young man who started riding at 12 and competing a few years later. His extraordinary talent was matched by his determination to blaze a trail that still shines today. 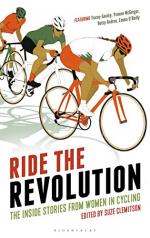 6. 'Ride the Revolution: the Inside Stories from Women in Cycling' by Suze Clemitson

Would you believe there is sexism in cycling? Despite women's events in many national races around the globe, including the Giro d'Italia, Tour of Flanders, and oh, the Summer Olympics, the Tour de France continues to be a men's race. In 2018, there was a single day event for women, La Course, which falls in the middle of the men's 21-stage race. Disgraceful. And that's why we have books like this, which tout the many achievements of women in a field antagonistic to them and strive to inspire the next generation to push harder for equality. This collection features early and contemporary pioneers in women's cycling, from Beryl Burton to Marianne Vos. If you know Lance and Floyd, but not these women, this book is for you.

Buy 'Ride the Revolution' from Amazon.com

From electric road bikes to tandems, cycling has something for everyone and every facet has a story to tell. Let us know your favorite bike books in the comments!

7 Tips on How To Write a Better Open Letter

Seeing the Page Like A Quarterback Sees the Field

Thanks for the list, Stephanie! I've read the book about The Tour De France history and actually that's the reason why I began cycling years ago. Too bad I'm older right now and had to swap a bike to an electric bike. It was hard to decide if should I get an electric bike or not, but in the end, the passion to cycling won. Now it's not the same feelings, but still, it's better then nothing.