On June 22nd, 1947, Octavia Butler (a pioneer of modern science fiction written by women) was born. 129 years before that, Mary Shelley published the novel Frankenstein, which some — such as author Brian Aldiss — argue was sci-fi’s first novel, and helped define the boundary-shattering genre.

Butler and Shelley are just two of the many female writers who have helped shape sci-fi into the diverse fan-favorite it is today.

To celebrate Butler’s would-be 71st birthday, we’re featuring six female sci-fi writers that you should read — from authors who build fantasy worlds as epic as Middle Earth to novelists that explore myth and legend through futuristic and technologically advanced societies. 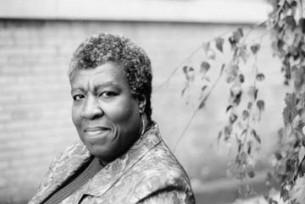 Getting her start at ten years old when she pleaded with her mother to buy her a Remington typewriter, Butler went on to become one of sci-fi’s most beloved writers and is credited as the first black female to be published as a sci-fi author. She grew up in a racially integrated community of Pasadena in a time of rampant segregation, and her early experiences with the hierarchies of race, gender, and class allowed her to become a prolific writer of speculative fiction that explored those very issues up until her passing in 2006. Butler has won multiple Hugo and Nebula awards, and was the first sci-fi author writer to receive the MacArthur Fellowship (otherwise known as the "Genius Grant").

Book she’s most noted for: Kindred — About an African-American woman living in 1976 California who is wrenched suddenly back and forth through time from her home to pre-Civil War Maryland. She learns that these inexplicable time-travels are occuring so she can protect a young slaveholder, who is also her great-great grandfather.

Other books you should read: Parable of the Sower, Dawn, Fledgling

“I'm trying to speak — to write — the truth. I'm trying to be clear. I'm not interested in being fancy, or even original. Clarity and truth will be plenty, if I can only achieve them.” — Octavia Butler 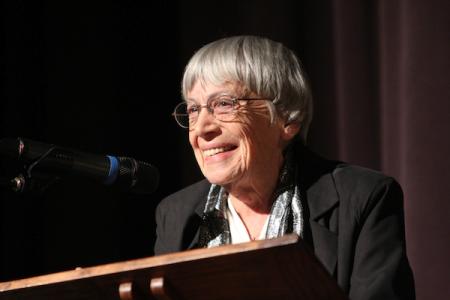 A sci-fi legend whose shelves boasted the Hugo, Nebula, Locus, and World Fantasy Awards, Le Guin was also a “grand master” of the Science Fiction and Fantasy Writers of America. She got her start at just 11 years old when she sent a short story to a literary magazine, and went on to publish more than 50 books in her lifetime.

Book she’s most noted for: A Wizard of Earthsea — A coming-of-age story about a wizard who unintentionally releases a dark creature into the world during a duel. The novel chronicles his journey to escape the creature and come to terms with his own power.

Other books you should read: The Left Hand of Darkness, The Dispossessed, The Lathe of Heaven

“Writers know words are their way towards truth and freedom, and so they use them with care, with thought, with fear, with delight. By using words well they strengthen their souls. Storytellers and poets spend their lives learning that skill and art of using words well. And their words make the souls of their readers stronger, brighter, deeper.” — Ursula Le Guin 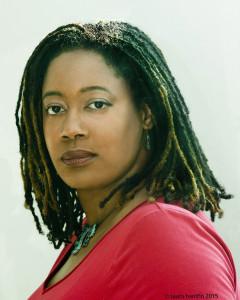 In 2016, Jemisin won the Hugo Award for Best Novel, making her the first African American writer to ever win a Hugo in that category. She’s published a number of short stories and novels and now writes a column for the New York Times called “Otherworldly.” The column reviews sci-fi and fantasy books and Jemisin insists she wants to hear from a diversity of voices, including authors of self-published or small-press books.

Book she’s most noted for: The Fifth Season — About a planet that endures catastrophic climate change every few centuries, and the people who control these events.

Other books you should read: All three books of The Inheritance Trilogy (The Hundred Thousand Kingdoms, The Broken Kingdoms, and The Kingdom of Gods)

“I believe wholeheartedly in the idea that we all should get to dream, and I look for books that let me.” — NK Jemisin 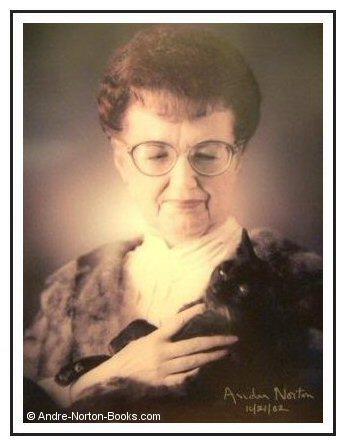 Book she’s most noted for: The Witch World series — About a man who is transported to the land of Estcrap: a matriarchal, part-feudal society ruled by witches who are powered by mind-enhancing jewels.

Other books you should read: Catseye, The Zero Stone, The Time Traders

Themes she covers: rites of passage, solitude, “coming of age,” feudalism, feminism, aliens and The Other

“As for courage and will — we cannot measure how much of each lies within us, we can only trust there will be sufficient to carry through trials which may lie ahead.” — Alice Norton 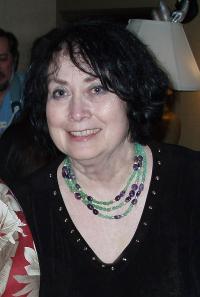 Another female sci-fi writer who wrote under a male (or gender-neutral) pen name so that she could stand a chance of breaking into the genre. (She also added the “H” to the end of her last name when an editor said that just “Cherry” made her sound too much like a romance author). She is well-known for her expert worldbuilding — developing fantasy worlds supported by in-depth qualities of realism, such as established histories, languages, psychology, and archeology.

Book she’s most noted for: Downbelow Station — A space opera chronicling a future history that spans 5,000 years of human civilization. The primary event of the novel is the rebellion between Earth and its far-flung colonies.

Other books you should read: Cyteen, Foreigner, The Pride of Chanur

“Science fiction is a dialogue, a tennis match, in which the Idea is volleyed from one side of the net to the other. Ridiculous to say that someone 'stole' an idea: no, no, a thousand times no. The point is the volley, and how it's carried, and what statement is made by the answering 'statement.'” — Carolyn Janice Cherry 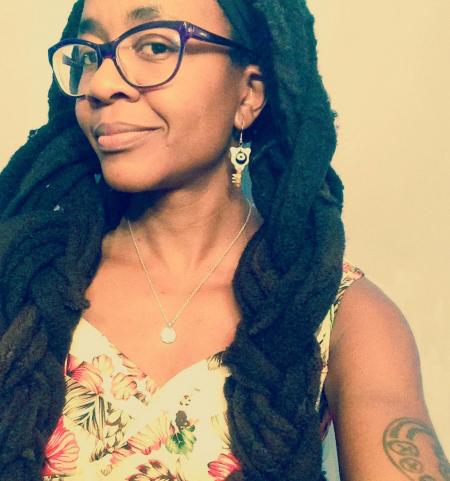 Book she’s most noted for: Binti — A novella about a young girl whose journey to study at the galaxy’s finest university is interrupted by a war with an alien race. Her survival depends on both the knowledge she’s acquired through school and the wisdom of her family and history.

Other books you should read: Who Fears Death, Akata Witch, Lagoon

“I see the world as a magical place. Therefore, it was only natural that magic wafted from my fiction like smoke.” — Nnedi Okorafor

Who are some of your favorite female sci-fi writers?