I love magazines. Probably more so than anthologies. Magazines possess this special spark that anthologies usually lack. With a magazine, you don’t just get a short story, but something much more personal. When you find a magazine you really love, you stick with it, issue after issue. New content is always being produced. You breathe them in and wait for next season. At least, when they are done right.

Here are some horror magazines that know what they’re doing. 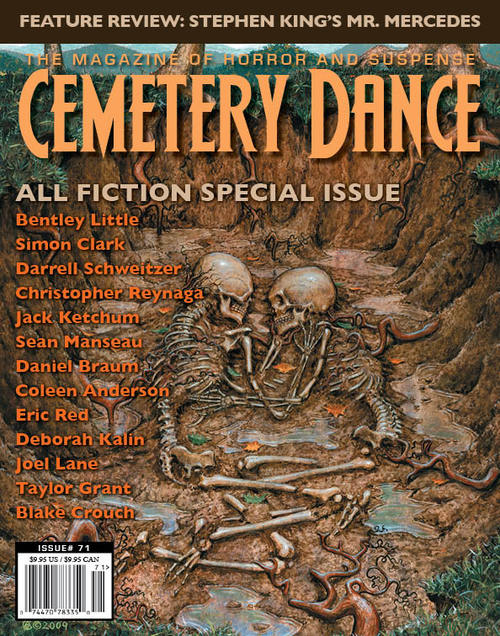 This one is perhaps the most well known of all horror magazines. It is infamous for publishing many respected writers since 1988, when it was founded by Richard Chizmar while he was still attending college. Since then, Cemetery Dance has gone on to publish fiction by Stephen King, Jack Ketchum, Richard Laymon, Joe R. Lansdale, and Norman Partridge, among many, many others. This is the magazine you go to when you want to start taking horror seriously. 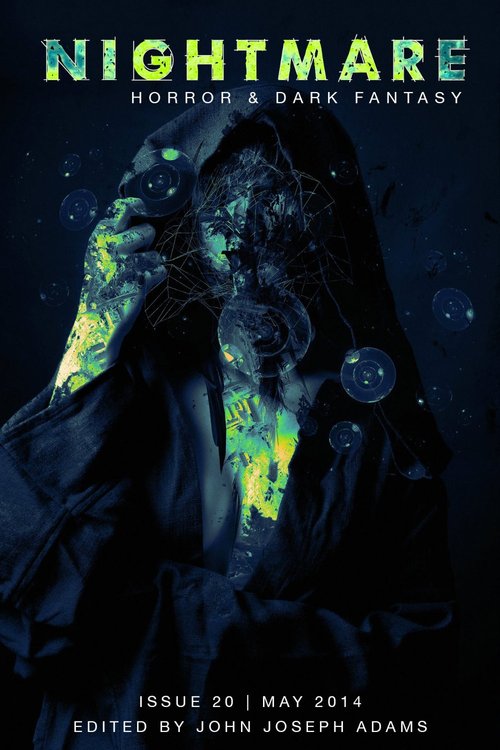 Nightmare specializes in publishing the absolute best of the best. For writers, it is notoriously impossible to get accepted in this magazine—but for readers, Nightmare is a real joy for the eyes. Edited by acclaimed superhero, John Joseph Adams, most of Nightmare’s content can be found online, for free, on their well designed website. Within this magazine’s digital contents, “you will find all kinds of horror fiction, from zombie stories and haunted house tales, to visceral psychological horror.” 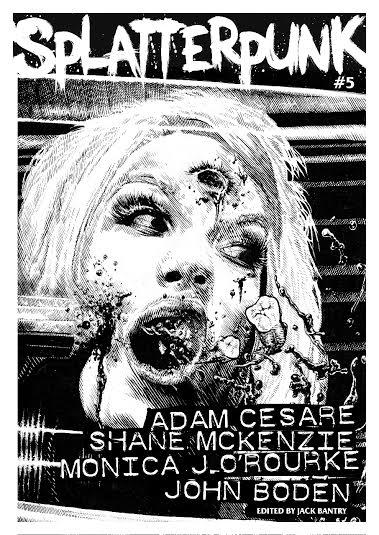 I have the most fun reading when I have a Splatterpunk Zine in my hands. This small, saddle stitched do-it-yourself mag always brings back good memories of making little comic books as a kid and selling them on the school bus. Except this Splatterpunk magazine is actually entertaining, unlike my Dracula comics, featuring Draven Malone, the greatest vampire hunter in existence. Created by Jack Bantry, Splatterpunk focuses on—you guessed it—the splatterpunk genre. Each issue is only available in a limited amount, so don’t slack off and wait too long to buy your copies. Splatterpunk is full of gritty short stories, reviews, articles, interviews, and sweet gory illustrations that bring the DIY feel to life. This article by Jeff Burk was a recent favorite entry in the Splatterpunk family. 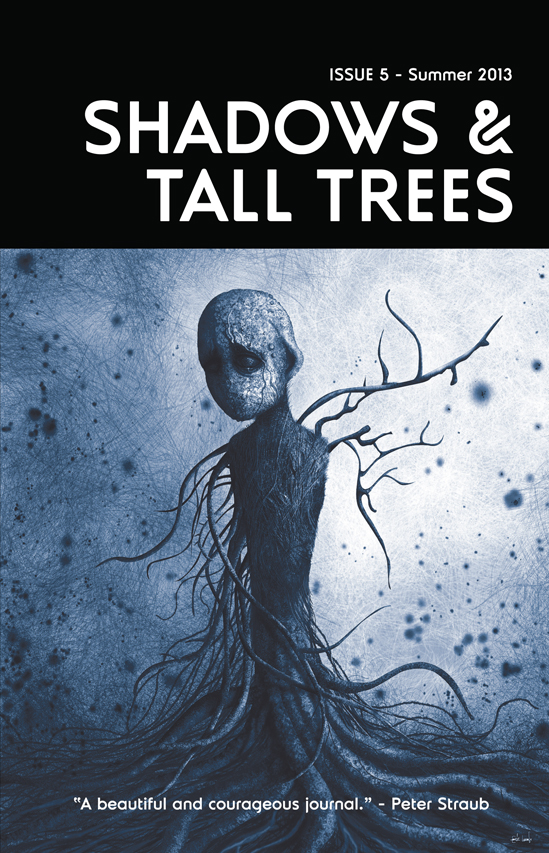 According to Peter Straub, Shadows & Tall Trees is a “beautiful and courageous journal”. Edited by Shirley Jackson Award and British Fantasy Award nominee, Michael Kelly, Shadows & Tall Trees is an acclaimed literary journal featuring dark fiction typically exploring the themes of alienation and loss. Many of their published stories have been included in recent Best of Horror volumes by Ellen Datlow, who just cannot praise this magazine enough in her annual horror summations. 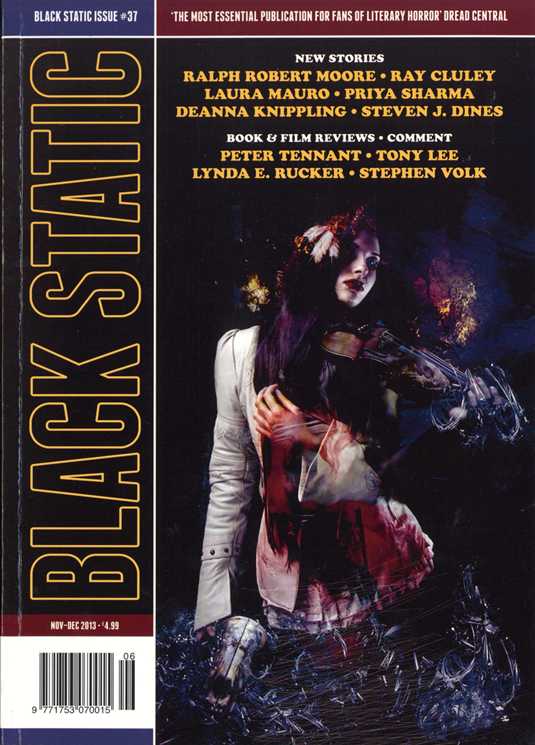 Black Static is perhaps my favorite magazine of fiction available today. It began in 1994 under the name, The 3rd Alternative, and lasted 42 issues before going on a brief hiatus in 2005. It was then relaunched in 2007 under the new title, Black Static. Edited by Andy Cox (also known for Interzone and Crimewave), Black Static is not only full of fantastic horror stories, it is also brilliantly designed. From the margins, to the interior illustrations, to the front covers, this is a magazine you want to hold in your hands. It is beautiful, and Cox’s carefully constructed expertise definitely shows in each issue. 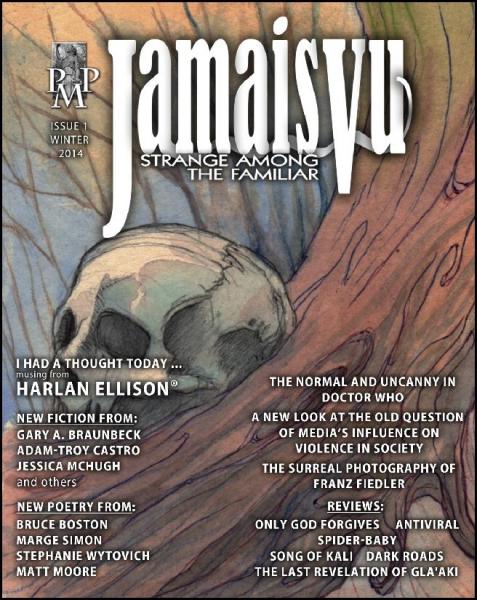 1. JAMAIS VU: JOURNAL OF STRANGE AMONG THE FAMILIAR

Jamais Vu: Journal of Strange Among the Familiar is the new kid on the block in the horror magazine community. Publisher Eric Beebe and Editor-in-Chief Paul Anderson opened their doors last year to writers and published their debut issue in January. Also, disclaimer, Issue #1 did include one of my own short stories. But it’s okay, because my short story (“Video Nasties”) totally kicks ass, and you all should pick up the issue and read it with your eyeballs. Jamais Vu publishes short stories, poems, articles, reviews, and an ongoing column written by Harlan Ellison®. Jamais Vu represents everything I love about horror magazines, and I completely support them and hope them all the best for the future. Judging by the appearance of Jack Ketchum in Issue #2, I have a good feeling they’re here to stay. But you can certainly help make sure they stick around by picking up their product and leaving reviews. 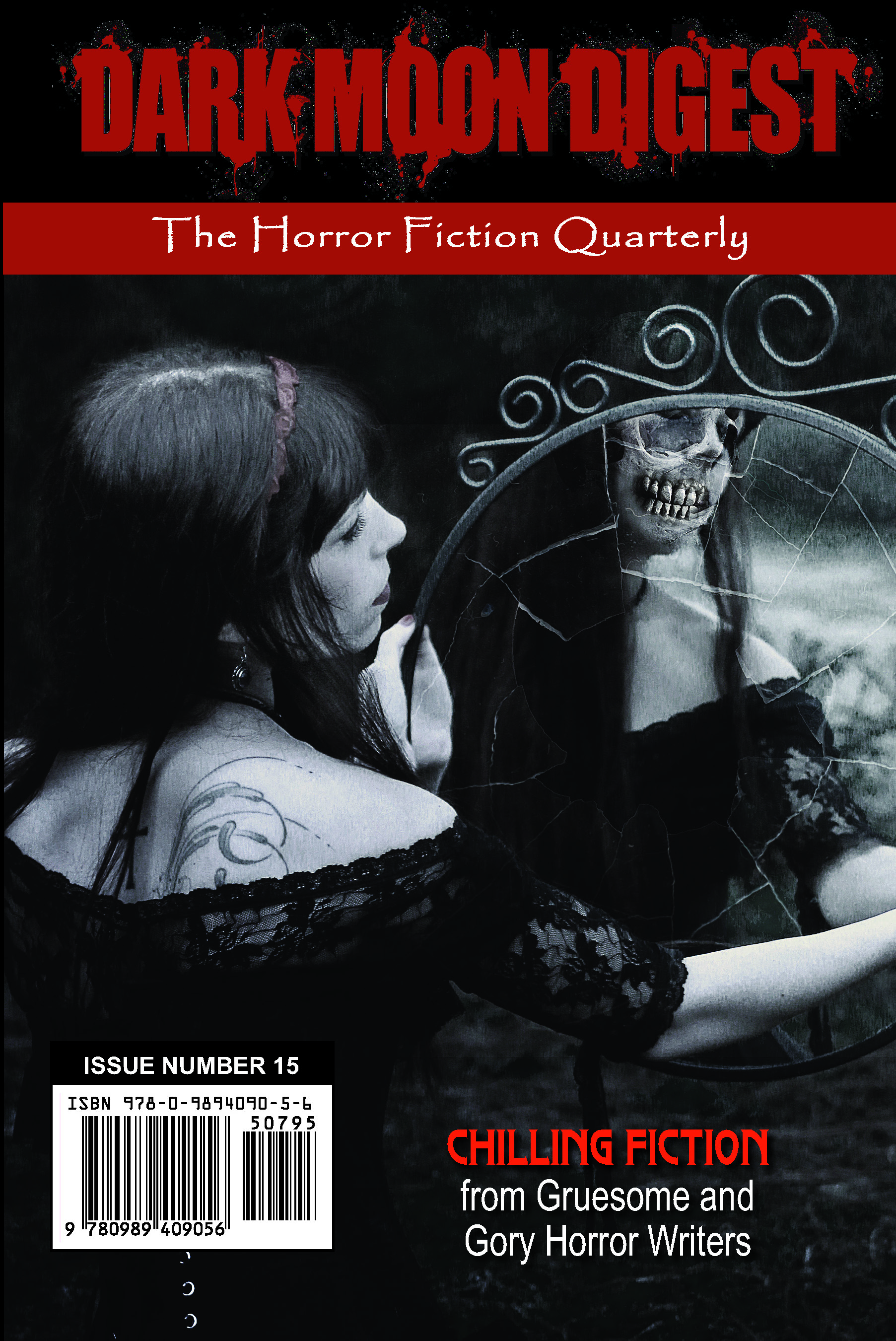 Dark Moon Digest is a quarterly horror magazine publishing quality dark fiction. It’s been around a few years now and its fiction has been top notch from the get-go without losing consistency. I only did not mention the publication in the above list because I sometimes serve on the editorial staff, although not as often as I once did. Dark Moon Digest also publishes a monthly e-magazine full of short stories, poems, reviews, and columns called Dark Eclipse. Both are edited by lit phenomenon, Lori Michelle, and her loyal staff of editors and slush monkeys. 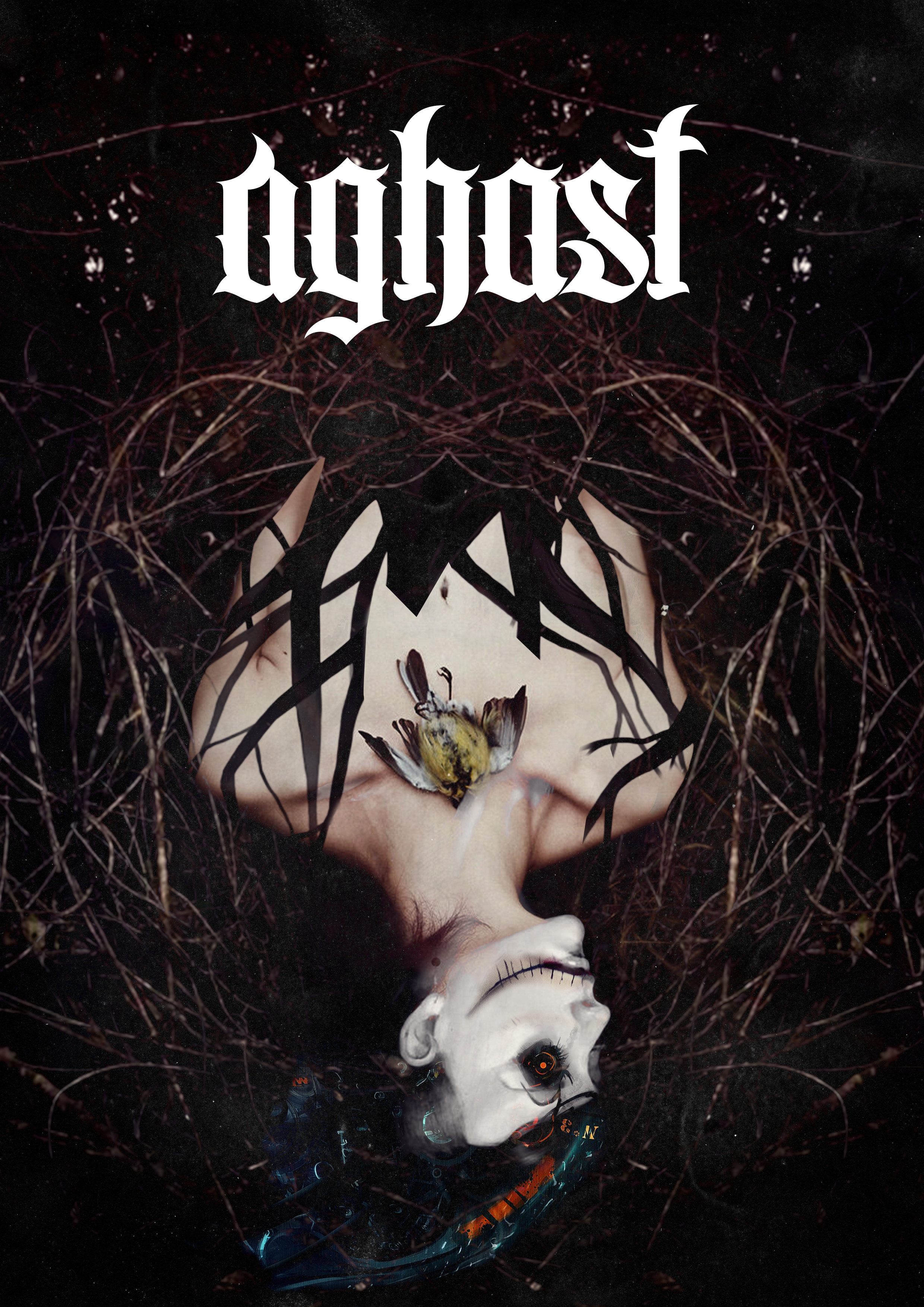 Aghast is a brand new dark fiction magazine recently announced by Kraken Press. Not much is known about this magazine yet, but their first issue will be published sometime later this year. I was lucky enough to read a few short stories already accepted for the debut issue, and let me tell you guys, this is a magazine you will not want to miss. Also, the publisher is currently looking for stories to fill the rest of Issue #1. So, writers, get on that.

I don’t make any money if you buy these magazines, but if you’re on the lookout for some good horror fiction, you must binge on all of the entries I’ve talked about in this article. Consider them your guides to the morbid and grotesque. Your introduction to true horror.

1. Max, thanks for this. I was already familiar with most of these, but to see them compiled in one helpful article for others to discover brings immense joy to my black horror heart.

2. I have been rejected by Nightmare many, many times now. It's my white whale.

There are also lots of excellent mixed-genre magazines/websites that publish horror, including Tor.com, The Magazine of Fantasy and Science Fiction, The Journal of Unlikely Entomology, Apex, Crimewave, and Shimmer.

It's quite a good list, but I think the British small press mag SUPERNATURAL TALES should have been on it.

I'm still unsure what splatterpunk is, there are so many punk genres now its hard to keep up with what is what.

On another note, two signs a zine doesn't know what they are going: reading fees, and "peer-review" systems. As everyone knows thats an extremely inefficient process because not everyone likes the same sub-genre. So you'll likely get crits for hard science fiction for a space opera.

So far that doesn't seem typical though.

Ellen, quite right. These six are just my personal favorite that I wanted to share with the world, but nowhere close to all of the great ones.

I hope everyone includes their favorite mags in the comments, too!

I second Richard's add-ons. And Ellen's!

someone on FB said Lamplight, too. Also, I'd add in Apex, they aren't just F/SF. Buzzy Mag (stupid title) does some good work, too.

I'm wondering if there are any cool science fiction horror zines. I miss the good old days of Vampire Androids with machine guns called blood suckers.

I don't know of any dedicated horror sci-fi mags, but the aforementioned Apex, plus Lightspeed (sister publication to Nightmare), Ideomancer and Three-Lobed Burning Eye publish lots of that genre. Shimmer less so, but there have been some solid stories there as well.

There are some great mags on the list - I backed Aghast when it was on Kickstarter and really looking forward to Issue 1.

I'm a little biased as I work on it but Sanitarium Magazine is a great introduction to up and coming writers. (if you fancy giving it a chance it's on Apple Newsstand, Kindle and paperback).

Anyway keep up the great work on the site.

Appreciate the nod, Max; I love seeing my name in print (a bit of a media whore, there).  All good outlets, and a tip of the hat to Ellen for her add-ons, which are all excellent places for stories.

Who says short fiction is dead?

Nightmare is indeed difficult to be published in, and I've been rejected many times too. I've also noticed how quick their turnaround time is with their rejections, and it's obvious that they don't read all submissions. No bitterness here, they may have a long waiting list and have periods when they blanket-reject, I also have no idea what their publication criteria is- but I think it is worth informing writers that they do reject stories without even reading, so it's not just about story quality.

just because they reject fast doesn't mean they don't read all submissions. they just know what they like. i'd be careful about saying they don't read stories. i've edited a number of anthologies and have guest edited at a few magazines, and i can reject a story in the first sentence, the first paragraph, the first page. Clarkesworld is fast, so are a few others. Nightmare is edited by John Joseph Adams, a top notch editor, who has been around for a long time, doing quality work. there's no way they are not reading stories. they may not read ALL of each story, but the are reading, i can guarantee that. JJA has rejected many of my stories as well, i think he just knows what he wants. they've rejected six of my stories, anywhere from less than a day up to three days.

Agree with Richard. That's an irresponsible accusation to make. A quick rejection is a sign of an editor who's on point, knows what he's looking for and stays ahead of the slush.

Their guidelines state that they typically answer in two days. And in the genre market where they usually request no sim subs, a quick turnaround is a huge favor to a writer. It takes 15 minutes to open a story, give it a read and reject it if it's not right--it takes the same 15 minutes whether he does it today, or whether he does it six months from today. If every magazine could accept/reject in a day the world would be a much better place.

A mutual friend of Richard's and mine got an acceptance from Nightmare in 45 minutes. Yes, they read all submissions.

You shouldn't forget Morpheus Tales, which looks a bit like a classic small press fanzine of the past, but the quality is right up there & they have some absolutely out there material.

Some of these are no longer in print. Its a real shame. There's a new one out called Grotesque that you might consider adding. Website: http://www.grotesque-magazine.com/submit-work/