Halloween may be over, but that’s no reason to say goodbye to your spooky bookshelf! With the end of the year comes “Nonfiction November,” a yearly initiative where we can—just for a month—take a break from fiction and tuck into some nonfiction reads. Sure, nothing quite beats the comfort of a great story, but nonfiction books can be equally enjoyable—especially for horror readers interested in something on the darker side of the spectrum. Want to know more about why your favorite scary books and film have such an emotional effect? Curious to learn about the real histories of the creatures and characters portrayed in fiction, or the people who bring them to life? Looking for a bit of critical dialog on all-things-horror, from witches to the White Lady? Upcoming, brand new, and shelf staples—here are six nonfiction titles to be grateful for this November.

"Women and Other Monsters: Building a New Mythology" by Jess Zimmerman (Beacon Press, 2021)

In this fresh cultural analysis of female monsters from Greek mythology, Zimmerman takes readers on an “illuminating feminist journey” from Medusa to the Syphinx to reexamine societal and cultural expectations on women, and discuss how "monstrous" traits like hunger, anger, ugliness, and ambition have been used to twist women into creatures long steeped in mythology. Women and Others Monsters offers a revelatory look at how history, mythology, and culture have equated female to monster, and how those very things used to turn us into “monsters” can be reclaimed as our greatest strengths.

Get Women and Other Monsters at Bookshop or Amazon 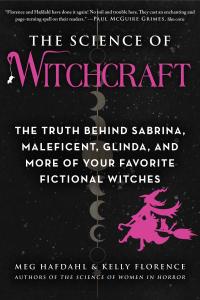 "The Science of Witchcraft: The Truth Behind Sabrina, Maleficent, Glinda, and More of Your Favorite Fictional Witches" by Meg Hafdahl and Kelly Florence (Skyhorse, 2022)

Hosts of the Horror Rewind podcast, Hafdahl and Florence might just be the leading voices on horror nonfiction today, and their newest, The Science of Witchcraft, is but their latest installment. A “scientific discovery of witches in fiction,” The Science of Witchcraft presents a guide to the history of witchcraft through stories and characters we know and love—Sabrina, Sleeping Beauty, the Wicked Witch, and more—to reveal the science behind these famous, fictional witches through interviews, film and literary analysis, and critical discourse.

Get The Science of Witchcraft at Bookshop or Amazon

"Yours Cruelly, Elvira: Memoirs of the Mistress of the Dark" by Casandra Peterson (Hachette, 2021)

Horror fans everywhere rejoiced when the Mistress of the Dark, Cassandra Peterson, unleashed her memoir in 2021. Starting on Good Friday 1953, a toddler Peterson began her decades-long journey to become the icon known as Elvira—the undisputed Queen of Halloween. In her memoir, Peterson reveals her full story as only the Mistress of the Dark could: bold, unforgettably wild, and downright shocking. Candid and intimate, this is the story of how Peterson, a Midwest farm girl, became one of horror’s most notorious icons.

Get Yours Cruelly, Elvira at Bookshop or Amazon 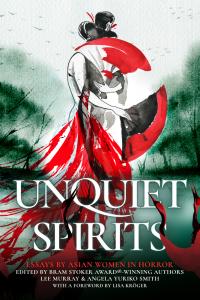 Now available to pre-order, this forthcoming collection edited by Bram Stoker Award®-winning authors Lee Murray and Angela Yuriko Smith contains twenty-one personal essays from women horror writers of the Asian diaspora that explore themes of otherness, identity, expectation, duty and loss; leading, ultimately, to understanding and empowerment. Emotional, insightful, and reflective, this collection looks at how Asian women’s roles have been shaped and defined through myth and story, including hungry ghosts, vampiric babies, shapeshifting fox spirits, and the avenging White Lady of urban legend, for generations.

Get Unquiet Spirits at Bookshop or Amazon

Do you like scary movies? Ever wonder why? Nesseth’s Nightmare Fuel is a “pop-science look at fear, how and why horror films get under our skin, and why we keep coming back for more.” In this informative and often surprising analysis of fear, Nesseth explores the science of fear through lenses of psychology and physiology, carefully dissecting every aspect of the horror film to explain why it is crafted to make viewers’ skin crawl, how audiences engage with horror both with their brains and bodies, and the elements that make horror films tick—from jump scares to creature features, serial killers to undead. Spotlight interview with directors, editors, and others give a taste of flavor to this fascinating analysis.

Get Nightmare Fuel at Bookshop or Amazon

"Monster, She Wrote: The Women Who Pioneered Horror and Speculative Fiction" by Lisa Kröger and Melanie R. Anderson (Quirk, 2019)

If we’ve said it once, we’ve said it a million times: women have always been at the helm of horror. From Frankenstein to The Haunting of Hill House, in Monster, She Wrote Kröger and Anderson craft a “part biography, part reader’s guide” that offers engaging write-ups and detailed reading lists to introduce readers to more than a hundred authors and over two hundred of their mysterious and spooky novels, novellas, and stories. From Mary Shelley to Margaret “Mad Madge” Cavendish to Anne Radcliffe, Monster, She Wrote, puts a spotlight on the women behind everything from Gothic ghost stories to science fiction—and their own life stories, which are sometimes even as intriguing as the works.

Get Monster, She Wrote at Bookshop or Amazon

Lindy Ryan is an award-winning author/editor, short film director, and professor. She is the founder of Black Spot Books, a small press with a mission to amplify voices of women-in-horror. Ryan previously served on the Board of Directors for IBPA, and is currently co-chair of the Horror Writers Association Publishers Council. She is an active member of the HWA and ITW, and was named one of Publishers Weekly's Star Watch Honorees 2020.