6 YA Novels About Suicide

Talking about death is never easy, especially when that death is a suicide. These six young adult novels tackle the subject from different angles, each telling the story of troubled teens in a new and enlightening way. Young adult literature has never shied away from the tough subjects, and these books handle suicide with the gravity and depth necessary to start a meaningful conversation. From mysteries surrounding the circumstances of death to teens helping each other through tough times, these six books explore the complex emotions of grief and loss. 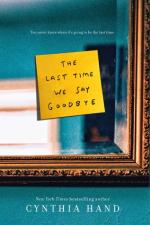 'The Last Time We Say Goodbye' by Cynthia Hand

Lex remembers a time when she was happy and fulfilled, with a whole family and a boyfriend she loved, but that was before her younger brother killed himself. Now she’s just that broken girl trying to stay afloat. Lex tries to block out the events of the night that Tyler dies, but she’s holding on to a secret that just might tear her apart. There was a text message from Tyler that night—one that might have changed everything. There’s no bringing Tyler back, but Lex learns that sometimes the ghost of a person is enough to keep the living from moving on.

This beautifully written story is not so much about death as it is about forgiveness. Yes, the book centers on the suicide, but it also revolves around Lex’s need to forgive those around her. Not just her brother, but her mother, friends, and herself as well. The story is very dark, and it doesn’t shy away from the grief that Lex experiences. This book is an extremely well written, character-driven story of grief and forgiveness. 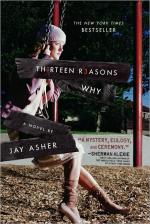 'Thirteen Reasons Why' by Jay Asher

When Clay Jenson comes home one day to find a mysterious box on his front doorstep, he finds thirteen cassette tapes inside. Hannah Baker, his classmate and former crush that committed suicide two weeks earlier, recorded the tapes. On each tape is a reason, connected to a person that Hannah chose to end her life, and Clay is one of them. Clay must listen to the tapes to find out how he is implicated, and decide who else needs to know.

This is a book published quite a while ago that still merits a mention as an important novel on suicide. The book unfolds with an incredible tension as Hannah and Clay’s dual narrative tells the story. Clay is our tenderhearted and conflicted narrator, and Hannah’s increasing pain is evident with each tape revealed. This book ultimately reminds us that even our seemingly insignificant actions can drastically affect others in ways we could never image. 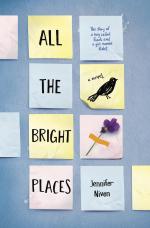 'All the Bright Places' by Jennifer Niven

Theodore Finch and Violet Markey couldn’t be more different. Theodore is fascinated by death, constantly thinking of ways he might kill himself, and Violet loves for the future. It is incomprehensible that the two of them would find themselves face to face on the ledge of the bell tower at school, and the truth about who is saving who becomes unclear. Soon, they are paired up on a class project to discover the “natural wonders” of Indiana, which propels them to discover much more than tourist attractions. Theodore finds that with Violet he can be himself, while Violet finds that with Theodore she is no longer pining for the future, but living in the present. But as Violet’s world becomes larger and she learns to live life, Theodore begins to fade into the void.

This book is about mental illness and what it means to live with that type of label. It’s about finding comfort in friends and finding ways to cope with the big upsets in life. It’s so realistic and raw in its portrayal that it is at times hard to read, but these two characters are beautifully rendered and complex in a way that begs you to keep going, even when its difficult. You will laugh. You will cry. And you will fall in love with these characters. 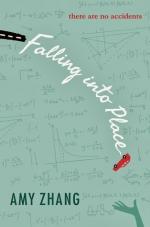 'Falling Into Place' by Amy Zhang

In this story told by an unexpected and surprising narrator, questions surround the death of Liz Emerson, Meridian High’s most popular junior girl. After she drives her Mercedes into a tree on the side of the highway, students and the community wonder why Liz decided that the world would be better off without her. As they wonder how the girl who had everything going for her could possibly have just checked out on life, they also question how their own actions affect others and how we play our different roles in life.

This is one of those books that stays with you long after you’ve read it. It has an otherworldly feel for a contemporary novel and has the most wonderful “problem” of having some truly unlikable protagonists.  Although the teens in this book are privileged and difficult to root for, they are also complex and compelling to read about. The reader’s conflicted feelings about the MC are what propel the narrative and makes the ultimate payoff at the end worthwhile. 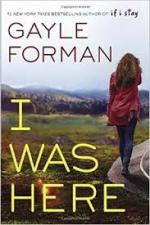 'I Was Here' by Gayle Forman

Cody is shocked and devastated when she learns that her best friend Meg has killed herself by drinking a bottle of industrial-strength clearer alone in a motel room. Cody thought she and Meg shared everything, and cannot believe there was no warning. When Cody returns to Meg’s college to pack up her belongings and bring them home to her family, she discovers that there was a lot that Meg never actually told her. She meets roommates who shaped Meg’s life and a lover who broke Meg’s heart. Then there’s an encrypted computer file that Cody can’t open, holding secrets to Meg’s death. As Cody searches for answers, everything she thought she knew about Meg’s death gets thrown into question.

This book does an excellent job of addressing the ambiguity that comes with death by suicide. Answers are difficult to come by and reasons are often muddled, and Cody runs into all of this in her search for answers to Meg’s death. Anyone who has ever been touched by suicide will relate to Cody’s desire to find out the truth and make responsible parties pay for their actions. 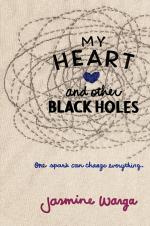 'My Heart and Other Black Holes' by Jasmine Warga

Sixteen-year-old physics nerd Aysel is obsessed with plotting her own death, but she is ultimately unsure if she has the courage to do it alone. She fights the daily battle of a distant mother and the gossip of her classmates while constantly thinking of her own death. When she discovers a website with a section called Suicide Partners, Aysel thinks she has found her solution. It is through this website that she meets Roman, who is haunted by his own family tragedy and is looking for a partner for his own death. Despite having nothing in common, Aysel and Roman slowly begin to fill the void in each other’s lives. But as their plans for suicide become more concrete, Aysel becomes increasingly unsure if she wants to go through with it. She must choose between dying and convincing Roman to love.

This book is all at once heart-wrenching and life affirming. Suicide is a tough enough topic to tackle in a novel, and the added tension of having two teens that are seeking support for that most personal act makes for a very compelling and unique story.  Aysel and Roman experience depression in very different ways, yet seek the same solution to ending their pain. Their depiction is a wonderful way to show that depression manifests in different ways in different people, yet it’s still such a universal feeling.

Anyone who has been touched by the loss of suicide knows that dealing with that kind of death is a difficult and emotional process. These books are an excellent starting point for opening meaningful dialogue and helping readers see themselves in stories. Each book is straightforward in addressing the pain and suffering of grief, while still offering a note of hope for survivors.