Let’s start with last year’s list. We had The Mist TV show, Live by Night, Captain Underpants, American Gods, IT, Annihilation, and The Dark Tower. The Mist was hot trash, I only lasted two episodes before bailing. I never bothered watching Live by Night but I heard it wasn’t very good. My girlfriend’s son loved Captain Underpants. I don’t have the money to watch whatever channel American Gods is broadcast on. IT is one of the finest King adaptations ever made, while The Dark Tower is probably one of the worst. And Annihilation was pushed back to 2018, so expect to see that one pop up on this year’s list again. Expect it to pop up right...now... 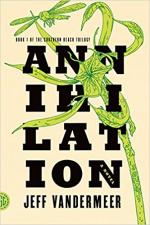 Oh hey! I told you this one would return on this list, and I was not lying. Jeff VanderMeer’s wonderful novel is coming to the big screen, baby! Finally. Are you excited for this one? You better be. Alex Garland, AKA the maniac who brought us Ex Machina, wrote and directed the film, and it features Natalie Portman, Jennifer Jason Leigh, Gina Rodriguez, and Oscar Isaac. This thing comes out in February! Go see it. 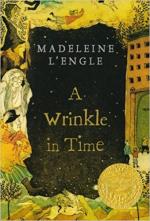 06. 'A Wrinkle in Time' directed by Ava DuVernay

I’ve never read A Wrinkle in Time. I’ve never even looked up what it’s about (I am not very good at my job). I assume it has something to do with time travel, but beyond that…*shrugs*. However, my girlfriend is fucking ecstatic about this upcoming adaptation, and she’s probably not the only one? Oprah’s in it, so that’s...uh, something. People like Oprah, right? 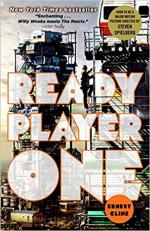 Every excerpt I’ve ever read from Ernest Cline’s Ready Player One has made it seem like The Worst Book Ever Written. Seriously, take a look at this shit. And also, the one trailer I was forced to watch before my screening of The Last Jedi didn’t do much to excite me, either. However, I understand that a certain percentage of the population will eat up anything referencing the 1980s no matter the substance, which makes this film pretty gosh dang anticipated. I hope you don’t see it, but you’re probably going to, anyway. But to be 100% honest, the only real reason I included Ready Player One on this list was to introduce you to Ernest Cline’s bizarre, shitty poetry. You’re welcome. 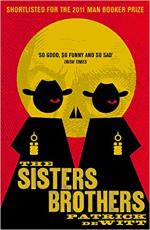 A couple weeks ago I stumbled across a novel called The Sisters Brothers and downloaded it immediately based off the recommendation from a friend and the discounted eBook price. I devoured it in a couple sittings, completely entertained. Afterward, I did a quick Google search of the title and discovered it’s in the process of being made into a film, starring John C. Reilly and Joaquin Phoenix as brothers in the wild, wild west who freelance as hitmen. I can’t believe how perfect these casting choices are. If you haven’t read the novel yet, then please consider picking up a copy. You won’t regret it. I’m also sure the film will be a pleasant experience and I look forward to its release. 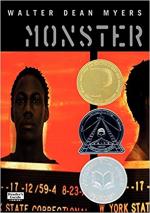 I have vague memories of discovering Monster by Walter Dean Myers in my public library around the age of eight. Advertised as a children’s book, it was unlike anything I’d ever seen on the usual shelves I tended to browse. Monster is about a sixteen-year-old black kid on trial for murder, and it will absolutely shatter your heart. A decent amount of the book was written in screenplay form, so I mean, most of the work was already done for Mandler. I’m surprised it’s taken this long for an adaptation. 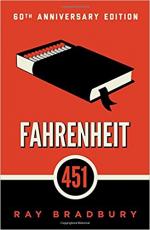 Did you know HBO recently created a Fahrenheit 451 film, written and directed by Ramin Bahrani and starring Michael B. Jordan and my husband, Michael Shannon? Because I sure-as-fuck didn’t. I will watch anything Shannon’s in, so this seems like a no-brainer to me. How did this one slip under the radar? 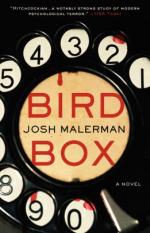 Frequent readers of my columns will not be surprised by my love for Josh Malerman’s writing, especially his debut novel, Bird Box. To say I am excited for the upcoming film would be an understatement. Starring Sandra Bullock, it’s uncertain at the moment when it will actually be released, as it’s currently still being filmed. Here’s to hoping we’re able to watch it by the end of the year.

What adaptation are you most excited about? Anything I missed? Drop a note in the comments.

From Page To Screen: The 10 Best Film Adaptations Of Classic Novels

Amazing blog for sure i will share this with my friends..