British bookworms celebrate National Non-Fiction Day on the first Thursday of every November. Originally the brainchild of two organizations dedicated to children’s books, it’s a great opportunity to surprise the young readers in your life with some top-notch, age-appropriate books that will educate as they entertain. But there’s no reason grownups can’t get in on the fun as well!

Whether you devour trendy biographies or prefer to stick to the rows of novels when you browse a bookstore, November is the perfect time to pick up a nonfiction read. To help you get into the spirit of the season, here are seven of the best—from heartbreaking memoirs to tech industry tell-alls. 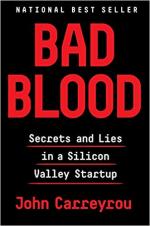 1. "Bad Blood: Secrets and Lies in a Silicon Valley Startup" by John Carreyrou

What happens when a unicorn startup turns out to be a cow pony with a plastic horn? Predictably, you end up with lots of lawsuits— and even more embarrassment. Just ask Theranos’ Elizabeth Holmes, who went from TechCrunch darling to harried defendant, thanks to some gutsy, incisive reporting. The Wall Street Journal’s John Carreyrou spent 2015 working on a series of explosive articles on the so-called startup, revealing the fraud behind its much-documented, meteoric rise. Putting it all together was an act of journalistic valor, showing the power of free press at its best: both Carreyrou and the Journal weathered legal threats from the increasingly panicked Theranos team, while their courageous insider sources risked lawsuits, ostracism, and worse.

If you’re a tech watcher, you probably devoured Carreyrou’s articles as they were filed. But his book on the Theranos scandal, aptly titled Bad Blood, is worth a read whether or not you’ve been following the story. With vivid prose and a rigorous use of sources, Carreyrou peels back the curtain on the psychology and bioscience — or lack thereof — behind the company’s deceptions. No wonder there’s already a movie in the works, with Jennifer Lawrence tapped to play the disgraced Holmes. 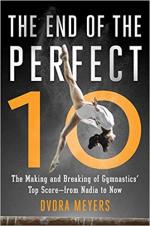 2. "The End of the Perfect 10: The Making and Breaking of Gymnastics’ Top Score—from Nadia to Now" by Dvora Meyers

Earlier this month, the World Gymnastics Championships took place in Stuttgart. The Americans, predictably, left Germany with more medals than any other team on the women’s side, led by generational phenomen Simone Biles with her five golds. A five-time World all-around champion, she boggles the mind with the ease and power of her skills — and over the spring floor on which gymnasts tumble, Biles seems to soar.

Just watch her event finals-winning floor routine alongside footage of one of 1989’s World floor co-champions, the Soviet Union’s Svetlana Boginskaya: the two women hardly seem to be competing in the same sport. And then there’s the question of their scores. Thirty years ago, Boginskaya scored a perfect 10. But Biles took the crown with a 15.133. Dvora Meyers’ The End of the Perfect 10 shows exactly how gymnastics scoring got from there to here — and how gymnastics itself took on its current, dynamic shape, with Biles as its face. A veteran sports journalist with bylines in Deadspin and The Guardian, Meyers brings both clarity and passion to her exhaustive account of this fascinating sport. 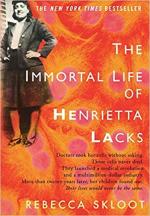 3. "The Immortal Life of Henrietta Lacks" by Rebecca Skloot

This unconventional but much-celebrated biography offers a touching, incisive meditation on medical ethics and the human costs of scientific advancement. At its center is a poor, black tobacco farmer from the American South, whose cells, harvested without her consent, have outlived her by 68 years — and counting. Henrietta Lacks, known as HeLa to the researchers who used her genetic material, has had an indirect hand in countless medical advancements, from cancer treatment to the polio vaccine.

Lacks’s husband and children didn’t even learn about her cellular immortality until two decades after her death — nor have they seen any profits from the patents and pharmaceutical sales she made possible. The fruit of a decade’s work by science writer Rebecca Skloot, The Immortal Life of Henrietta Lacks brings this family to the forefront, anchoring an elucidation of grand themes — from racism and bioethics — to their personal attempts to make sense of Lacks’s fate. 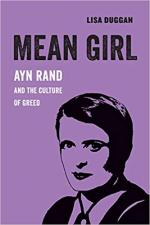 4. "Mean Girl: Ayn Rand and the Culture of Greed" by Lisa Duggan

Born Alisa Zinovyevna Rosenbaum, she fled her native St. Petersburg with her family after the October Revolution, when the Bolsheviks seized her father’s pharmacy. In middle age, established as a New York intellectual, she’s photographed wearing a lapel pin in the shape of a dollar sign. She is, of course, Ayn Rand — the fiction writer and philosopher whose project of spinning selfishness into a virtue has seen her both quoted admiringly and roundly denounced for decades.

In Mean Girl, social theorist Lisa Duggan unpacks Rand’s pull on politics and culture in the age of Trump. It’s less a biography than a wide-ranging map of Rand’s work and influence, from her “softly pornographic novels,” which made greed sexy, to the cult that coalesced around her aphoristic wit and brooding glamour. Duggan’s prose is as clear and lively as her analysis is timely, making for a read that’ll appeal to true crime buffs as much as philosophy buffs. You won’t look out of place reading it in a university library, but you can also bring it to the beach. 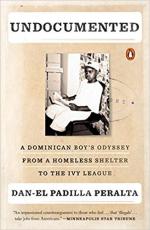 5. "Undocumented: A Dominican Boy’s Odyssey from a Homeless Shelter to the Ivy League" by Dan-el Padilla Peralta

A historian of Rome based in Princeton, Dr. Dan-el Padilla Peralta is hard at work on his first scholarly book, a history of Rome temple construction and pilgrimage networks called Divine Institutions. But he’s hardly a first-time author: Peralta’s memoir came out from Penguin Random House in 2015. Called Undocumented, the book traces his journey, as the blurb puts it, from “a New York City homeless shelter to the top of his Princeton class,” all while navigating the institutional challenges of being an undocumented immigrant. Written with candor and passion, the book puts a human face on the classical canon — one that’s far from old, white, and out of touch.

As Undocumented shows, Peralta spent his youth moving between two radically different social contexts, all while trying to keep his immigration status a secret. But just before he was scheduled to give the salutary address at his Princeton commencement, he came out as undocumented to the Wall Street Journal. Peralta’s remarkable journey showcases his brilliance and grit — as well as the goodwill that allowed him to reach his tremendous scholarly promise. But it also contextualizes his story against bigger issues, from the justice of immigration policies to just who the classics belong to. 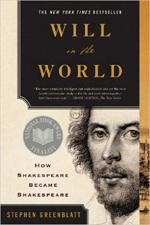 6. "Will in the World: How Shakespeare Became Shakespeare" by Stephen Greenblatt

The Bard of Avon looms so large over Anglophone literature, it can be hard to remember that he was ever actually a person — at least until you pick up Will in the World. Before Shakespeare became, well, Shakespeare, he was a glove-maker's son, a boy from a little market town on the banks of the River Avon.

In the capable hands of Stephen Greenblatt, a renowned Shakespearean scholar, we encounter the famed playwright and poet as a man, fascinated by the near-magical power of language, and full of faith in his own remarkable gifts. Given the scantiness of our knowledge about the Bard, Greenblatt’s biography relies as much on imaginative conjecture as on pure scholarship, leading to a take on Shakespeare that’s courted its share of controversy. But his reconstructions are lucid, convincing, and full of human warmth. 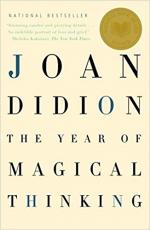 7. "The Year of Magical Thinking" by Joan Didion

This one isn’t a light read: The Year of Magical Thinking is both a heartbreaker and one of literature’s most intelligent dissections of grief. In 2003, essayist and reporter Joan Didion suffered the worst year of her life. Her husband, the author John Gregory Dunne, died of a heart attack, just days after their daughter, Quintana, was hospitalized for life-threatening pneumonia. As Didion adjusted to widowhood, she continued to care for Quintana, whose own health issues worsened until she, too, passed away, just a year after her father’s death.

The leaden weight of Didion’s grief can make The Year of Magical Thinking hard to read, despite — or perhaps because of — the remarkable beauty and lucidity of her prose. The reportorial distance she adopts seems to heighten, rather than undercut, the book's poignancy. Didion interweaves memoir with science writing, examining her own emotional response through the lens of medical and psychological research. The result is nothing short of a tour de force, showing one of America’s foremost stylists and thinkers at her heartbreaking best.

What would you recommend reading for National Nonfiction Day?