There are many book adaptations coming out this year, and not all of them look very good. Here are seven that I will definitely check out. 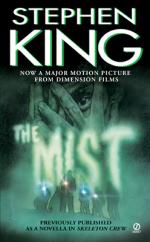 07. ‘The Mist’ produced by Christian Torpe

Spike TV is bringing Stephen King’s The Mist to the serialized format. My initial reaction to this news was not very positive. Why would you adapt a self-contained story in a supermarket into a television series? Everything I love about The Mist would be ruined if expanded to fill an entire season’s worth of substance. But multiple seasons? Why? However, then I read that the creators of The Mist are taking “a Fargo approach”, which I guess means we’ll be in the same universe as the original novella, but the plot and characters will be different. Does that mean it’ll also be an anthology show? Not sure. I doubt it. Look. I don’t think this show is going to be very good, especially since it’s on Spike, but I’ve been wrong about, like, three things before, so maybe this will be my fourth blunder. We shall see! 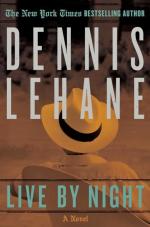 This one is already in theaters at the time of this article’s publication, but I doubt I’ll have a chance to watch it until it’s available to rent or stream. It has not gotten the best reviews so far, but I’m still looking forward to it. I’m not the biggest fan of Affleck as an actor, but I adore the films he's directed (Gone Baby Gone and The Town, especially). Plus, just like Gone Baby Gone, Live by Night is also adapted from a Dennis Lehane novel. I haven’t read this particular book, but it’s rare that Lehane pens something not worth devouring. 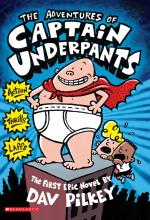 I’m not ashamed to admit that I’m young enough to have read the Captain Underpants books when I was just a wee lad. I was five when the first book came out and they absolutely helped spark an interest in reading. I don’t remember much about them now, but I do remember them making me laugh a whole bunch. Would they make me laugh now? Probably. My sense of humor has not changed since the womb. Anyway, the movie’s going to be animated and it will feature the voice work of Ed Helms, Kevin Hart, Thomas Middleditch, Nick Kroll, and Jordan Peele. I don’t want to say it’ll be terrible, because look how fucking hilarious that Lego movie ended up being, but yeah, this will probably be terrible. I will be watching it. 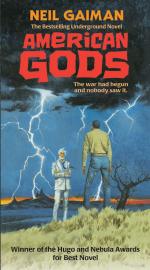 I’m a big fan of Neil Gaiman’s American Gods, although a lot of my close friends are convinced it’s a dog turd. I keep them around for their terrible opinions, obviously. I think the show’s going to be even better than the book, primarily because Ian "cocksucker" McShane is playing Mr. Wednesday. IAN MCSHANE! This is the kind of book that totally makes sense to adapt into a television show, too. The mythology here can be taken so many different, interesting ways. 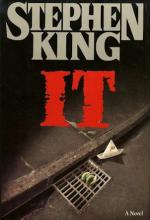 03. ‘It’ directed by Andrés Muschietti

I’m just gonna get it out of the way: it’s bullshit that we aren’t getting the Cary Fukunaga adaptation we were all originally promised. Regardless, I’m very excited for this movie. I’ve had a mixed relationship with the original made-for-TV movie, and I’ve always hoped it’d get remade for the big screen. Hopefully Muschietti turns it into his own thing. Haha, it. Get it? Anyway, I want something terrifying. Don’t fucking let me down, Hollywood. And if you’re wondering if the weird child sewer sex scene will be included, you’re not alone. 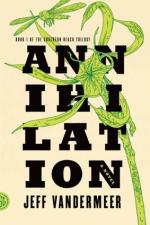 Jeff VanderMeer’s Southern Reach trilogy is weird fiction perfection. If you haven’t read it yet, then immediately go buy the entire set and dig in. Don’t bother reading anything about them ahead of time. Go into these books naked and confused and let the strange mysteries guide you. I cannot think of a better director and cast suited for an adaptation of the first novel in the trilogy. Natalie Portman, Jennifer Jason Leigh, and Gina Rodriguez? Hell yes. Will Alex Garland direct all three books? Who knows! Well, he probably knows. Actually, a lot of people probably know the answer to this question. But I sure don’t. 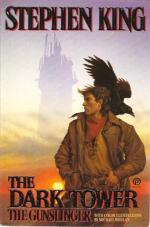 It wasn’t until I started writing this article that I discovered Ron Howard was no longer set to direct this film. I did a quick wiki-read of Arcel, and I see he’s also set to adapt Don Winslow’s The Power of the Dog, so at least we know, if nothing else, this guy has amazing taste in literature. An adaptation of The Dark Tower has been a long time in the making. It’s been pitched as a TV show, it’s been pitched as a series of movies, and it’s been pitched as both a TV show and series of movies. Basically, nobody knows what the fuck to do with this story. What we’re getting is this: a film that will serve as a sequel to the book series. This way, nobody has to worry about being faithful to what happened in the novels. They can do whatever the hell they want. This idea actually works and I like it a lot. I can’t explain how it works without ruining the book series. If you haven’t read the series, you are a terrible person and should be ashamed of yourself. Go. Read. The Books. Then watch the movie when it comes out this summer. Idris Elba and Matthew McConaughey? Holy shit. You better take cover because pants buttons are flying all over the planet like bullets right now.

9 Times the Book was Better than the Movie