I remember visiting the movie theatre as a child. It was a riveting experience full of wonder and joy. What new story will I see brought to life next? Will I be scared or forced to hold my belly from laughter? And, most importantly, will the employee behind the counter actually remember to put extra butter on my popcorn?

Nowadays, the experience isn’t quite the same. It seems that every new film released is a recycled idea, crafted for the sole purpose of raking in cash as opposed to making cinematic history. Perhaps this is why there have been a plethora of grotesque adaptations that butcher the source material and leave fans of the original book sobbing in their seats.

It’s time to call out these mockeries once and for all. I give you, my loyal readers, the worst book-to-film adaptations of all time! (And some good ones, too.) 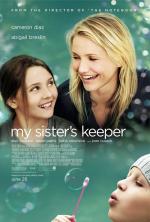 This travesty could’ve been what all its fans dreamt of, but alas! The production broke the first commandment of the holy adaptation commandments: the entire ending was changed. Not only that, but the alteration went directly against author Jodi Picoult’s wishes. Needless to say, readers everywhere are still outraged by this indiscretion. 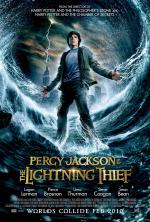 Even poor Rick Riordan has to throw his arms up at this one. While the Percy Jackson and The Olympians series captivates young readers across the globe and has spawned its own universe and cult following, the movie version of the first book was a box office bomb. Its failure might have to do with the fact that the production altered so many key plot points it was virtually a ghost of the original storyline. Riordan has publicly bashed the adaptation via Twitter more than once, but apparently the author’s disavowal couldn’t prevent an equally terrible sequel from bring made. 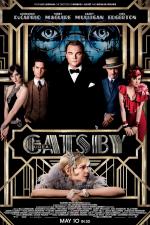 The big screen version of F. Scott Fitzgerald’s classic should’ve been an effortless hit. After all, any movie with Leonardo DiCaprio in the title role is automatically a success, right? Wrong. The glitz and glam that was The Great Gatsby was released to a virtual booing crowd. CNN critic Tom Charity even went so far as to say, “There are no two ways about it: The Great Gatsby is misconceived and misjudged, a crude burlesque on what’s probably American literature’s most precious jewel.” 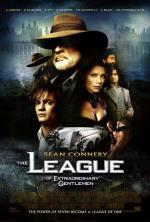 'The League of Extraordinary Gentlemen'

Comic book adaptations are all the rage right now. Movies like Deadpool and Guardians of the Galaxy are leading us into a thrilling, action-packed future—but in the past, this hasn’t always been the case. Take the film version of Alan Moore’s League of Extraordinary Gentlemen, for instance. Its very existence has left a black mark on the history of comics. Moore himself completely renounced the flick, Sean Connery was forced into retirement due to the massive onslaught of bad reviews, and the movie’s director never helmed another film.

So now that we’ve discussed the worst, why not take a look back at the sunny side of things as well? There have been a few successful book-to-film adaptations, and they deserve some acknowledgement. 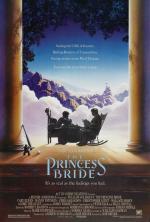 The book became an instant classic and developed a large fan base that, even to this day, continues to grow. The movie version was equally a success and managed to do the novel justice while still holding its own in the universe of quality adaptations. 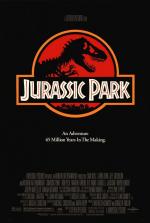 With such a unique concept, it’s hard to go wrong. Michael Crichton’s hit book was adapted by none other than Steven Spielberg, which no doubt added to the film’s roaring success. Fans of the original series seem to be satisfied with the big screen version, and the recent reboot featuring Chris Pratt has kept the dinosaur-filled world alive. 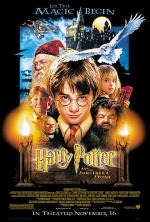 'Harry Potter and the Sorcerer’s Stone'

Most HP fans vote for The Prisoner of Azkaban as the best book-to-film adaptation in the series, but I beg to differ. The first movie is what brought the books to life on the screen to begin with. Without the attention to detail and the close adherence to the original storyline, the rest of the films would have tanked. From the moment fans sit down to watch the first film, they’re enveloped by J.K. Rowling’s universe and locked in for life. 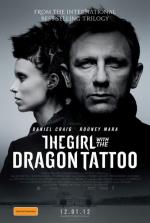 'The Girl with the Dragon Tattoo'

Stieg Larsson wrote the bestseller that avid readers have come to know and love—and it just so happens that they also love the film version! Perhaps the awesome soundtrack had something to do with it, or maybe Daniel Craig and Rooney Mara should take the credit. Whatever the case, the movie manages to perfectly capture the mood and environment of the book.

There are dozens of other book-to-film adaptations that could arguably steal the medal away from the above list of worst and best movies. So now it’s your turn, my dear readers: which adaptations do you hate (or love) the most?

Raine lives in Cleveland, Ohio and works as a freelance writer and graphic artist. From an early age she has harbored a love of reading and writing, and is lucky enough to incorporate both into her daily work routine. Raine is a lover of all things fantasy and horror related, has a soft spot in her heart for middle grade and young adult fiction, and spends most of her free time running, wakesurfing, or wrangling in her husband and three cats while they perpetrate a massive amount of mischief around the house.

Stardust deserves an honorable mention. A movie that well exceded the book in my opinion.

Also Sphere as a travesty. They took combined an exceptional book with excellent actors and completely blew it.

Godfather and Fight Club, if we are talking about faithful adaptations.

Naked Lunch and Bourne trilogy, in terms of loose adaptations are best.

Silence of the Lambs is my favourite book-to-film in staying true to the original.

Trainspotting is my favourite not-much-like-the-book yet still made an interesting film (without the ever-present darkness of the book).

Jaws is another good novel-to-film (prolly film worked out better).

travesties are too numerous to mention.

I think The Martian was more educational as a book, but more entertaining as a movie.

I think that "Altered States" was my pick for worst....Just completelyt missed the subtlety of the book.

The Princess Bride film was helped immensley by the fact that William Goldman was a celebrated screenwriter before he wrote the book and then adapted it into a movie. It still could have gone wrong but definitely had that in it's favor.

I second No Country For Old Men as one of the best book to film adaptations. Many of the lines from the film are straight out of the book.

WORST book to film adaptation has to be The Hitchhiker's Guide to the Galaxy. I don't blame the stellar cast but it was all wrong from beginning to end. They took out all of the funniest bits of the book and interjected stupid slapstick in its place. Zaphod's flip up head seemed to be a cheap way to get around special effects. It's pretty bad when the 80's BBC version with foam rubber costumes and negligible special effects is loads better than your big budget movie. Unforgiveable.

ps. How about a list of films that are better than the books they were adapted from. They are few and far between but they do exist.

I looked up the movie ending to "My Sister's Keeper" and it actually sounds better than the book's ending. The ending to the book was such a cop-out. Picoult raises this interesting ethical debate, but lacks the nerve to go through with the consequences of Anna's decision, so she wussed out and created a half-assed "happy" ending.

The movie still screams "Lifetime Movie!" but having Kate die, a sad as it may be, it is the natural consequence of Anna's refusal.

The Road was done well and i think the American Pyscho movie did justice to the book.  Cider house rules was the worst I can think of off the top of my head. Probably my favorite book, or at least one of the best books i have ever read.  The movie just made me sick and yet it won awards.

I have always loved 'Blade Runner' even though the movie focused mainly on the bounty hunter aspect of the book. 'Do Androids Dream of Electric Sheep?' is a much bigger story full of awesome ideas just like all of Philip K Dick's books.

'A Clockwork Orange' is another favorite (book and film). Stanley Kubrick did an incredible job capturing the story and presenting it visually. Nobody will ever match his genius.

'The Andromeda Strain' was good (The first movie adaption)

I like the movie version of 'Ender's Game' although the book is still better.

'World War Z' would be my least favorite film adaptation. The book is one of my favorites and I was severely disappointed with the film.

And I also thought 'The Silence of the Lambs', 'Hannibal', and 'Red Dragon' were all decent.