In 2015, the American Library Association started GLBT Book Month: a nationwide celebration of authors and books that explore the experiences of the gay, lesbian, bisexual, and transgender community.

While we believe LGBTQ+ stories should be incorporated into people’s reading lists year-round, we’re here to help you kick off a month of reading with eight diverse and truly superb books, starting with... 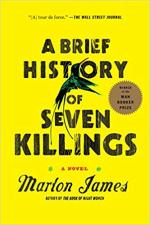 'A Brief History of Seven Killings' by Marlon James

On December 3, 1976 seven unnamed gunmen stormed Bob Marley’s house, firing machine guns. Along with several others, Marley, his wife, and his manager all sustained injuries during the attack that occurred just days before the Jamaican general election — and two days before Bob Marley was to play the Smile Jamaica Concert to ease political tensions in Kingston. In A Brief History of Seven Killings, James provides a fictional exploration of this time period in Jamaica. The novel follows a number of different story arcs, including that of John-John K: a gay hitman who is going through boyfriend troubles, and who also happens to be trying to kill one of his country’s greatest icons. Winner of the Man Booker Prize, James has stated that while he is out in America, in Jamaica he remains “very much in the closet and very much in the church, which is a very big closet in Jamaica.” 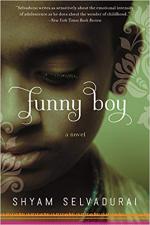 Young Arjie lives with his large and affluent family in Colombo, the capital of Sri Lanka. Instead of playing cricket with his brother and the other boys, Arjie prefers planning make-believe weddings with his female cousins. When his parents discover Arije’s preferred pastime, he is forced to abandon playtime and to adopt a more rigid lifestyle. This unfolds alongside an increasingly bloody and ethnically-driven war taking place in Sri Lanka’s north — a war which has started to spill throughout the country. As Arjie begins exploring what “sexuality” means for him, he is confronted by the number of ways in which humans are prejudiced against one another. According to Edward Hower of The New York Times: “Funny Boy is a great deal more than a gay coming-of-age novel, for Arjie’s loss of innocence is as much a political process as a personal one.” 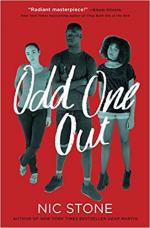 'Odd One Out' by Nic Stone

Possibly one of the freshest spins on the love triangle in a long time, Odd One Out follows the lives of three teenagers: Courtney Cooper, Jupiter Sanchez, and Rae Chin. Courtney and Jupiter have been best friends for as long as they can remember, and Rae is the new kid in town. Sounds simple enough, but here’s where it gets complicated: Courtney is starting to feel like he wants to be more than friends with Jupiter, but Jupiter is a lesbian. Rae is incredibly grateful for her new friends and the fact that she already feels like she belongs in her new town. But she’s also kind of got the hots for both of them, and eventually starts dating Courtney — which inspires some confusing feelings for Jupiter. She’s only ever been into girls, but the idea of any other girl at Courtney’s side has her feeling conflicted.

The tagline for this novel says it all: “One story. Three sides. No easy answers.” 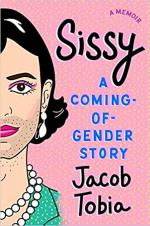 As a young boy who enjoyed the sparklier things in life, Jacob Tobia was often labelled by his peers as a “sissy.” Now that moniker has become his rallying cry and the title of his memoir. As the synopsis puts it, this book “takes you on a gender odyssey you won’t soon forget.” By detailing his Methodist childhood, his schooling at Duke University, and his time at the White House (the halls of which he has walked in heels — twice), Tobias tackles the notion of gender, challenging the automatic instinct to sort people into the categories of “men” or “women.” 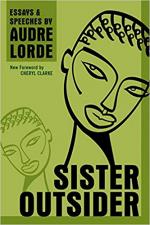 Audre Lorde represents a number of magnificent groups, including (in no particular order): black women of color, lesbians, writers, poets, champions of intersectional feminism, womanists, civil rights activists, and librarians. Sister Outsider is a collection of fifteen essays and speeches, written in charged prose that incites action and encourages hope. In Lorde’s own words, the works included invite readers to “never close our eyes to the terror, to the chaos which is Black which is creative which is female which is dark which is rejected which is messy which is…” 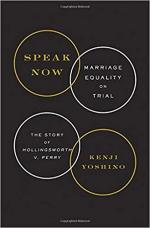 Over 12 days in 2010, the Hollingsworth v. Perry trial took place in California. It was this watershed trial that ultimately nullified Proposition 8 and legalized same-sex marriage throughout  the state. In Speak Now, Kenji Yoshino tells the story of this trial, which interrogated the nature of marriage, the political status of gays and lesbians, the ideal circumstances for raising children, and direct democracy’s ability to protect fundamental rights. Yoshino grounds his discussion of legal technicalities by sharing his own stories of finding love, getting married, and having children as a gay man in America, making this book especially poignant. 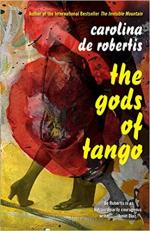 'The Gods of Tango' by Carolina De Robertis

In 1913, Buenos Aires seems to live and breath tango. And 17-year old Leda wants to thread herself into this music that weaves itself through her new city. She’s just arrived in Buenos Aires with nothing but a suitcase and her father’s violin, and the husband she moved there for is dead. Most importantly, she’s a woman, and women do not play tango in public. So, in order to play, Leda embraces her newfound anonymity and disguises herself as a man. With the freedom of her “masculine” disguise comes the recognition of her own, long-repressed feelings. From the synopsis: “Powerfully sensual, The Gods of Tango is an erotically charged story of music, passion, and the quest for an authentic life against the odds.” 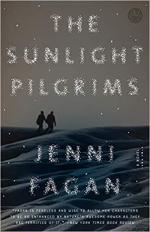 'The Sunlight Pilgrims' by Jenni Fagan

Going through puberty and “coming-of-age” is hard enough when the physical world around you isn’t literally freezing over — and in The Sunlight Pilgrims, that’s exactly what’s happening. But, unlike much of the rest of the world where people are frantically fleeing south, Estella, a 12-year old transgender girl, and her survivalist mother aren’t panicking. They live in a caravan in the snowy Scottish Highlands, and they’re preparing for the harshest winter the world has seen. Fagan’s dystopian novel explores gender, the resiliency of the human spirit, and the beauty of the natural world.

Happy GLBT Month, everyone! What are some of your favorite LGBTQ+ reads?