If you follow me on social media you know I love talking about publishing. I love talking about writing because writing is my life, but I also love to talk about publishing. The difference is simple: writing is art, but publishing is a business. If you're serious about writing and publishing, chances are you already know about agents. If you don't, here's the 101: agents are folks who get your book in front of publishers and other folks who might give you money for it. Yeah, they do a lot of other things, as you'll see below, but that's their bread and butter. Because agents sell books to publishers, almost every writer out there wants, is looking for, or has an agent. Unfortunately, the thing I've leaned after spending the last half decade talking about publishing online is that a lot of people are confused when it comes to agents. So here are some things you should know about them.

The first thing you've probably never been told about agents is that maybe you don't need one. A career as a writer is perfectly possible without an agent. You have to sit down, look at the kind of publishing you want to do and the career you want to have, and then decide if an agent is the right thing for you. I'll break it down:

-You want to self-publish

You don't need an agent. You're not approaching anyone or asking for an advance, so an agent isn't on your list. Please focus on great editing and layout and make sure you have a superb cover and a marketing strategy.

The difference is simple: Writing is art, but publishing is a business.

-You want to publish with an indie press

Ah, here we go again! Indie publishing is a whole universe. That small publisher your cousin set up is an indie and places like Two Dollar Radio, Akashic Books, Word Horde, Catapult, and Coffee House Press are also indies. The differences between your cousin and those publishers, however, is the difference between taking the bus to the grocery store and driving your Maserati there. If you want to publish with a micro/small indie that takes unagented submissions, go for it. A lot of us started at great indie presses without an agent, and there are a lot of outstanding indies out there that have great distribution. That said, as you go up on the list, an agent becomes useful, especially if you start working with the kind of indie that's big enough to offer an advance or has enough clout to get international attention, which means you might find yourself reading very long, very complicated translation contracts. So, have a plan in mind and then answer this one depending on what you want.

-You want the big publisher and the big advance

I'd say "It's impossible to do without an agent," but then some asshole would name a couple writers that did, as if a few of them make this a thing that happens regularly. It doesn't, but I won't say it's impossible. Instead, I will ask you to identify you favorite writers published by big publishers and then Google their agents, because most of them will have one...or two. In fact, a bunch of big publishers won't even look at your book unless it comes from an agent. I've said this before: shooting hoops with your friends at the YMCA on Sundays is awesome and playing in the NBA is awesome, but those are two different things, and the athlete in the NBA or the WNBA wasn't just practicing for an hour or two every Sunday. Publishing is the same way; there are different levels, and every level requires different tools.

2. Not all agents are created equal

Just like writers, all agents are different. I've heard stories about agents launching outstanding careers. I have also heard stories of agents being unable to sell a book for years or writers changing agents three or four times before they land the right one. I know the idea of representation is juicy and you want to say you have an agent, but it can become as bad as the obsession to see your name in print; dumb and dangerous. An agent that does nothing for you is a waste of time. An agent that charges you for a bunch of things isn't an agent. An agent that has no skills, no sales, no hustle, no plan, and no contacts is also not an agent. Be careful, pitch to those you think will love your work, and make sure they know what they're doing.

3. Agents can shape a career or do absolutely nothing for it

We want to sell our book. I get that. However, don't look at an agent as someone who does that and vanishes. I think an agent is someone who can play a huge role in shaping a writer's career. An agent should be a partner in crime. The bigger your career becomes, the better you and your agent will be, and that's something you should understand from the start. If you land an awesome agent, listen to what they have to say. They know the business. They can help you reach your goals and then develop new ones. That said, agents can sometimes have no effect on your career. I've heard of agents quitting the business and leaving writers hanging. I've heard about agents that have a few huge clients and focus on them while everyone else sits around and waits for their two minutes.

Getting an agent doesn't mean you sold your book. Did your odds improve? Yes, but publishing is weird and books are often victims of subjectivity. Your agent can love your book and have the perfect person in mind...and then that person can hate it or just not love it enough. As you know, rejection is part of this gig, and that applies to what your agent does. Also, an agent can increase your chances of getting an advance, but that advance could be $300,000 or $3,000. Make peace with that.

I've heard a million horror stories about agents ignoring emails and phone calls. I'm sorry, I know it's hard to hear it, but an agent who stops paying attention to you for a long time is probably not paying a lot of attention to your manuscript. Much like working with an editor, the writer-agent relationship should be mutually beneficial and communication should be happening regularly. This isn't to say that shit doesn't come up from time to time or that you should expect to be treated as the only client they have, but keep track of how long it takes them to get back to you and act accordingly. 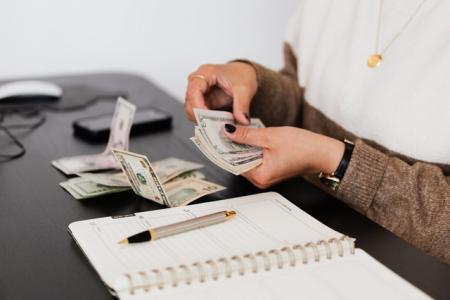 6. Agents also have to pay bills

It's great to work for the same goal, but keep in mind agents also have to pay bills. Selling your book is about you, and also about them. If you don't make money, they don't make money. Don't begrudge agents because they take a percentage of the advance. That's how this thing works. Accept it from the start, realize that agents shouldn't work for free, and move on. I've heard too many stories of people getting an agent, celebrating the sale of their book, and then complaining about the agent's 15%. Grow up and remember this is a business.

8. Loving one book doesn't mean they'll love the next one

Yeah, I just said they have tastes, didn't I? Well, you can send an agent something they love and they'll offer you a contract. Then you write the next book...and they don't like it. Subjectivity is what it is. You can probably find a way around this, so don't get discouraged if it happens to you. Oh, and you can change this to "Selling one book doesn't mean they'll sell the next one," because that's just as true. Sorry if you thought different.

9. An agent at a big agency is usually an agent, and that's enough

Your relationship with your agent will be unique, but it's better if you don't go in expecting them to be your mom, your editor, your psychologist, and your best friend. They won't finish writing your book for you or magically switch careers to turn into a marketing team once your book is out. Some agents will find you a film agent because they don't do that. Some agents will edit and some won't touch it and send it to someone else. If you work with an agent, expect everything an agent does from them, but don't start asking them for more just because you need someone to call and cry on the phone with at 2:00am on a Tuesday.

It is not easy for everyone to detect or to identify the agent. This can only be done by experienced people. Keeping this problem in mind they prefer us to hire AssignmentMasters to find the best solution of this issue. These nine tips you have shared will result to get to know about the agents easily.

Hey, this page is relevant to the search query! The user has found the information they were looking for!” Dofollow Niche blog comments