99 Cents Is Too Cheap For Your Book

It’s been a little while since I tried the persuasive essay, the sort of thing we did in school, but I’m giving it a shot here.

My recollection is that you’re supposed to outline your premise, go through all the points, then remind everyone what the premise was one last time. Y’know, for the morons. Or the teachers, who almost certainly would have to be drunk to grade 30 essays on whether or not it’s acceptable to wear hats in school.

Oh, and if you can start with a phrase like “Since the dawn of time,” you probably should.

My premise is this: Since the dawn of time, I’ve seen a lot of indie authors selling their ebooks for 99 cents, and that is too cheap. You have to value your own work, low-pricing doesn’t work, and you need to remove red flags that identify your book as self-published.

If You Don’t Value Your Work, No One Will

Here’s a life lesson: If you don’t value your work, no one will. I would type it a third time, but you can just go back and read it again, either in the last sentence or the section heading. Do that now. I’ll wait.

You don’t stand a chance of courting impulse buyers, if they even exist anymore.

At the Dollar General, I can buy Kraft BBQ sauce for a dollar. Kraft feels that their bottle of sauce is worth one dollar. And I would say, from experience, that they are correct.

When you price your BBQ sauce at a buck, you are telling consumers, “Hey, this isn’t going to blow your mind. But it’s passable.” Kraft doesn’t BELIEVE in their sauce, but they don’t have to.

You have to believe in your book, at least more than a dollar’s worth.

When you price your ebook at a dollar, you’re saying that, if a well-known book is a nice BBQ sauce, say a Gates or an Arthur Bryant (that’s right, Kansas City styles. COME AT ME!) your book is Kraft BBQ sauce. Passable, sure. Maybe even delicious under the right circumstances (4th of July BBQ, mild heatstroke, overdose of patriotism, possibly stoned). But, no matter how good it ends up, you’ll know you bought the Kraft for a buck. And when something’s that cheap, the question is never about whether or not the sauce is good. It’s whether it’s 99-cents good.

When you price your book at 99 cents, you’ve put a ceiling on it. The best likely outcome, in the mind of a consumer, is that it will be worth 99 cents. If it makes that bar, then it’s a success.

When you assign a price to your book, you’re not just thinking about what some sucker will pay. You’re assigning it a value. You’re telling the world what you think your book is worth.

If you don’t believe in your books more than 99 cents worth, nobody else will either.

The Idea Behind Ultra-Low Pricing Is Crap

We live in a world of abundant content. There’s more than enough shit to fill anyone’s Kindle without having to take a risk on an unknown ebook.

There’s this idea floating around that readers will come across your book and say, “Eh, it’s only a buck. What do I have to lose?”

Alright, fine. What DO readers have to lose?

Let’s say it’s a 50/50 shot that any random Kindle book is good (which is VERY generous, but let’s go with it). That means I could buy 10 books for $10, and half of them would be decent. Or, I could buy just about any goddamn book ever published for the same $10 bucks, which means I can pick something I’ve been wanting to read. Which of these $10 investments is smarter?

Add in the time investment, whether it's better to spend time reading a single good book or 10 books of mixed quality, and you start to get the picture of what consumers are losing when they take a chance on a cheap book.

The world of ebooks doesn’t work like a used bookstore. In a small, physical bookstore, you might take a chance on something that’s cheap because it’s also right there. In the ebook world, EVERYTHING is right there. You can price out different stuff. You can be pretty sure that a book will still be there a year from now.

Buyers are unlikely to take a chance on your book just because it’s cheap. They aren’t going to impulse buy YOUR book. There’s a lot of other shit they can impulse buy. There’s no shortage of stuff out there, and no shortage of cheap stuff. Your book isn’t going to show up on a ton of “Readers Also Enjoyed” lists. You don’t stand a chance of courting impulse buyers, if they even exist anymore. 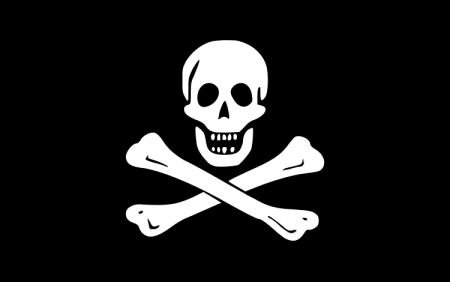 There are a few red flags that a book is self-published. There are only a couple reviews, and they’re all 5-stars. The cover looks like shit. The description is distinctly bad. And the cost is 99 cents.

You might as well title your book The Self-Published Book That Nobody Cares About: A Meditation, if you’re going to price it at 99 cents.

When you’re putting your book on an online outlet, your goal should be to make someone look twice, to make them question whether your book is self-published or not. By the time they’re investigating whether or not your title is self-published, you’ve got them hooked.

Imagine you're a pirate. You're at sea, and your goal is to get close to a ship that has a bunch of, I don't know, whatever the hell pirates wanted. You don't put up the jolly roger right away, even though that flag was metal before being metal was a thing. You put up some lame flag you stole off some sea nerds until the ship you're stalking gets in close enough to attack. That's how you operate.

Avoid anything that signals, from a distance, on first glance, from a list of search results, that your book is a self-published.

You know what I forgot? In a school essay, you’re definitely supposed to end your essay with “In conclusion.”

In conclusion, you can clearly see that because you have to value your work, low pricing doesn’t sell books, and because it’s a red flag, 99 cents is too cheap for your ebook.

Can The Kindle Add Fuel To The Fire Of The Public Library System?

My Kindle Experiment: How Easy Is Amazon's Self-Publishing Platform?

Adventures in Self-Publishing Part 4: I Did A Whole Bunch of Stuff!

I couldn't agree more. I'm sure I've lost many sales because I priced my indie e-book at $4.99. To me, $.99 e-books are all about massaging egos with big sales numbers, period. Ninety-nine cents screams out, "I'm a third world author who will underbid any US author with my book price because $.99 is better than nothing and buys a bowl of rice." No offense intended to third-world workers because the freelance writing markets are the same. It's always easy to find someone to write 1,000 words for $5 or $10, but I like to think my quality is much higher for that 1,000 words, which is why I won't accept jobs that pay much less than $50 for those 1000 words.

I think my indie novel is of a high enough quality to merit $4.99, but I'm not presumptuous enough to assume I can get $10 or $15 like best selling authors because they can charge whatever the market will bear since their readers are loyal to the core and "trained" to automatically purchase whatever the best-selling writer publishes. When (IF) I get to the upper 1%, I'll charge a price that reflects my popularity. For now, I guarantee my $4.99 e-book will be better than about 80% of the $.99 specials (I acknowledge that sometimes best sellers go on sale for $.99.)

If there’s one online income source I like talking about most, it’s definitely self-publishing on Amazon. I’m normally a pretty modest guy but I’ve gotta say… I rock at self-publishing!

I’ve increased my monthly income from nothing to nearly $2K in less than three years just from selling books on Amazon… and I was making a grand a month within a year.

The post on how I make money self-publishing has been one of the most popular on my personal blog so I wanted to update it with everything I’ve learned over the last few years. I’ve included updates on how to turn your books into a passive source of income and how to make the whole process easier.

Ok, so $2K a month isn’t huge money but it’s getting there and it’s growing very quickly.

If you want to learn more about making money with Kindle then check out KindleBucks.com which is the #1 Amazon Kindle Training out there.

I can't recommend it enough. That's how I got started almost three years ago.