A Call to Save Steepletop: Why Edna St. Vincent Millay’s Home Matters

Ever since discovering a battered volume of Edna St. Vincent Millay’s poetry in a second-hand bookstore, I’ve been contemplating a pilgrimage to Steepletop, her country estate in the eastern New York town of Austerlitz where she lived from 1925 until her death in 1950. The site, which includes the poet’s house and gardens and surrounding acreage, opened to the public for tours in 2010. If you’re not familiar with her work, Millay was a Pulitzer-winning poet from Maine who rocketed to literary stardom at the age of 20 after gaining notoriety in a national writing contest. She’s known widely for her love poetry, but she was also a fierce political and social commentator. One of her most famous lines, “My candle burns at both ends,” encapsulates the energetic quality of Millay’s work and served as a mantra for her generation.

The message that greets visitors on the Steepletop website, however, is slightly melancholy in tone:

I am calling on you to help us Save Steepletop. We are in danger of closing our doors. Our goal is to keep this historic site open so visitors can experience this unique glimpse into the life and work of one of America’s greatest poets.

To find out more about why Steepletop is in danger of closing to the public and what lovers of the written word can do to help, I contacted Holly Peppe, Millay’s literary executor.

“It’s a beautiful, inspiring place. If you’re interested in American literature, history, and culture, it’s a must-see,” Peppe responded, when asked what attracts visitors to Steepletop. “The fact that her home and possessions, including her personal library, are still intact, is extraordinary. And we have a devoted team of dynamic volunteer docents who bring Millay’s world back to life for visitors.”

As for Millay herself, Peppe considers her a landmark poet. Her work and life represent the height of the Jazz Age, when her work documented the feelings and frustrations of post-war youth as well as the Bohemian lifestyle in downtown New York.

Millay bought the abandoned berry farm that would become Steepletop in 1925 to the tune of $9,000 and named it for the steeplebush plants that grow there in abundance. Millay’s younger sister, Norma Millay Ellis, lived at Steepletop for over three decades following the poet’s death and made it her mission to maintain the integrity of the property. To support herself and Steepletop, Norma relied on royalties and permission fees as a major source of income.

Since her death, the nonprofit Millay Society has been responsible for maintaining and restoring the site. Peppe explained that royalties have decreased over the years as more of Millay’s work enters the public domain. Today, the Society relies on donations and grants, as well as tour and event fees, to maintain the site, which only cover about $75,000 of their $225,000 annual operating costs. 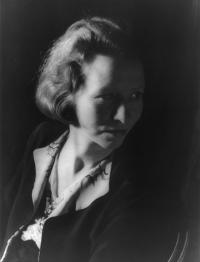 Originally, Steepletop included about 700 acres. In 2006, the Society sold 426 acres to the state of New York for conservation land, leaving 192 acres as part of the estate. Selling off additional parts of the property isn’t an option for the Society now, as that acreage also includes a well-worn Poetry Trail that ends at the Millay Family gravesites.

Despite its financial troubles, Steepletop has actually seen a steady increase in visitors, as well as regular requests for translations of Millay’s work into other languages. And in regards to whether the popularity of Millay’s work has increased over time, Peppe has little doubt.

“Absolutely—Millay continues to be read and quoted in this country and abroad. In recent years, we’ve seen more published works on Millay including plays and musical compositions that feature her life and/or her work. It’s also significant that her Collected Poems volume has never gone out of print.”

Raising $1 million in donations would keep Steepletop open for the next three to five years, while reaching the Society’s dream goal of $5-$6 million would provide an endowment that would guarantee Steepletop’s future. Partnering with other organizations or individuals is also a possibility, but Peppe is careful to leave the definition of such a partnership open, as the Society is flexible about how that would look.

“We know there are people out there who care about preserving historic sites like Steepletop—our goal now is to get the word out to them so we can welcome their help,” she said.

Peppe has spent decades writing and speaking about Millay. Describing the importance of the poet’s work in a brief sentence isn’t easy, but she is emphatic that it is as relevant today as it was during Millay’s lifetime.

“Millay is a revolutionary poet. She not only wrote openly about subjects not usually treated in poetry, like female sexuality—she also reversed the gender roles in love poems, primarily her sonnets, giving women a voice in that traditionally male-centric genre. She was a woman and a writer ahead of her time--given today’s #MeToo movement, her work couldn’t be more relevant to modern readers.” Peppe also noted that one of Millay’s favorite themes was respect for the individual, particularly women. “Her subject matter was considered shocking by some because she wrote about female desire,” she added. “But her daring opened the door for female poets who followed.”

If the Millay Society can’t raise the funds they need, they will still continue to maintain Steepletop, although it will be closed to the public unless another solution is found.

What readers can do to help:

To donate, visit the Save Steepletop page here, and click the red box at the top right. To view their events calendar, see here. And if you have ideas about partnering, email holly@millay.org.

A Conversation With Leza Cantoral on Trash Pandas, Writing Partner Partners, and the Bizarro Genre

Birds and Snakes and Bugs, Oh My! An Interview with 'The Blue Kingfisher' author Erica Wright