Ah, November. The month of Thanksgiving, hot cider, flannel, and excited (not to mention exhausted) writers. That’s right — we’re in the midst of yet another NaNoWriMo.

For every writer out there who’s decided to take on NaNoWriMo this year, we’re all rooting for you. And so your motivation doesn’t flag just as we’re approaching mid-November, I put together this post on five books written during NaNoWriMo that went onto become national bestsellers. Who knows? In a couple of years, we might just see your current NaNoWriMo project on this list, too. 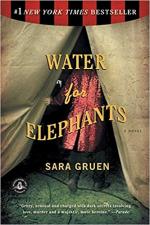 1. "Water for Elephants" by Sara Gruen

Sara Gruen’s chart-smashing, Hollywood-crowning, and overall wildly popular juggernaut about the circus circa the Great Depression certainly took us for a ride when it was first released in 2006 — and it all got its start during NaNoWriMo! Today, Water for Elephants is perhaps NaNoWriMo’s most widely known success story, but it admittedly wasn’t an easy feat: Gruen had to contend with a horse that got conjunctivitis, a sick dog, and a broken foot on top of a 50,000-word manuscript that month.

So it’s understandable that she didn’t actually “win” the competition that year (she fell just short at 40,000 words). But she soldiered on through all the obstacles and had, by the end of the month, a draft of the novel in hand. For all you NaNo-ers reading this now, she has this wise bit of advice to impart: “However far behind you are, take comfort in knowing that there is somebody else out there in the same boat, and look for that next fun scene. And then the next. And if that doesn’t work, set someone on fire. In your book, of course.” 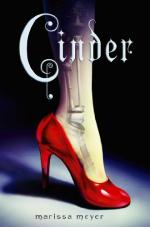 Incredibly, Marissa Meyer cranked out three bestselling books during a single NaNoWriMo, which likely makes her one of the all-time queens of the competition. That said, Meyer had some extra motivation in 2008: there was, according to her, a Seattle competition that awarded the writer who wrote the most words a walk-on role in a future Star Trek episode.

Being “both a geek and a chronic overachiever,” Meyer went for it. And at month’s end, she had 150,011 words that she didn’t have before — and the basis for The Lunar Chronicles, a dazzling futuristic book series that re-tells old fairy tales from a science fiction perspective. Granted, she hadn’t written all three novels in their entirety: the draft of Cinder clocked in at 70,000 words, Scarlet at 50,000, and Cress at around 30,000. But she did have enough of a roadmap to know where she wanted to take them (besides the NYT Bestsellers list). Cinder was published in 2012, the others followed soon after, and Meyer has — to no one’s surprise— repeated NaNoWriMo multiple times since then. 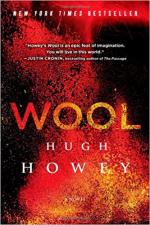 Wool stars on a lot of “Bestselling Books You Didn’t Know Were First Self-Published” lists, but what you might actually not know is that it was also a product of NaNoWriMo. Having self-published it successfully as a novelette a few months prior to November, Hugh Howey decided last-minute to turn Wool into a full-fledged novel (and series) during NaNoWriMo.

He stuck to his word, and more. Howey ended up completing three entire stories in the series and even finished editing Wool 2 — all in the space of the month! (We will not speak of the utterly mind-boggling schedule he had to invent in order to accomplish this monumental feat, but we will say that he’s alluded to many 3AM mornings.) Still, no-one could have predicted the success the Wool series went on to experience. Today, the film rights have been purchased by 20th Century Fox and Ridley Scott is on track to direct the major motion picture.

Howey said, “I don’t think I’d be a professional writer were it not for NaNoWriMo.” It’s not empty words: he’s taken up the competition every year since 2009. And in 2014, his participation in NaNoWriMo produced the novel Sand — yet another one for the bestsellers lists. 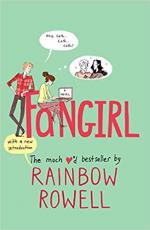 Rainbow Rowell was not one of the instant converts. Already an established author (she had published two novels prior to participating in NaNoWriMo), she was skeptical of the competition and its mantra of “quantity over quality.”

If you, too, are doubtful of this perceived “NaNoWriMo effect,” take heart from Rowell’s story. She tried it out one year despite her misgivings. Her project? None other than today’s wildly popular Fangirl, the intelligent, funny, and altogether endearing story about a girl and her love for fanfiction.

Unlike some of the other success stories on this list, Rowell kept nearly every single word she wrote during the month. In a post for the NaNoWriMo blog, she reports that writing every day and moving forward (not second-guessing herself or her characters), were the two biggest advantages of the competition for her — ones she wouldn’t have achieved if not for the challenge of writing 50,000 words in a single month. 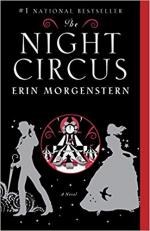 5. "The Night Circus" by Erin Morgenstern

As you can probably guess by this point, Erin Morgenstern also wrote the New York Times bestselling novel The Night Circus during NaNoWriMo. But what makes Morgenstern’s story unique is that she worked on the story over a span of three NaNoWriMos! (In her defense, she says, “I’m not certain it had enough plot at that point to be considered the same novel.”) But this just goes to show that there are many ways of approaching NaNoWriMo — what matters is that you commit to doing it. Make that pact with yourself, prepare for it during Preptober (if you don't know what that is, head here for a Preptober primer), and don't look back in the month of November.

For proof of how much of a difference NaNoWriMo can make to authors, look no further than this simple fact: most of the writers who participate once, participate again. As someone who’s taken part in multiple NaNoWriMos, Morgenstern has a lot of guidance for aspiring NaNo-ers. Here are her tips, straight from the horse’s mouth. I’ll let her have the last word:

With that said, best of luck this year with NaNoWriMo — the 2019 edition!

Don’t You Dare Stop! – 5 Bullshit Reasons for Giving Up on NaNoWriMo

6 Things You Should Never Write About for NaNoWriMo

5 Uses For Your Unfinished NaNoWriMo Manuscript