Alright Kids, We’re Gonna Talk About Race: 5 Books that Get it Right

Yeah, I know it’s a little weird to start off a column about race with a quote about gun control. But the thing is, the two subjects have a lot in common. Mostly their commonality has to do with the fact that when it comes to race and guns in the United States, we rarely, if ever, talk about them.

Americans talk about race and guns A LOT. We talk about both in some instances calmly and rationally, but most of the time we just get pissed off about both subjects and continue to create bigger divides with our anger and unwillingness to find common ground. And as far as our “leaders” talking about racial divides and gun control, forget about it. Those cocksuckers only care about their campaign donations and whether they keep coming in or not, so any kind of reasonable dialogue coming from them ain’t gonna happen.

I’ll be the first to admit, when Newtown happened, when Ferguson happened, I was pissed. All rational thought went out the window and I was filled with nothing but rage; innocent children being slaughtered and unarmed civilians being attacked by a heavily militarized police force tends to do that to me. But when it comes right down to it, I’m more or less a rational person, who also believes that knowledge is power and that books are a far more effective weapon than even the most powerful gun.

Now before I get started with my listicle here, I’m going to be blunt, I’m not a walking encyclopedia and I’m only recommending these books because of the profound effect they had on me in understanding the struggles of people of color. If you have any suggestions for me, I’m more than happy to hear about them down in the comments.

Just remember to be nice. 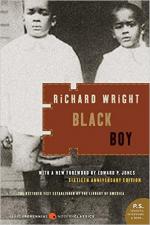 If you were lucky enough to attend an American public school before the big dumb down started happening (as far as I can tell, it started happening in the late 80’s and early 90’s), there’s a better chance than not you read Richard Wright’s remarkable autobiography, Black Boy. The brutal story of Wright’s upbringing in Mississippi is one of the true hallmarks of American literature. As a vastly intelligent young man, Wright is scorned and ridiculed not only by whites, but also by his own community, which views intelligence and education with the same rancor as witchcraft. Black Boy is brimming with existential dread as Wright navigates a world that both hates him and doesn’t understand him. No book before or since and has left a bigger impression on me. 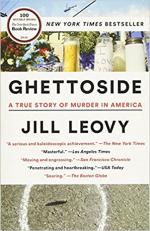 America has a murder problem. We love killing each other, and if you look at bald face statistics without understanding the nature of a community’s culture, it would appear that black Americans like murdering each other a lot more than any other segment of our society. But once again, if you don’t have a historical understanding of the financial and cultural data, your picture of the murder rates in black America is radically incomplete.

Ghettoside is the true story of the investigation into the death of the teenage son of a black Los Angeles police officer. But more than anything else, it’s an unflinching look into a community ravaged by violence, drugs, and near constant police repression. What’s most striking about Ghettoside is how Leovy delves into how the communities which make up South Central Los Angeles suffer not just from police beatings and near gestapo style raids, but how these neighborhoods are radically under policed, particularly when it comes to violent crime. Let me be honest, Ghettoside is not an indictment of the LAPD. Leovy is a consummate journalist and portrays the homicide detectives who work in South Central as stalwart professionals who care deeply about the community and the HUNDREDS of murders they deal with every year. Ghettoside is a vastly important book about how we may be able to improve our criminal justice system. 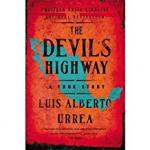 Culturally, I don’t think any book on this list is more relevant than The Devil’s Highway. Maybe it’s because I’ve spent my entire life living close to the Mexican border, but I have zero beef with Mexicans crossing over illegally. If I lived in Mexico, you can bet your ass I would be making my way to America, because Mexico fucking sucks. If you think the politicians and wealthy of the United States are crooked pieces of shit, you have no idea what corruption is. The pols and wealthy in Mexico want ALL the money, and they don’t give two shits if the people of their country starve while their pockets grow fatter.

So, yeah, you can bet your ass I would risk life and limb to get to come to the United States by any means necessary. And that’s exactly what The Devil’s Highway is about. It’s about twenty-six Mexican immigrants who attempt to cross over the American border under the blazing Arizona sun. Only twelve of them survive. Urrea’s depiction of this horrendous death march is unflinching and at times becomes unbearable to read. But The Devil’s Highway is a necessary and vital piece of journalism, particularly in an age where more and more we’re being programmed to despise a people who only want a better life for themselves and their families. 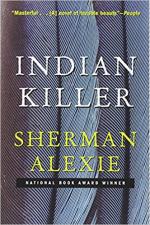 Let’s all just go ahead and admit it: Collectively, we shit on Native Americans. It doesn’t matter if you’re white, black, Mexican, Asian, whatever—we’re all just a little bit guilty of not giving a fuck about the American Indian. And I’m not playing point the finger right now, I’m merely doing what I do best: Stating an obvious fact.

And don’t feel bad about this, culturally, we’ve been conditioned not to care. Sure, we’ve all been taught our little half-truths about North America’s indigenous people and we’ve swallowed it all hook, line, and sinker (for the most part). But this lack of knowledge of Native culture and custom doesn’t just exist in mainstream public schooling, it also exists in areas heavily populated by Native Americans. While over the last forty or fifty years, there’s been a definite upswing among Natives to embrace long held customs, there’s still a long history of attempting to eliminate Native American traditions, which in turn created a boat load of self-hatred and alienation.

Alienation is at the heart of Alexie’s stellar serial killer thriller, Indian Killer. With every page as we witness the brutal actions of John Smith—a Native American raised by white parents—we feel his sheer lack of belonging. Smith is in constant conflict of his true nature (spoiler: his true nature is that he’s a complete fucking psycho) and where he fits in the world. He does not belong either in the white world or that of his true nation. But Smith is far from the only character in Indian Killer who experiences these feelings. Alexie’s supporting characters also feel marginalized not only by the mainstream, but in some instances, in their own community. I know it’s hacky to call a novel bone-chilling, but that’s exactly what this excellent thriller is. A bone-chilling masterpiece of a confused maniac and a culture that doesn’t deserve to be forgotten. 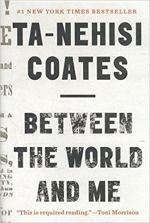 'Between the World and Me' by Ta-Nehisi Coates

Yeah, you knew this one was coming. Anytime I’ve put together a listicle in the past couple of years, this short book seems to end up on it. And there’s a reason for it, this intimate letter to the author’s teenage son is one of the most affecting pieces of literature to be written in the last twenty years. Ultimately, there’s a hopefulness to Between The World And Me, but in the same breath, there’s a sense of dread. A dread that comes from Coates' own personal history and that of the black community. That America will never change and the black man will always have to live in fear for his life. Between The World And Me is an absolutely essential read.

Okay, so that’s it, and like I said earlier, I want to hear your suggestions. Let me know about books about the American Female/Muslim/Jewish/Asian experience.

Just remember to not be a dick.

4 Ways To Develop Your Non-Fiction Voice

10 Books to Make You Feel Thankful