Miyazaki is the go-to guy for lovers of anime films. He's the legendary director of Spirited Away, Princess Mononoke, and Ponyo, amongst others. His work excels at capturing a child-like wonder and vibrant energy in stories brimming with fantasy and adventure. Themes of family and friendship are often at the forefront of his films and nature sometimes manifests itself as spirit creatures defending themselves and their domain against a cold and heartless humankind.

The child-like wonder and fantastical mythology is something I carried across into my own work. And then there's the themes of nature, with my story focusing on an island with a strange connection to the cherry blossom trees which grow there. 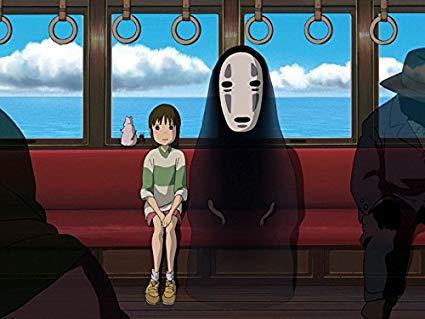 Hosoda's films are often coming of age stories with his protagonists finding themselves in transformative experiences which are as unusual as they are challenging. His works typically take place in contemporary settings with fantastical twists, like The Girl Who Leapt Through Time and Wolf Children, which features a family whose children can transform between humans and wolves.

The transformative nature of his stories make for interesting and creative storytelling, as it places focus on the protagonists and how they manage to grow and adapt, regardless of whether a villain or antagonist is present or not. Cherry Blossom Eyes focuses on two kids growing up and experiencing rituals and traditions from new perspectives, learning that not everything is as black and white as it seems as a child, and that many lines are often wildly blurred. 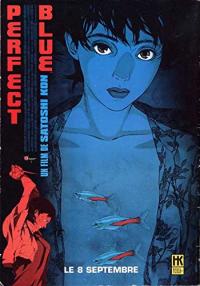 The late Satoshi Kon had an uncanny knack for creating fluid and dreamlike transitions in his films, which he utilised to great effect, with characters suddenly finding themselves sucked from a dream into reality or from reality into a dream or memory. This was most evident in his psychological thriller, Perfect Blue, which blurred the lines between reality and imagination, such that you couldn't be sure if the protagonist had a stalker or it was a figment of her imagination or everything was constructed out of her greatest dreams and greatest fears.

What really makes Satoshi Kon's work a thrill to watch is the perspective. Reality is subjective. The truth is fluid. Perception is everything. I took this idea and ran with it. With shapeshifters swimming up onto the beach and taking on human form, replacing those you know and love, it warps reality in ways that gets you second-guessing everyone you meet, examining their behaviours and mannerisms with hyper-focus. You might not even recognise your own mother or your best friend.

Yuasa is the wildest, most reckless director on this list. His works vary so violently in content and style. He holds zero regard for reality and logic, instead focusing on what is important for telling the story, regardless of how strange it seems. Each film or series has its own aesthetic, from the slow, surreal, quiet mood of Kaiba to the breakneck speed and hyperfocus of The Tatami Galaxy, to the vibrant wild art aesthetic of Mind Game. Nothing is uniform, nothing fits in any particular box. The only guarantee is that you're in for a wild ride.

If there's one thing you can take away from Yuasa's work, it's that there's no wrong way to create art. If you go a step further, you learn that there's no point trying to tread the ground of others in your field. Be your own aesthetic. I put effort into making Cherry Blossom Eyes a wild and fun and surreal read, told in a style unique to me. Even if you go for wildly different styles or voices from book to book, project to project— each one can be distinctly different and still distinctly, uniquely you.

Cherry Blossom Eyes is out now from Eraserhead Press.

S.T. Cartledge is an Australian writer of action/adventure Bizarro fiction, often bordering on the fantastical, with rich world-building and fast-paced action sequences inspired by anime, manga, and the works of D. Harlan Wilson, Carlton Mellick III, and Cameron Pierce.

On "The Fabelmans" and "Armageddon Time" or Should You Prefer, the Birth of the Artist

I like anime very much! Thanks for sharing this post! It is very interesting to learn more about how the story began. I found interesting thoughts on anime at this resource and now want to try to write my own scenary :) Thanks again!

Great to know that this is a biggest playing game and one of my friend told me to join once and after that i fall in love with robux. When i was new free robux generator no verification this weblog helps me a lot to learn where and how to enjoy for free. Thank you so much.

The author of this essay wants to introduce you to the top smartphone app for learning. Although I am aware of how valuable this information is, I currently have more important computer work that involves data transfer, therefore I need to clean up some data. For this, I'm using the online tool Einblick data science. To learn more about data science in depth, simply click on Einblick

Webtoon Xyz Review
Founded by a South Korean company, Naver, Webtoon xyz is an online comics platform. It offers readers access to a large library of manga titles written in over 150 different languages. The platform also offers subscriptions, newsletters, memberships, and the ability to purchase comics. Using Webtoon xyz is an easy and convenient way to enjoy manga in English.
Regardless of your age, culture, or hobbies, you'll find something on Webtoon xyz to keep you entertained. There are more than 45,000 comics to choose from. The library is organized by genre, publisher, and author. It's a free way to discover new comics and find ones you already love. The site features a search bar, community chat, and a wide range of comics to choose from. You can also filter content by publisher, genre, or country. You can even download comics. If you want to read the comics on the go, Webtoon xyz's app is coming to iOS and Android soon.
Webtoon xyz offers comics for free and has a huge library of manga titles. In addition, you can also translate them into English. The library is updated with new volumes regularly. It's a great option for fans who aren't comfortable reading manga in a foreign language. You can also exchange comics with other users. With <a href="https://webtoonxyz.org/">Webtoon xyz</a> user-friendly platform, you can create your own comics. You can upload images, edit text, and publish your comics. In addition, you can join community chats to interact with other manga fans.