The Association of Writers and Writing Programs (AWP) is a multinational organization dedicated to (you guessed it) providing writers with the support they need to become successful. Every year, they host a conference, bringing together writers from around the world to attend panels, parties, and to wander the aisles of a giant book fair.

LitReactor has been attending the AWP conference for about five years now, and this past weekend we made our presence known, like we do, as AWP took Washington, D.C., by storm!

Or at least, we took it by something, didn't we?

I was so excited to spend my second AWP Con with my pals from LitReactor. This year there were only four of us representing, but we did our best to have some fun, and while I now know I'm old and boring, I also know it's fun to spend an ENTIRE WEEKEND laughing and feeling awed by the vast number of people so dedicated to this reading and writing world I adore!

I felt humbled as I walked the aisles of the AWP book fair—it takes all kinds of readers and writers to fill our world with words.

Before we get to the pictures, though, a note:

I feel like I've been writing a while. I've got a few books out. I feel like I might almost know what I'm doing. Here in Charleston, some people know my name, whether it's from the writing I did for newspapers, or from showing up to the biggest local comic book expo year after year, with all my books in tow.

You know what I remembered this past weekend, though? I am one tiny fish in SUCH a vast ocean of readers and writers. I felt humbled as I walked the aisles of the AWP book fair. There were writers of all ages — from the high school sophomore I spoke with, who works for a high school publishing team, hand-binding all their books, to the elderly white men who congregated nearby while I got coffee —it takes all kinds of readers and writers to fill our world with words.

Our writing world is vast and diverse and fun. I am just one little cog that helps it go round. So are you. And so are the people we admire, if you stop and think about it. I got a little weak-kneed when I passed Emma Straub in the book fair room. I've seen her face on a million publications, and I admire her from afar. I didn't even approach her to tell her, though, because I'm dumb sometimes. But you know what? I bet she saw someone she admired, and got weak-kneed, too. And that person? Probably did the same.

Our world is so big. Remember that. We are each a piece of it, tiny and insignificant, maybe, but still...a piece.

So now, the fun. Pictures! 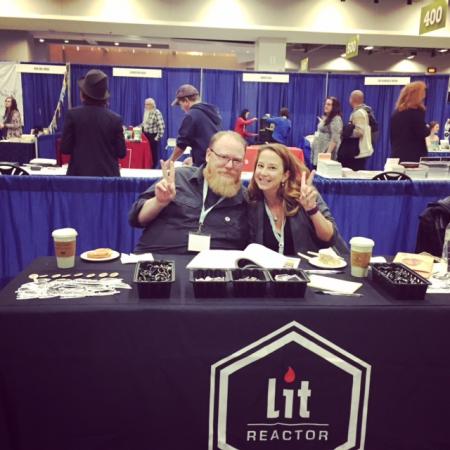 Here's Kirk Clawes, LitReactor's Illustrious Tech Guru, and me, goofing off at our table on the first morning of the conference. Note the coffee, pastries, and so much swag! Stickers and bottle openers and buttons, oh, my! 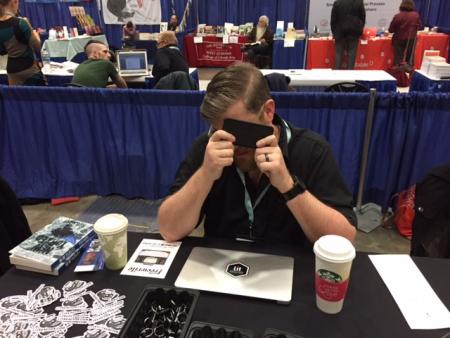 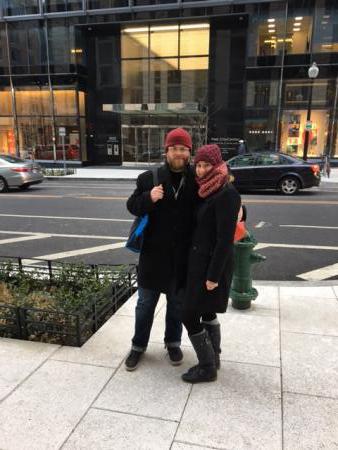 Y'all. The first day I was in D.C., it was in the 60s (F) and sunny. The next day it snowed. Then Rob Hart and I discovered we have a similar fashion sense: long black coats and crimson(ish) hats. Who wore it better? (Wait, don't answer that. I know that Rob's a handsome devil...) 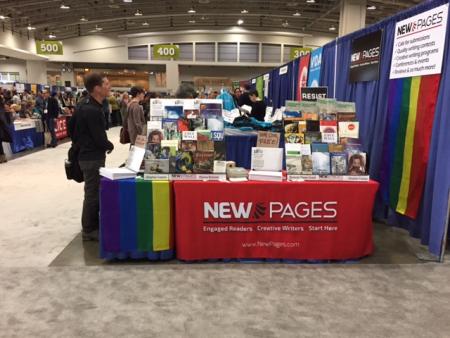 I took this picture because it was just one table in a sea of rainbows. I love the diversity and acceptance of the writing community. Love. 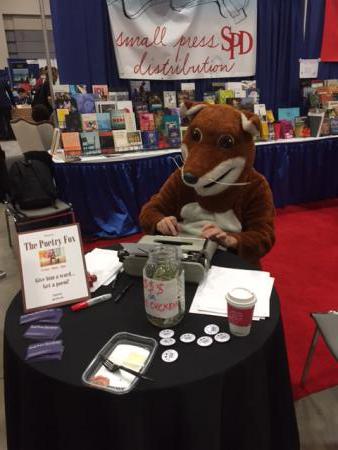 Also, there was this fox...writing poetry...and I'm still not sure why. But yeah. Diversity is key in the writing community! 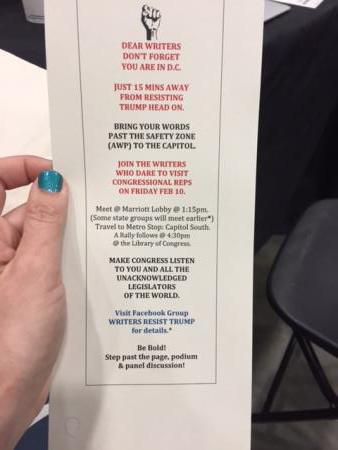 As is protest. I loved finding this on our table. YES. Solidarity. Peaceful protest. We will all stand together, as writers, and as humans. Love. 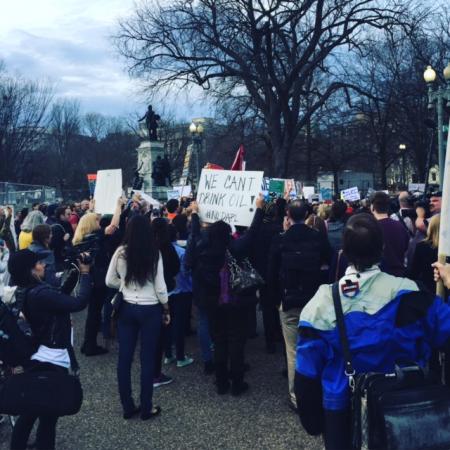 Since we were in D.C., there was, of course, more than one protest happening. Kirk and I stumbled across this one while searching for dinner one night. 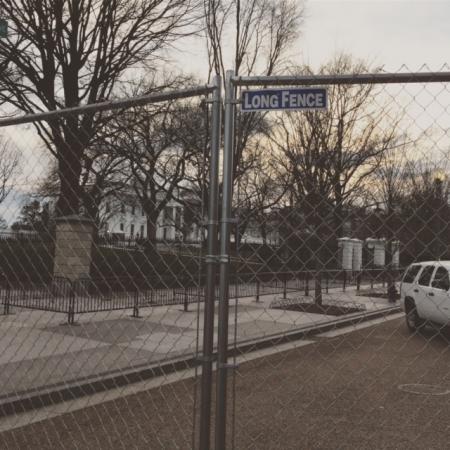 We also found the White House, protected by this Long Fence. 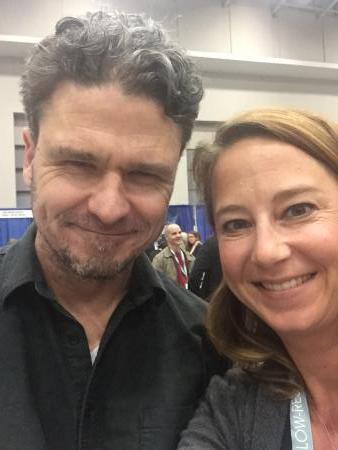 But back to the conference itself. This is me, positively swooning as I take a selfie with none other than Dave Eggers. "All Hail LitReactor," he wrote in the book he signed for me. And I almost died.

I am but a tiny, tiny fish, in a GIANT ocean, but damn, for a weekend, it was good to be me.

How to Keep Your Head Up When Publishing is Hell

Looks like you had a blast! Thanks for sharing your photos :)