I lived in Orlando while I went to college and would go to Tampa for only three reasons: to watch the Rays, see a band, or go to a strip club—nudity was banned in Orlando unless Shakespeare was being performed. Orlando didn’t have a great nightlife, but it had a pretty good literary scene. Tampa knows how to party but the only thing I knew they liked to read were Jimmy Buffett lyrics and swinger Craigslist ads.

So I was not surprised by the lower turnout for AWP Tampa compared to D.C. and even L.A. Throw in a cold snap and it was a more low-key affair than the last two years I attended. I was there to table for CLASH Books and there were plenty of writers and members of writing programs, but there was a lack of regular people book lovers. 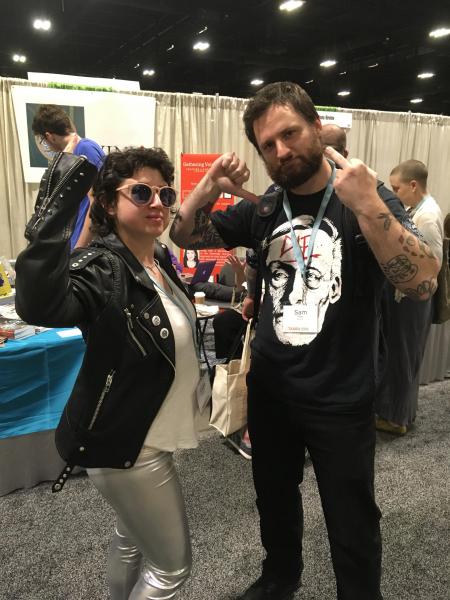 That was a little disappointing, but it also gave us time to talk to a lot of the young writers who were doing low-res MFA programs. I talked to the students at Sam Houston State who appreciated what our press was doing. Traditional programs like Ohio State and University of Miami were also full of enthusiastic young writers. The kids still love books and they buy a ton of them. 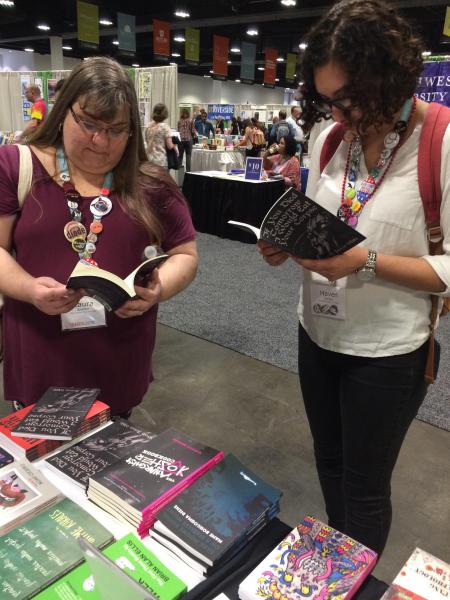 I wish I could tell you about the panels, but I didn’t have time to go to any. When I had 30 minutes to leave the table, I spent my time walking around the book fair. The magic of AWP really is seeing the different presses selling their books. I love poetry so it was awesome to talk to University of Hell Press and YesYes Books. AWP is where I buy a lot of my poetry, and it’s a beautiful thing to be around people who truly love and value the art form.

There were so many books and so many of my favorite presses in attendance. Independent presses like Civil Coping Mechanisms, House of Vlad, Akashic and Softskull. University Presses like Etruscan and Wilkes, and even big ones like Macmillian. A newish press that I found that really excites me was Third Man Books, the literary offshoot of Jack White’s record label. Their poetry books were accessible but fun and very artful—pretty much like most of Jack White’s Catalogue. 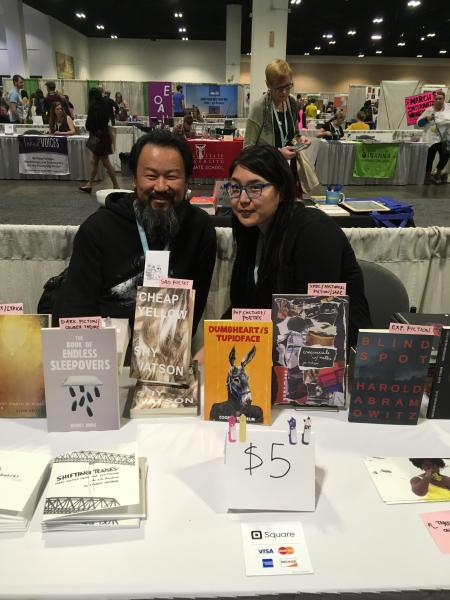 There were a ton of great offsite readings that I didn’t get to attend because I was crashing by the end of the day. CLASH Books did a reading in Cotanchobee Park, by the convention center. The reading began with Leza Cantoral in her plush panda head. It set the tone for an event full of diverse voices from the CLASH Media website and CLASH Books anthologies such as the new Tragedy Queens: Stories Inspired by Lana Del Rey & Sylvia Plath. We took ahold of a playground and read on top of the jungle gym, each reader exiting down the slide as they finished. Besides selling books and meeting readers, the CLASH playground reading was the highlight of the conference for me. 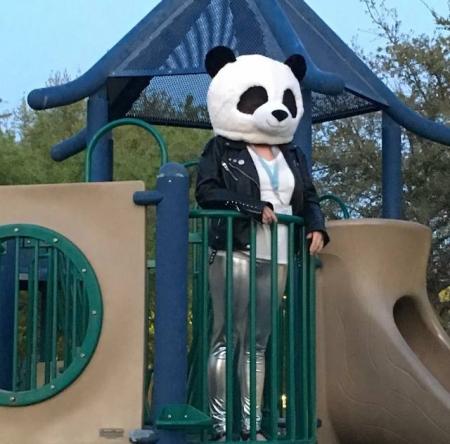 A lot of genre reading and writing friends find AWP to be a bit stuffy and too academic for them, but I think they are looking at AWP in the wrong way. I’m not attending AWP with the same mindset I have when I go to BizarroCon or NECON. It’s not a party, but it is the one event where presses and book lovers can just browse, and hear discussions from esoteric academia to real-world publishing solutions. It’s one of the best book festivals around.  My only real regret was not going to Whale Prom (see header), which is a free, one-day gathering of indie presses. This was the first, but they will be returning in 2019, during AWP in Portland. That sounds like an even better version of AWP. I will definitely be there next year.

Art and the Aphorism

The Blagger's Guide to Sylvia Plath

Woot! Woot! I'm glad there was some LitReactor Representin' in Tampa. I am bummed I've missed the last couple year, but next year y'all have to come to MY TOWN.

(Ok, you can sleep a little between now and then.)

Definitely need to have a LitReactor Party next year! Put it on the calendar.

Have you guys ever played the most exciting robux game online? You should need to try once and if their are any issue to join robux generator no human verification and facing problem to play for free then learn important tips from here. Thank you so much.