One of the playground’s oldest and fiercest disputes is finally about to be answered. Who would win in a fight? Batman or Superman? It was the subject of the first argument I ever had that wasn’t with my parents, and it’s hard to imagine a more popular fictional prizefight. Even people who don’t like superheroes have an opinion. As Lex Luthor enthusiastically explains in the trailer, it’s because the characters can readily serve as avatars for so many opposing forces: idealism vs. pragmatism, brains vs. brawn, and light vs. dark, to name a few. Your answer to that question actually says a lot about you.

When I was younger, I thought the obvious answer was Superman. He was simply too strong, too fast, too powerful. If he really wanted to kill him, what could Batman possibly do about it? Nothing could stop a determined Superman. By the time I went off to college, I was convinced of the exact opposite. Bruce was too smart, too cool to get taken by an earnest chump like Clark. He captured villains much stronger than himself all the time, and he had reliable solutions developed for his nastiest repeat offenders. If Batman knows your weakness, you’re already beaten, and the whole world knows about kryptonite. I’ve read a lot more comics since then, always grabbing anything featuring this matchup, and the most recent revision to my opinion is a bit more nuanced. While it would certainly be easy for Superman to beat Batman under the right circumstances, it is not all that likely to happen against a genius tactician with unlimited resources. The lack of a concrete answer has been a blessing for the writers at DC Comics, as they get to put on “the gladiator match of the century” a few times a decade. But if you take a look back at their biggest showdowns, you’ll see the Dark Knight is clearly favored over the Man of Steel. These comics have no doubt influenced the upcoming movie, so if you’re scared of the possibility of spoilers, stop reading now. 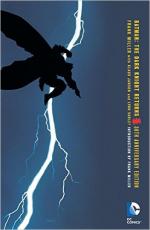 In Frank Miller’s grimdark vision of the future, all of the superheroes are required to either sign up for government service or hang up their masks. Superman enlists and is used to enact US foreign policy as a nuclear deterrent. He comes across as a well-meaning oaf, truly believing that as long as he obeys the President, he’s doing the right thing. Bruce Wayne becomes a heavy-drinking embittered retiree who keeps pulling crazy stunts just to feel something again. When a savage new street gang starts terrorizing the streets of Gotham, the Batman comes out of retirement to restore order. But the return of Batman also brings back some of his former nemeses, and after a bloody confrontation with the Joker results in numerous civilian casualties, the President orders Superman to bring the Dark Knight to justice or put him down. This story is the movie’s most obvious inspiration, with Batman suiting up in power armor to punch it out with a weakened Superman. 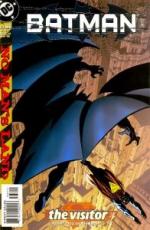 After a series of a catastrophic disasters culminating in the release of all of Arkham Asylum’s inmates, the US government cuts off Gotham City and declares it a No Man’s Land. Batman must fight a guerrilla war behind enemy lines, trying to take back a lawless city from the gangs of psychopaths that rule its streets. His big blue pal shows up to offer a hand, but Batman explains that Gotham is beyond his kind of help. Clark Kent can’t believe there’s nothing he can do, so he goes and performs a few miracles, all of which have no effect on the situation. The city needs more than just a savior to swoop in and fix a few problems. While they don’t fight, I thought it was worth including as it is one of Batman’s few philosophical victories over Superman. 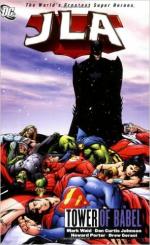 Batman’s files are stolen by Ra’s al Ghul, including his secret plans for neutralizing every member of the Justice League in case they are ever mind-controlled or go rogue. Ra’s recognizes his good fortune and incapacitates the League so there will be no one to stop his next genocidal plan. While none of the countermeasures are pleasant, Superman definitely gets the worst of it. His best friend invents a new strain of kryptonite that turns his skin transparent. Aside from being absolutely nightmare-inducing, it overwhelms his super-senses with crippling pain. Understandably, the rest of the League is pretty pissed that Bruce’s paranoia nearly killed them all and kicks him out, not for the first (or last) time. Although they never actually fight each other in this one, it’s a great example of just how difficult it would be for Superman to catch Batman off-guard. His backups have contingencies, and those contingencies have failsafes. 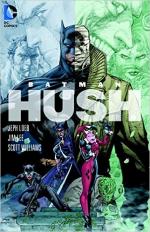 Someone has organized nearly all of Gotham’s rogues in a concerted, multi-pronged attack on the city’s most famous protector. Among them is Poison Ivy, who uses her toxic charms on the Man of Steel and sends him to kill Batman. Although he is armed with a kryptonite ring, Batman risks becoming the Dark Smear. Luckily, his friend pulls his punches as he struggles against the mind control. Even a soft jab from Superman is like getting hit by a truck, and Bats gets more than a few bruises and broken ribs before he is able to snap his pal out of it. I’d call this one a tie. 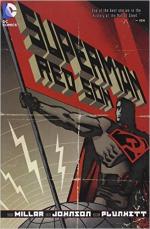 There’s an alternate history where Kal-El’s rocket landed in the Soviet Union rather than Kansas. As a result, Superman grows up to be the ultimate communist, turning the USSR into the world’s dominant superpower. The Comrade of Steel eventually accepts leadership when Stalin dies and becomes the world’s most feared and respected dictator. A rebel hero known as Batmankoff sets the perfect trap for him. Stripped of his powers, Superman offers no significant resistance as the Russian Bat delivers the most savage beating of his life, but can’t finish the job before Wonder Woman steps in. On a strictly level playing field, Batman has the advantage, because he’s spent his whole life training to fight insurmountable odds. He’s a mortal man trying to fight crime in a world where people can throw fireballs and shoot lasers out of their eyes, so he has to be ready for literally anything. This version of Superman has yet to encounter anyone more powerful than himself, so he’s never had any reason to learn how to fight. 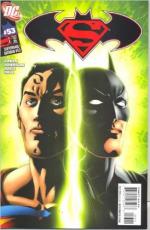 During a tussle with the Silver Banshee, our heroes come into contact with a magical artifact that transfers Superman’s powers into Batman. It turns out that Batman with unlimited power is really, really scary. Realizing he is invincible and no longer needs to rest, he embarks on a global campaign of terror against criminals. He fills every jail in Gotham in one night, and has a rather one-sided rematch with Bane. Batman starts saying things like “Heat vision is my favorite. It’s so… unequivocal.” His friends begin to worry when he promises he’ll switch back once they find the artifact, but until then he is going to fight all the crime he can. It’s always been his dream to never have to stop, and he’s not going to waste the opportunity. When the JLA tries to stage an intervention, Super Batman wipes the floor with them. Fortunately, Batman is so drunk with power that Superman is able to fool him with a shamefully obvious fake-out and uses the artifact to reclaim his powers. I bet his friends never let “the World’s Greatest Detective” live that one down. 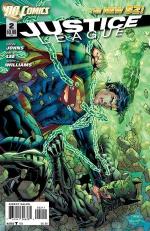 Our heroes encounter each other for the first time since the big reboot, so of course they have to throw down. Batman puts on an impressive acrobatic display as he flings every last gadget in his utility belt at Superman, but Supes shrugs it all off, toying with the Dark Knight like a cat plucking the wings from a bug. Green Lantern comes to his aid, but even together they are no match for the Last Son of Krypton. If anything, he seems to be enjoying the exercise. Superman is clearly the victor, but then Darkseid shows up to subjugate the Earth, forcing our heroes to put aside their differences and work together to save the day.

For best friends who are on the same team, Batman and Superman sure do fight a lot. Whatever the in-story explanation, the real reason is because the writers know we want to see it. It’s an argument we nerds love to have, and every rematch just provides more discussion points. Perhaps it's because of what they represent, or just because Batman and Superman are the two guys who do not lose, and we’re all a little curious to see what happens when an irresistible force meets an immovable object. It’s doubtful that the movie will declare a victor, but it certainly answers one question.

If Batman and Superman fought, who would win?

12 Superman Stories You And Zack Snyder Should Read

Welcome to the Suicide Squad

Crime and Opportunity: When True-Crime Won't Sustain A Narrative