Everyone else: Hear me out.

Now is the time to make a list of things you want to do on the off chance you become rich and famous. It’s clear that once you become rich and famous, you lose perspective. You won’t have great ideas. You just spend your time trying to maintain your riches and fame. Or making mosquito nets. Like netting has ever helped tens of thousands of people...

Money makes everyone boring. It's a big cosmic joke that as soon as someone has money, they seem to run dry on great ideas for spending it. This is why you have to make your list of wacky shit now.

What follows is my to-do list on the off chance I become a rich, famous author. Feel free to poach, adapt or avoid any of the ideas below.

Lose Money on an Event

I get paid to show up, and the event is so rad that it ends up costing me money. I feel like that's a sign a good time was had. Whether that be because I rented a Gravitron for the event or a deep fryer or any number of things you'd find at a county fair.

I've never had a nickname, and I'd like to earn one. I'd also settle for a common prefix phrase to my name, like "notorious recluse" or " known masturbator." It doesn't even have to be a positive nickname. Just something to make me feel like a part of the action.

I come from Colorado Beer Country. Basically, you buy a keg, and you give out free beers until the keg is finished off. Based on my current popularity, me and 5 friends will have to drink about 30 beers apiece. More motivation to get gud, I guess.

It's a big cosmic joke that as soon as someone has money, they seem to run dry on great ideas for spending it.

I'll be starting my own literary prize, naturally. Will the judging be questionable? Uh, yeah. It's my legacy, after all. Will the criteria be the product of an absolute maniac? Again, duh. But the statuettes, those are going to be amazing. They'll weight upwards of 40 lbs. That's how we'll keep the speeches short.

Use A Blurb For Nefarious Purposes

“Hi, I’m Doug. I have terrible gas. I know I’m supposed to tell you how great this book is, but I’ve decided instead to just go ahead and do it this way. I have bad gas and I make bad decisions about book blurbs. Oops, out of space!”

Imagine this printed on hundreds of thousands of books. So good. So, so good. So much better than telling someone about my book.

Get Recognized From an Author Photo

Just once in public. Preferably while I’m with someone I’m trying to impress. I might have to do things to make sure someone puts the pieces together. Say the title of my book a few times. Drop quotes. Re-create the pose from my author photo. Whatever it takes, it still counts.

Open for my favorite band? By reading? Yes, this is a mostly-terrible idea. Better bring a helmet. But writing is the most likely way for me to find myself aligned with Lucero of Memphis, TN, the greatest band of all time. I’m never going to play a good enough pedal steel to hang with them musically, so this is my shot.

Oh, god. The deliciousness of a ban. I don’t need to explain what’s so beautiful about this, right? I'd love to go to burnings of my book. Make a protest sign. Everyone else makes these quotable signs. I'm an author, damn it. I know the material better than anybody. I can make a great protest sign, and I can do that two-hand, jackoff motion people do with protest signs as good as anyone.

James Patterson did a book that was sent to readers and “self-destructed” in 24 hours. Wu-Tang did that album that was released to one dude. I don’t know exactly what I’ll do, but I wanna scratch that SUPER impractical release itch. Perhaps fill a trunk with copies and drop them off at Goodwills all over the States. Or have one copy INFESTED with bed bugs that I'll part with, the recipient knowing full well what's happening.

The OTHER Impractical Release

I’ve often seen Joe Gatto of Impractical Jokers on the toilet. Because that happens on the show, pervert! I’d be honored if he was photographed reading my book on the toilet. Honored.

I wanna start a beef with another famous writer. Someone who definitely doesn’t deserve it. I think it’d just be so weird and fun to hear David Sedaris or Billy Collins say that I’m a "fuckfaced bastard asshead."

Have A Town Named After My Book

This would be so stupid and awesome. A town called “Ghost Dick.” Plus, maybe I’d end up in a Schitt’s Creek situation. Which would be fine. Stevie would be my new bestie inside of a week.

The bus bench is the most hilarious advertising platforms, and it’s definitely the best one to vandalize. I’d love to make a bus bench that really lends itself to some creative Sharpie work. There will almost definitely be penises entering me, slapping me around, and doing other penis-y things. I recognize and embrace those penises.

Tell Oprah To Fuck Herself

I’ll be just a little famous, AND I have a weird-shaped head.

Franzen didn’t go far enough. Nobody tells Oprah to go fuck herself. I really have nothing against Oprah. I just feel like it needs to be done. Everyone needs to have someone tell them "Go fuck yourself" at some point in their life. Even Oprah.

I hate when you see an author on a late night show and Fallon is like, "Oh, yeah, amazing, I read your book, it's amazing."

I don't expect these hosts to actually read every book by every yahoo who sits down next to a desk. I just wish they'd stop fibbing about it.

Be In An Author Band

Like that band with Dave Barry and Stephen King and Amy Tan. Then have a battle of the bands with their band. And lose. Horribly. There’s only room for one terrible, awful, no good very bad band. And it’s gonna be us. If you’re interested, I’ll just tell you now that musical ability doesn’t mean much, enthusiasm is everything. Apply by purchasing one of my books and leaving it a 1-star review.

Be Drawn Into A Spider-Man Comic

I suck at dressing up. And I’m not as suit-ready as a Chadwick Boseman. I'll be dumpster diving at Björk's place. That IS a threat.

Have you ever heard of Disco Demolition? Big thing in Chicago. Look it up.

I know people don’t like book burnings, so no worries. We’re going to freeze them with liquid nitrogen, then we have Stallone come around the arena on a big claw grabber thing, and then he’ll punch and kick all the Hawthorne’s to pieces, just like he did to Wesley Snipes’ head in Demolition Man.

My Own Slot Machine

Let’s get a book-based slot machine. There have been some like Lord of the Rings and Charlie and the Chocolate Factory, but let’s face it, those are based on the movies. I want one based on the book, damn it.

Someone ask Taylor Houston if slot machine names are italicized. I feel like that was a missing section in my MLA guidebook.

A Cocktail Based on My Book

Golf has the Arnold Palmer, football has the lukewarm beer enjoyed alone in an easy chair. My book needs a cocktail, and like a nickname, I feel a cocktail has to come from outside. But I'm going to suggest boiling hot whiskey poured into a beer that has a single ice cube floating on top. I feel like the experience of setting that in front of someone would replicate how I feel when I put a book on the Kindle store. 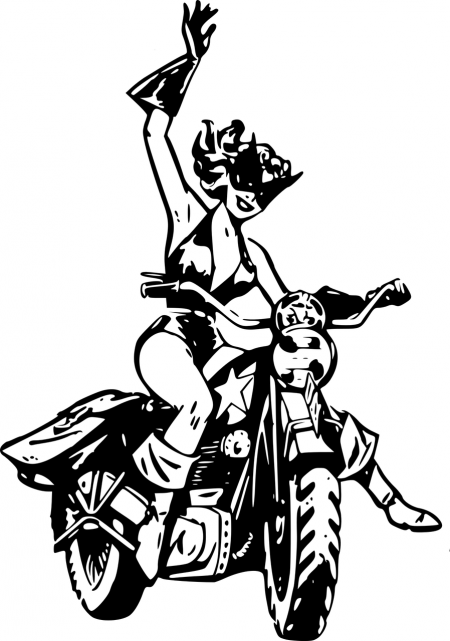 Go on book tour via motorcycle! Just me and my bike and a bunch of books. The State of Colorado has endorsed my motorcycle skills, and I've never made good use of them. Now's the time! My skills might be rusty, so I might have to sit on a motorcycle that's being towed behind a truck. Which is probably illegal. Which makes no sense when you think about it. How is that less safe than just riding?

I feel that an all-nude reading would be a pretty good stunt. This is assuming I get famous and rich either in the next 18 months (when my nude body is still socially acceptable) or in another 20 years (when I won't give a hot damn).

Have My Audiobook Used To Torture

You know how they play metal to torture people holed up in a building? What would be a greater badge of honor for an audiobook than having it played for the purpose of encouraging people to leave a hostage situation? Plus, in a way, I'd be saving lives. I'd be fighting the war on...whatever the war is on at that time. Terror? Drugs? I'd be a hero.

Only the twee, loser ones. From the Onion A/V Club, probably. And probably after the flu has run through the office a week before. And I’ll get them all very drunk the night before.

It didn’t work for Uwe Boll, and it can not work for me, too.

Have A Baby Named After My Character

Especially if I manage to get the character name I've been considering, Assface Liferuiner, into a novel.