You saw the movie. It’s over. It’s all over.

Doesn’t it feel a little like the day after Halloween? All this build-up and excitement, then it’s just...over? The awesome Demolition Man costume you made is trash. That great party left you with nothing but cleaning tasks, sweeping, bathroom duty, rinsing out the skull/spine beer bong.

That feeling, that “it’s all over” thing, it’s a form of hangover. How do you cure a hangover? How do you drag your sorry carcass through this, the toughest hours?

I’m so glad you asked. 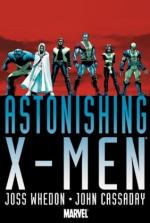 1. Astonishing X-Men: The Hair of the Dog

Hair of the dog is “more of the same.” You wake up, feel like crap, and slam a beer. It works, sort of, although you probably just don’t notice you’re hungover because you’re a little drunk again, so the hangover is delayed more than beaten.

If you want to get through your Avengers hangover with more of the same, Joss Whedon’s Astonishing X-Men might be the way to go. If you liked what Whedon did with the Avengers, you’ll like what he did with the X-Men. 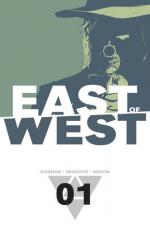 This goes out to my fellow Coloradans, Oregoners, Washingtonites, Mainerds, Nevadonians, Alaskites, and so on. One oft-cited “cure” for a hangover is getting stoned. Hey, you gotta pass the time somehow.

East of West is what I’ll pitch for this one. It’s trippy, distracting, and the world looks like ours but...not. It’ll keep you off-balance and busy just long enough. 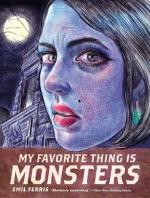 3. My Favorite Thing Is Monsters: Sweat It Out

Throw on your sweats and move around. I swear by it, provided you’re not so hung over that standing upright is enough activity that you hurl.

Sweat through your hangover with My Favorite Thing Is Monsters. It’s not the easiest book to read, text-heavy and dense, but once you get over the hump, you’ll feel loads better. 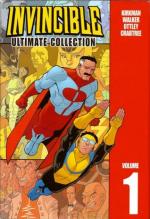 You can look up the many worldwide versions of greasy, heavy food. Breakfast burritos, sausages, Wendy’s, menudo, pickled fish.

I’m calling Invincible the greasy food of comics. Don’t get me wrong, I love it. It’s Robert Kirkman’s underrated success. It’s candy-colored superhero action, especially if you like your candy blood red. It’s tasty, and there’s A LOT of it to go around. 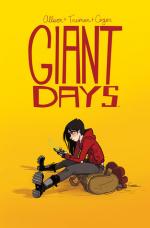 Sometimes all you can do with a hangover is wait it out. And you might as well have some company. Something familiar, something that doesn’t require you to keep track of deep plot details and so on.

Giant Days is the Gilmore Girls of comics. I mean that as a compliment. Am I using this as my coming out as a Gilmore Girlfriend? #TeamDean 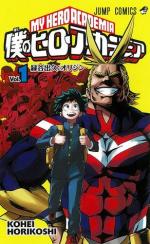 One of the best ways to cure a hangover? Be young. If you’re under 25 and reading this, don’t even talk to me about a hangover. You don’t know what it is yet. You’re arguing with me right now, but trust me, being hungover at 35 and 25 are different things. As an old man, if I have 7 or more boozes, I prefer to walk home. Because I’m hoping I get hit by a truck before I have to deal with the consequences.

My Hero Academia is what the kids are reading. Don’t ask me why, don’t ask me how this helps, just know that youth is wasted on the (wasted) young. 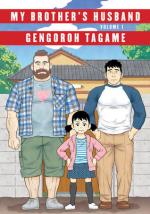 My Brother’s Husband is a lovely story about men taking care of each other. It’s got some things to say about gay rights and the acceptance of gay people in Japan. And if you’ve ever felt like you wanted to see a male gaze applied to dad bods in comics, this was tailor made for you. 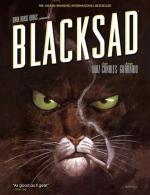 Because this time you’re so messed up that there’s only one thing you can do: pet a kitty.

A kitty really does help a hangover. The cat gives you a reason to live another day, a reason to get out of bed, even just for a minute, and an excuse to lay around. Hey, she’s laying around all day, why can’t I?

Beautiful art, hardboiled detectives, and cats. I’m not sure what else you want, but you probably ain’t gettin’ it. 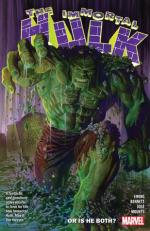 Hit the couch, turn on the TV, and just watch whatever the hell some asshole at TNT thinks you should watch. Which, back in the time when I watched TNT, was often a terrible monster movie.

Try Immortal Hulk. Imagine the Hulk, but done as a monster movie. Pick this one and you’ll love it, assuming you can get past that sweet Alex Ross cover. 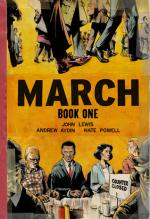 Just keep pounding that water until something gives. Your headache or your bladder, it’s a race to see what breaks first.

Flush that Avengers stuff out of your head with John Lewis. John Lewis’ March is what we all know we should probably be reading, and pounding it down is a good detox. 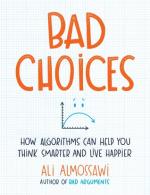 11. Bad Choices: Today Will Be Different!

I’ve known a person or two who deals with a hangover by promising “I’ll never drink again.” While they’re at it, they usually make a promise about going to church, taking care of yard work, calling mom, or just generally being a shithead no more.

Bad Choices. Okay, okay. Not strictly a comic book. But if you’re looking to improve your brain, this is the way to go. It’s an illustrated guide to algorithmic thinking. Ali Almossawi made this a tough sell because math is for nerds, but if you’re swearing off blockbuster movies forever, I can’t think of a better plate of cold turkey. 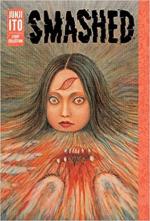 Sometimes the best way to fight is to stop fighting. Just let it happen.

If you’re looking to puke, Junji Ito has written some great horror stories with the most disturbing images ever committed to paper. You’re 90% there, and trust me, Ito will fill in that missing 10%. 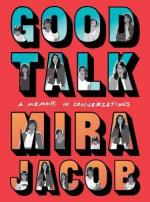 Take a shower, have a coffee, and watch the news. You had your night off, now it’s back to business.

Re-enter the real world with Good Talk. Avengers was fun and all, but it turns out there’s still some serious stuff happening in the world. Who knew? 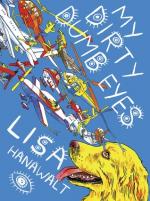 14. My Dirty Dumb Eyes: Laugh Through The Pain

One method of feeling different is to force yourself to feel another way.

My Dirty Dumb Eyes is by the BoJack Horseman lady. If you want to laugh through your hangover, if you’re one of those maniacs who can handle laughing at a time when it feels like your teeth are all rattling in their sockets and your skull shrank overnight, here you go. 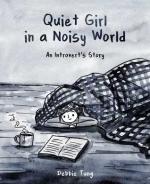 Some of you sweethearts are overwhelmed just by going out to a packed theater and being around people.

Detox with Quiet Girl in a Noisy World. Sweet, introverted. Just like you. 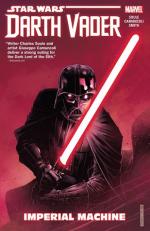 Darth Vader Imperial Machine is a standout entry in the Star Wars comics universe. Which, fine, is part of Marvel now. But let’s not get caught up in everything The Mouse owns. We’ll be here all day. 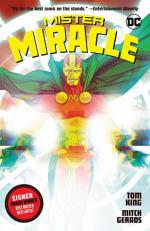 17. Mister Miracle: Fake It Til You Make It

Just act as if you’re fine. Sort of a self-inflicted placebo.

Tom King wrote an incredible Vision series, and he found some of that same magic when writing about escape artist Mister Miracle. A masterclass in storytelling and a damn good read. You’ll only have to feign interest for a few pages before actual interest takes over. 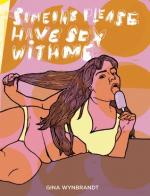 18. Someone Please Have Sex With Me: The Sex Cure

Sort of combining the exercise cure with the release of some other brain chemicals, hey, it’s an option. I’m a little shy on this one because it relates to one of my most shameful moments (which I’ll share in the comments if...let’s say 10 people ask).

Someone Please Have Sex With Me is the sexy cure to your Endgame Hangover. 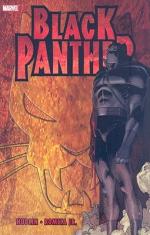 One way to avoid the hangover is to never stop drinking.

Much was made of Ta-Nehisi Coates’ Black Panther...but I think I preferred Reginald Hudlin’s take. Sure, Coates wrote critically-acclaimed essays and Hudlin wrote House Party. But damn it, these comics work. Superhero comics at its finest. And John Romita Jr. art never, ever hurts.

Keep going with the characters you love. 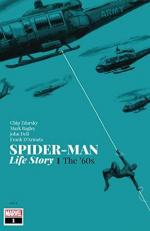 20. Spider-Man Life Story: ZDARSKY It Up

Chip Zdarsky always makes me feel better. Whether it’s Spectacular Spider-Man, Howard the Duck, Daredevil, Sex Criminals, Jughead, whatever. Zdarsky is my warm blanket soaked in chicken soup and covered in my exercise sweat. This doesn’t sound good, and I’m okay with it. The relationship I have with Chip isn’t really for you to understand anyway.

He’s got this Spider-Man series going right now, Spider-Man: Life Story. It’s great. Get to your comics shop and pick it up.

I'm beat. All this trying to cure hangovers works up a mighty thirst.

Got any go-to books you're turning to in this time of need?