I am a huge advocate for short stories. I'm not sure why so many readers express a disinterest in shorter works vs. full size novels, but I do my best to be a constant voice in favor of short story collections and anthologies. It's my opinion that a well edited anthology provides a ton of value to a genre-reader such as myself. In one book, I get about a dozen stories from a curated selection of authors. Hopefully, the TOC (table of contents) boasts diversity in the form of race and gender, as well as a balance between well known voices and up-and-coming ones too. This is an effective way to discover new favorite writers as well as build into an already existing fandom for well-loved authors.

I read quite a few anthologies so far this year, each one with its own theme/attractive qualities. So I'd like to highlight them now, and then afterwards talk about some ideas for new anthologies that I think would be interesting for readers. 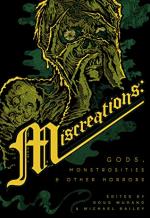 I'll start with the two biggest selling points for this anthology: 1. It's illustrated and 2. The TOC is stacked with talent both new and existing. Not to mention the theme is monsters, and it was exciting to discover all the unique ways writers explored said prompt. For people wondering where to start with finding quality anthologies, Doug Murano and Michael Bailey are two of the best in the field. I would follow them on Twitter, as well as Written Backwards, to keep up with any future anthology projects.

Stand out Story: Bracken MacLeod’s dark tale, “Not Eradicated in You."

Buy Miscreations from Bookshop or Amazon 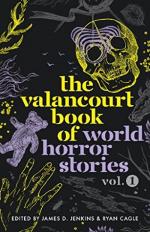 I'm still reading through this one and I feel like that's something I'd like to highlight about anthologies. You can pick up an anthology and read it however you want. You can cherry-pick through the TOC and read the stories that catch your eye first. You can read one story here and there over a long period of time or you can read the whole thing straight through, back-to-back. This anthology is special. Short Horror stories from all around the world. Some translated to English for the first time, some appearing in print in the US for the first time—a must have for collectors. 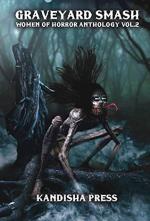 Sometimes an anthology will put the emphasis on amplifying minority voices in a specific genre. Graveyard Smash features an all women TOC, which is great because women tend to get overlooked in the Horror genre. I've literally seen anthologies where every single story was written by an old, white dude and it's just an antiquated, patriarchal look. I don't recommend publishers go down that path anymore. 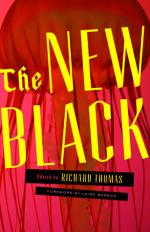 This is not a new anthology, but I read it this year and it stands out among a host of anthologies I've read over the last 3-4 years. The New Black makes good on its sexy title by delivering twenty neo-noir stories in a variety of styles and genres from a diverse TOC. This is was one of those anthologies I read cover to cover and didn't put down until I was finished.

Buy The New Black from Amazon 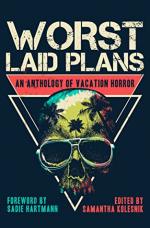 I might have an agenda with including this one because it's near and dear to my heart. This anthology has a vacation horror theme and is edited by one of my favorite new authors, Samantha Kolesnik. I also may have written the foreword for Worst Laid Plans, but I promise that's not why I'm including it! This is the perfect example of how a solid theme can really reach a target audience for a specific season. Avid horror fans were rabid to have this one for the summer.

Stand out Story: "Deep in the Heart" by Waylon Jordan 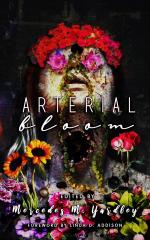 I would recommend this anthology to readers who enjoy the more subtle, melancholy side of horror fiction. No real theme to speak of, this particular gathering of tales reminds me of an overgrown garden during harvest. All the varieties of plants, weeds, and eatables are entangled together and those entering must forage through to find the ideal, tasty morsel. This description is the closest I can come to the beautiful, haunting, indescribable magic the stories create as one melody. 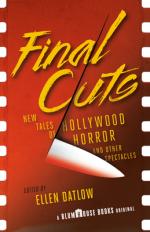 An anthology that will appeal to a huge audience. I don't know many horror fiction fans who are not also movie buffs. Fans of reading are typically excited about all forms of storytelling, and since so many books are also made into films, it's quite enjoyable to get two versions of the same story—first the words, then the pictures. This theme exploring the horrors of cinema, behind the scenes movie making, and Hollywood is so much fun.

Stand out Story: A tie between "The Face is A Mask" by Christopher Golden and "A Ben Evans Film" by Josh Malerman. 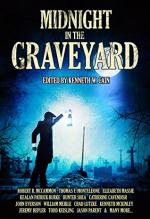 8. "Midnight in the Graveyard" edited by Kenneth W. Cain

Who doesn't want to read a bunch of ghost stories by the industry's finest? This is one of my favorite anthologies of all time right now. Pretty much every story stuck the landing. A big book, around 400 pages but one of those cover to cover anthologies where a reader could enjoy each one back to back. It doesn't feel like there are any lulls in reading and it is impossible to pick just one

Stand out Story: "Euphemia Christie" by Catherine Cavendish, "Russian Dollhouse" by Jason Parent and "The Glimmer Girls" by Kenneth McKinley

Buy Midnight in the Graveyard from Bookshop or Amazon

Now for the fun part! Here are some ideas I had about anthologies I would love to see go to print! Publishers, please consider these ideas as total freebies, and get ready to do a submission call because I know people would snatch these up:

13 Halloween Themed Anthologies to Fill Your Season with Fright

Creepypasta: Is Any of it Worth Reading?

The Ladies of Horror BookTube

Thanks for the kind words. Glad you enjoyed TNB! Means a lot.