This was supposed to be a very different column.

Though her facts were slightly flawed (my husband loves Gary Oldman, not Sirus Black, and who WOULD want to be Professor McGonagall anyway?), her arguments paid off, and for the first time in our nine years together, my husband agreed to dress up for Halloween. A Harry Potter theme it was, and I was going to use our experiences as a jumping off point for an emotional column about the fun of dressing up as a family and the use of a literary theme. And then I was going to use all that lovely emotion to toss out other ideas for YOUR family, so YOU could have as much fun as US...

...and then my daughter fell in love with a pirate costume at Costco, so now she's going as Captain Jack Sparrow, and my husband will never agree to be Will Turner, and I sure as hell can't pull off Elizabeth Swann (I'm quirky, not pretty). We have no group costumes, no shared joy, and BAH HUMBUG HALLOWEEN!

Or...er...um...I don't really mean that. I swear it. I still love to play dress-up, and I still love the idea of a family literary-themed costume plan. So while this column will be BARREN of ALL EMOTION, I still talk costumes! I can be analytical! I can turn to...

SCIENCE! YES!! Let's use Science to find some great literary-themed costumes for all of you who are not subject to the cruel, terrible whims of a domineering child.

So here's how we're going to do it. There are rules to establish first and foremost, and they are:

Sometimes, Science is subjective. I swear! That's why I capitalized it.

So here I go with some widely disparate choices, and no, I'm not going to do Harry Potter because WAH I CAN'T BE LUNA LOVEGOOD THIS YEAR! 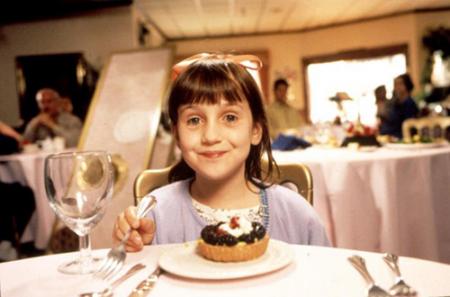 This may not be an obvious choice to those of you without kids, but it happens to be a VERY obvious choice for my family. My daughter resembles Mara Wilson, who played Matilda in the 1996 movie version starring Danny DeVito and Rhea Perlman. Since she was two years old, I've had people stop me in stores to ask if I've seen the movie (yes), and if she's seen the movie (yes), and didn't I think the resemblance was just STRIKING (meh)? But it's a fun kids' book (the only kids' book in this collection), and maybe the costumes could be fun. Let's apply Science to see just how good it is.

Yeah. Kind of. There's Matilda, which is perfect for almost any little girl with a red hair ribbon. But there are no little boy roles, really, unless you count Matilda's mess of a brother, and what boy wants to be that? Men could be an FBI agent investigating Matilda's father's business, or Matilda's father, the quintessential used car salesman.

For us grown(ish) women, there are a few fun roles as well. There's Matilda's mom, a trashy, disinterested woman who doesn't understand her bookish daughter. There's Trunchbull, the terrifying principal at Matilda's school who bullies the children and anyone else she meets (and technically, she's mannish enough that a man in drag would make a GREAT Trunchbull).

Me? I'd be Miss Honey, Matilda's awesome teacher. She's super-sweet and comes through for Matilda in the end.

This is where Matilda really shines. Any and all of these costumes can be easily purchased at your local goodwill. You've got a track suit for the athletic-minded Trunchbull, cheesy clothes for the parents, and pretty dresses for Matilda and Miss Honey. Piece of cake.

Well, you know, it's a little boring now that I've talked about it, so no. Let's move on to...

'To Kill a Mockingbird' by Harper Lee

Mmm. This is my all-time favorite book, and I read it about twice a year. I love it. I love the movie. Again, it seems an obvious choice for my family, as Scout Finch has straight brown hair with bangs (not just in the movie...in the book, too, as evidenced by the descriptions of Boo Radley's soap doll carvings), just like my own little girl. But for my family, that's where this starts to fall apart. Let's see what Science has to say about it.

Let's see. For my daughter, we have Scout, of course. A family with an older boy would easily have their Jem Finch. A young-ish boy friend could be a cute Dill.

For men there are two major options: Atticus Finch and Boo Radley. Both are slightly intimidating. Can a man pull off the inherent sexiness to an old-school Southern attorney with a conscience? Can he do it better than Gregory Peck did? Or can he try to be pale, creepy, and silent like Boo Radley, hovering in dark corners and hiding from darker misdeeds?

Women fare worse here. I'd struggle to find the right costume. I could be Maudie Atkinson, the spunky, quirky neighbor, or I could be the busy-body Aunt Alexandra (ick). Or I could be old Mrs. Dubose, the ancient, cantankerous neighbor. None of these make me jump for joy.

Again we have some standard Goodwill fare — suit and tie for the men, overalls for Scout and Jem, and old-school dresses for the ladies. There are references to Aunt Alexandra's corset in the book, so there's that, too...but it wouldn't be too terribly expensive at all.

Cute as my kiddo would be as Scout, and as weird a Boo Radley as I think my husband could pull off....maybe not. There's just not a role for me.

'Interview with the Vampire' by Anne Rice

Admit it. This would be awesome for someone to pull off. Science will tell us why.

Yes and no. In the first place, though I can picture no one other than Kirsten Dunst playing Claudia (thanks, movie-version), I do think my child would be a GREAT vampire girl. Get the child a curly wig, a fancy dress and some fangs and she'd be good to go. This would be a great costume choice, in fact, for any little girl with a taste for dramatics. Claudia is wild and strong and blood-thirsty. What could be better?

That said, there's absolutely nothing for a little boy, so that rules out any brother-sister teams.

For the men-folks, the choices are amazing! Louis or Lestat: both are fabulous. It just depends if the man has a sweet side (Louis) or if he's a bit more...spice (Lestat).

But again, for the (slightly) older women, the pickings are slim. I suppose I could be a tavern girl or a whore, but neither of those really appeals to me. I could slap on a long, black wig and a long, black dress and be Anne Rice, but that doesn't sound great either. Hmm. This one isn't working out well for me, is it?

This gets a resounding YES. Period costumes, if done well, are mighty spendy, so you may want to think twice before committing to dress up your little vampire girl.

I'd love to see my daughter as Claudia, and I'd do just about anything to see my husband dressed up as a hot vampire, so let's say YES. I'll bite the bullet and be Anne Rice for a day. That's fine. 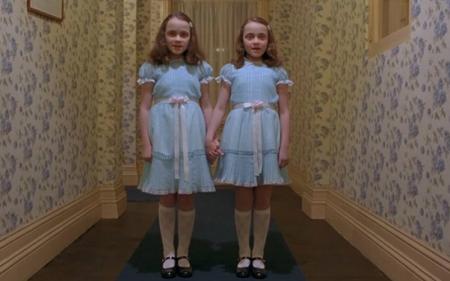 'The Shining' by Stephen King

I had to try a Stephen King on for size here, and The Shining happens to be my favorite of all the options I considered. Science will tell us why. Science RULES!

Why yes. There are. Here they are:

Wendy Torrance, for the mom who knows how to wield a knife.

Jack Torrance, for the tortured writer type (not that we know ANY of those around here).

Danny Torrance, for the sweet little boys (or girls who don't mind dressing up like a little boy).

The Grady twins, for the movie-buffs who don't care that the Grady daughters don't play a big part in the book, and for the little girls who like to be creeeeeeeepy.

Mrs. Massey, the old lady in the bathtub, for the women who want to FREAK PEOPLE OUT YO.

Considering that Wendy spends much of the story in a bathrobe, Jack and Danny wear normal 70s clothes, and the twins just need matching dresses....not at all! You can DO this one with a trip to Goodwill (and a lot of fake blood).

Do I want to try this?

Yes please! YES YES YES!! Please! I may need to borrow some creepy twins, but I can totally see us pulling this one off!! Bring it on!

All right. Maybe I did get a little emotional by the end, but that's what a good costume can do for you.

Now it's your turn. What costumes do you think would be awesome for a family? Why? Do they stand up to Science?

Giving ARCs Instead of Candy and Other Halloween Hacks for Writers

Possessed topiary is definitely the costume of the year.

what about Game of Thrones, though? That's got costume opportunities for everyone.

@Sofia - Man, I was so focused on NOT-contemporary literature, I missed an obvious choice, didn't I? My li'l one would make a fantastic Arya Stark, and I think I'd be a good Catelyn Stark (or Lyssa....but I don't think I could pull off Cersei...). My husband? Ned? Or mmmmm....Jaime.... :D

I did consider (but put away as too obvious) The Walking Dead...I just saw a FANTASTIC Carl costume at a zombie run this past weekend.

Seriously, though - GoT = a GREAT idea!

this is really nice to read..informative post is very good to read..thanks a lot! slope 2

Halloween is the name of celebrating their favorite book characters with a literary Halloween costume. My kids are getting excited about Halloween. I guess they get excited every year, so that's not news. But this year they're excited because they are going to wear their favorite character costumes. I am gonna order it from a reputable Clothing Manufacturers, so that my kids may celebrate it. And I think It's is a great time to get creative.