Reading and whiskey gets you too drunk, too fast. Wine is just so fussy. And it’s summer. Summer is the time for a cold beer and a book on the porch.

Let me, someone who’s read a lot and sampled a fair number of beers, give you some pairings. 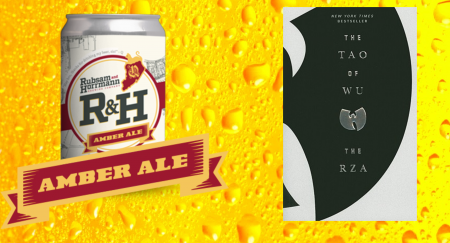 Both R&H and Wu-Tang can lay claim to being the pride of Staten Island. Have a beer or two, and you’ll be open to some of The RZA’s life philosophies. And even if you don’t buy into them, you’ll get some good insider info on Wu-Tang. It’s win-win. 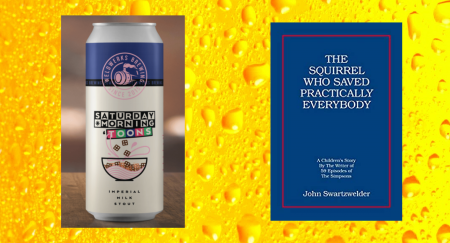 I’m a big fan of John Swartzwelder. And I’m a big fan of giving an insane-sounding beer a whirl. Not gonna lie, it doesn’t always pay off, but damn, how many of the same IPA can you drink in a lifetime? A nutty book calls for a nutty beer: Imperial Milk Stout Brewed with Strawberry, Chocolate Fudge, Milk Sugar and Milk Chocolate. A good Swartzwelder book is like Saturday morning TV all over again, and the only worthy pairing is an alcoholic breakfast cereal. 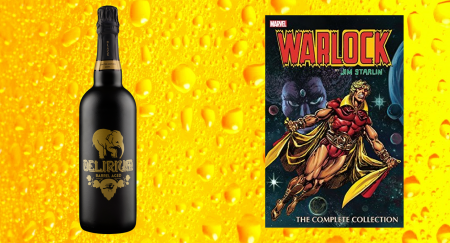 The book is cosmic, dark, and weird. And it works. It’s about a gold-skinned man who fights himself from the future, and his future self has purple skin and a purple afro and has become the leader of a universe-sized religious cult. Also a guy in a coma has become a cosmic god. It’s nothing short of bonkers at every turn. A dark, cosmic book deserves a dark, cosmic beer.

Buy Warlock: The Complete Collection by Jim Starlin at Bookshop or Amazon

Omission IPA and "Sing to It" by Amy Hempel 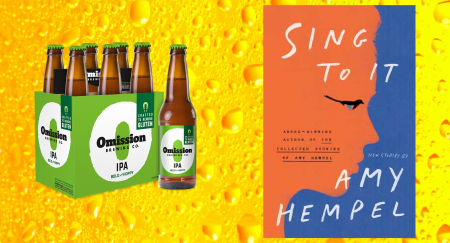 Sometimes it’s about what’s not there.

With Amy Hempel, this sounds so artsy-fartsy, it’s about what isn’t on the page as much as what IS on the page. But the beauty of her work is you can appreciate it even if you’re not interested in dissecting it. You can just sit back and enjoy the ride.

Omission makes beers that are gluten-free or reduced gluten. And they’re damn good at it. What’s not there is what makes this beer special, but anyone can have a great time with it.

Buy Sing to It by Amy Hempel at Bookshop or Amazon 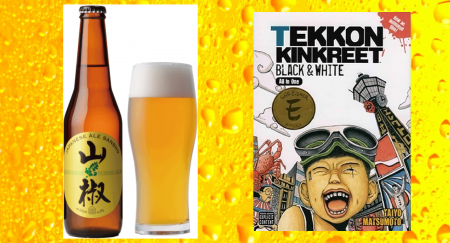 Not since reading Akira have I found a comic so enchanting in its violence and tenderness. It's a distinctly Japanese quality that I’ve never seen captured in other countries’ comics.

It’s not an easy beer to find, but hey, what’s a beer list without a little scavenger hunt? 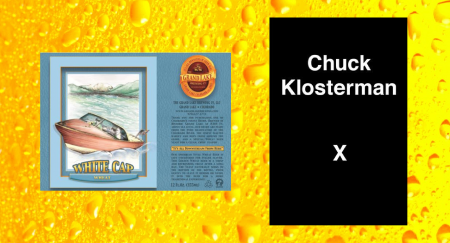 The short version on this one, Klosterman writes great books to read in a bar. When you read at the bar, there’s a good chance someone will ask what you’re reading. Klosterman’s essays give you a quick answer: "This guy is going through ALL of the KISS albums ever made and ranking them." This gives you the chance to strike up a conversation, if you want, or go back to your book, if that’s your preference.

Why does this pair with the White Cap?

For a brief moment, I had a neighborhood bar: The Grand Lakes 26th St. Tavern. I was living the dream. The dream where you could walk a block or two, sit somewhere comfortable that wasn’t overpowered by TV’s and super loud dance music, and have a couple beers. I had some good times there, one of those times being the time I read Chuck Klosterman X, got a little loaded, and stumbled my way home.

Unfortunately, the good times ended when the owner sold the bar to a pair that opened a new taproom that does precious nonsense like organizing the beers on their menu by the temperature at which they’re served. 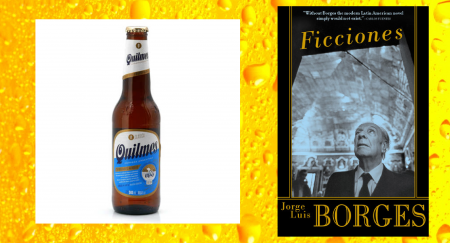 Quilmes is an Argentinian beer that you can actually find in the States! If you go to one of those big-ass beer stores, you’ll find it. Now, some people don’t love it. It’s maybe a little bit of the Bud of Buenos Aires. But I have to say, I’m an admirador.

As a bonus, if you want to do it for real, take a small handful of peanuts and pop them right into the Quilmes. SALTY peanuts, like the kind you get on an airplane. It’s refreshing, crisp, and the peanuts take some of the skunk out of your beer.

Buy Ficciones by Jorge Luis Borges at Bookshop or Amazon

Goose Island Summertime and "Running With Sherman" by Christopher McDougall 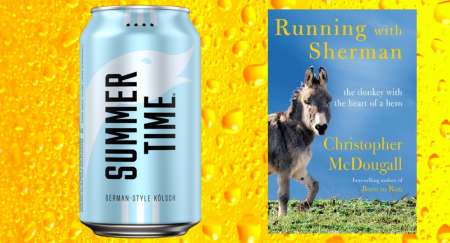 Michelob Ultra markets itself as a sports beer, like a Crossfit beer. In the commercials you see a dude throwing around battle ropes, then clinking together Ultras with the super fit models who also apparently work out in the same storage locker and pay $200 bucks a month to have access to a big tire to flip over.

A brief rant: A low-cal beer is a little like eating a low-cal donut. If you’re eating a donut, eat a donut. A low-cal donut isn’t a health food, it’s pointless. If you’re drinking a beer, drink a beer. Drinking a “healthy” beer is a silly thing to do. Just go for it. In which case, go for a Summertime Kölsch from Goose Island in Chicago. It’s refreshing, and it’s a beer. Hit a tire with a hammer, then flip it over, then fool around with some ropes or whatever, then treat yourself to a legit beer.

McDougall’s story of running with a donkey (yep) is sporty enough, animal-centric enough, and the writing is crisp and clear. McDougall is kind of the anti-Crossfit, showing how human movement is more about the heart, less about the science.

Take this advice on both your beers and your books: if you over-science it, you won’t enjoy it.

Buy Running With Sherman by Christopher McDougall at Bookshop or Amazon 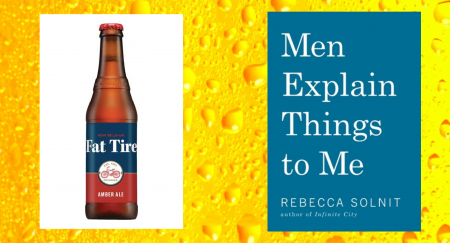 Fat Tire is a beer everyone but me loves. I won’t defend my dislike of it. It’s a matter of taste, and in this case, the matter it tastes like is fecal. BUT I recognize and accept that I am alone in feeling this way about this beer and the rest of you seem to love it. So alone that I have to say I'm objectively incorrect.

I read Men Explain Things to Me, a book lots of you seem to love, and I don’t get it. It doesn’t work for me. Solnit getting dissed at a snooty, academic, leather elbow patches party in Aspen? The leap from talking about that, or the time a guy argued with her about something after a hoity-toity reading for which she was flown to Berlin, the leap from these events to talking about straight-up rape and murder just doesn’t take it home for me. But again, so overwhelmingly in the minority that I have to believe I'm objectively wrong.

It was a chore to finish, like a Fat Tire, and like drinking a Fat Tire, I kept checking how close I was to the end so I could move on to something else. And in both cases, I'm so far off the mark, all I can do is assume that I'm objectively wrong and move on. 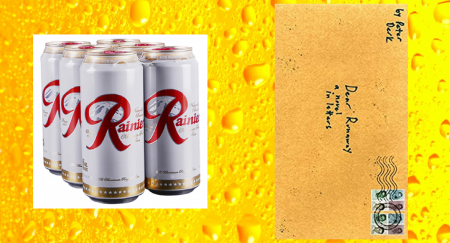 This is my favorite beer. And this is a book I wrote. I’m trying to get better at pimping my own work, so here it is. It’s plainspoken, but I like to think it’s a pretty pleasant experience, whether it’s a little at a time or a little too much at a time.

Wait, am I talking about a book or a beer here? I can’t remember.

Buy Dear Runaway by Peter Derk at Bookshop or Amazon

15 Famous Authors I Wouldn't Want to Have a Beer With