Embracing Diversity in YA Literature: Six Titles to Get You Started

Never before has the conversation about diversity in literature been quite so active. With the We Need Diverse Books campaign in full swing, there’s never been a better time to explore young adult novels that are raising the bar with a rich and diverse cast of characters. We will look at books that celebrate a wide range of diversity from authors like Una LaMarche, Amèlie Sarn, and John Ed Bradley. 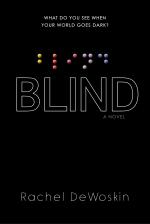 Emma’s life is forever changed one night at a 4th of July fireworks show. One minute she is celebrating with her family, and the next she is disfigured when a rocket backfires into the crowd, leaving her blind. After the accident, she grapples with everyday life, trying to make systems and find a way to go on living. How can she live with the idea that she will never see her beloved sibling’s faces again, or that she might never fall in love and be kissed? After a year at a special school for the blind, she returns to mainstream high school with her old friends by her side. Emma slowly finds her way as she compares her own life to another senseless small-town tragedy that affects her close-knit family and friends.

This is a wonderful book that brilliantly depicts a diverse character living with a disability. It is a valuable read not only for those interested in the world of the visually impaired, but also those who are looking for stories rich in diversity. Although Emma struggles with her new disability, she eventually finds her way and thrives despite her perceived limitations. 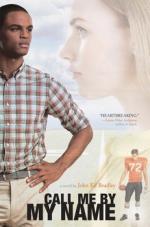 2. Call Me By My Name by John Ed Bradley

The year is 1969 and Tater Henry’s town is slow to desegregate and leave deep-seated prejudices behind. The town has never seen a black quarterback before, and some folks around town don’t think they’re ready now, despite Tater’s obvious athleticism. Rodney Boulett and his twin sister Angie befriend Tater and as their friendship grows stronger, Tater and Rodney form a special bond on the football field. Together, they are unstoppable. Everything Rodney knows to be true from his upbringing is challenged when it becomes clear that Tater and Angie’s relationship takes steps from mere friendship to something more. Rodney is forced to face his own prejudices and face a hatred he didn’t know existed inside of himself.

This novel tackles the complicated racial divide of the times with sensitivity. Taking place in the South in a time when there was still a great racial divide, this novel is haunting and heartbreaking. With a bittersweet ending, the novel remains true to its origins without ever becoming sentimental. 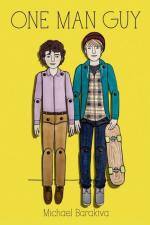 3. One Man Guy  by Michael Barakiva

When Alek’s parents take him out for a nice dinner at a restaurant, he knows something must be up. Everyone knows that Armenians never eat out. At this unusual dinner, his parents drop the bomb that Alek will be attending summer school to bring up his grades so he can continue on the Honor Track. It’s not the way that Alek envisions his summer, but everything turns around when he meets confident, free-spirited Ethan. What starts off as friendship grows into something more as Alek realizes that Ethan wants to be more than just friends. Alek has a lot of growing up to do as he navigates having a boyfriend and meeting his family’s strict expectations.

Everything about this book is upbeat and optimistic, from the bright yellow cover to the relationships that develop within its pages. It is an excellent addition to the world of diverse young adult literature. Besides the LGBTQ element of the story, Alek’s family is Armenian. This book is a love letter to Alek’s Armenian heritage and does an excellent job of introducing it to the reader. 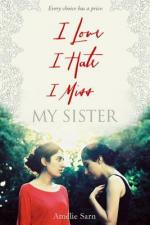 4. I Love I Hate I Miss My Sister  by Amelie Sarn

Eighteen-year-old Sohane loves her carefree younger sister Djelila, even though they seem to be choosing very different paths in life. As Sohane chooses to start wearing a traditional headscarf and becomes increasingly more religious, Djelila is embracing her life as a secular teen. After unspeakable violence leads to Djelila’s tragic death, Sohane struggles with emotions of guilt and loss. The aftermath reveals the complex relationship between the two sisters.

Based on true actual events that happened in France not too long ago, this novel shines a light on the Muslim culture largely not written about in young adult literature. The narrative is simple and straightforward, yet it encompasses the unbearable complexity of one sister’s grief. 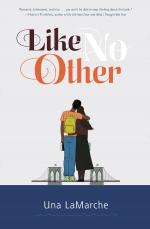 As the consummate good girl, Devorah has never challenged the ways of her strict Hasidic upbringing. Everything she knows to be true and understands as law is challenged one day when she gets stuck in an elevator with sweet, handsome, nerdy Jaxon. Despite having grown up just on the other side of the same street from one another, the two never crossed paths until that fateful day during a hurricane. Although their relationship is strictly forbidden, Devorah falls in love with Jaxon, and the two arrange secret meetings, risking everything to be together. As the stakes get higher, Devorah must decide how much she is willing to risk to be with Jaxon. Can she turn her back on her family and religion, or will she say goodbye to her first love?

Like No Other is a compelling look at Hasidic Judaism and a sweet, realistic romance between two unlikely teens. It is a worthy addition to the discussion of diverse young adult literature, with complex themes and deeply ingrained emotion. 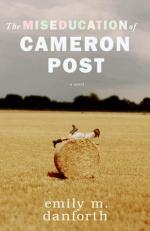 6. The Miseducation of Cameron Post  by Emily M. Danforth

When Cameron Post finds out that her parents have died suddenly in a car crash, she is filled with a sense of relief. Not relief that she’s lost her parents, but relief that they will never find out that hours earlier she was kissing a girl. Cameron is forced to move in with her old-fashioned grandmother and extremely conservative Aunt Ruth, complicating her attempts at fitting in within her Miles City, Montana community. When beautiful Coley Taylor moves to town, she and Cam become unlikely and fast friends, paving the way for Cameron’s intense feelings for Coley. After a night full of misinterpreted intentions, Cameron’s Aunt Ruth sends her away to “fix” everything that her conservative upbringing goes against.

This fiercely honest novel is a bold exploration of sexuality, identity, religion, and the human experience. It is candid in its depiction of the sexual lives of teens and never holds back from the intense emotion of being a teenager.

These are just a few titles to get your started in reading more diversely. These six books are excellent representatives to answer the increasingly important call for books that depict characters from a wide range of backgrounds.
Have any titles you'd add to the list?

6 YA Novels That Deal With Mental Health

The Lost Boys of YA: Are Young Men Reading Less?

Sneaking Around in YA: 6 Kickass Female Spies

Dwayne from Cincinnati, Ohio (suburbs) is reading books that rotate to often to keep this updated October 1, 2014 - 6:05am

I'm not sure how I feel about these books.  America is very much voluntarily segregated, and none of them seem willing to admit/deal with that.

We are working on finding a good publisher for this one now! Perhaps it could be a good one for your list someday. https://www.youtube.com/watch?v=egsRxIY6kZM