Inspired by the column that almost became a segment on the Queen Latifah Show: Every Stephen King Novel Summarized in 140 Characters or Less by Max Booth III

First, a few caveats, based on reactions to my previous column, Every Danielle Steel Novel in 140 Characters or Less:

All that being said, does the woman and her work really need an introduction? Put on some black lace, crack open a Tab, and let's get busy. 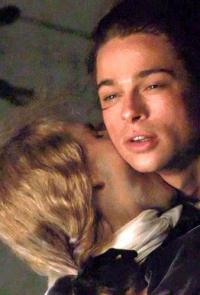 Interview with the Vampire (1976)
Brad Pitt recounts the tale of how Tom Cruise bit him on the neck and tried to turn him into a sex slave. No, this isn't a Scientology expose.

The Feast of All Saints (1979)
A chronicling of the descendants of African slaves and their European masters. Jungle Fever meets Amistad.

Cry to Heaven (1982)
Some people will do anything for fame—including lopping off their balls—in this prescient precursor to American Idol.

Beauty's Release (1985) (Under the pseudonym A. N. Roquelaure)
Jeez, I enjoy a good ravishing as much as the next guy, but this is getting to be a little much.

The Vampire Lestat (1985)
Rice finally quits dicking around (literally) and gets back to writing about what people really want to read—homoerotic vampires! 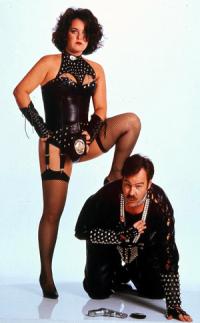 Belinda (1986) (Under the pseudonym Anne Rampling)
Rice gives Nabokov a run for his ephebophilic money with this story of a middle-aged man in love with a sixteen year old nymphet.

The Queen of the Damned (1988)
R. Kelly's child bride awakens from her 6,000 year, man-hating slumber to destroy The Vampire Turned 80s Glam-rocker Lestat.

The Mummy, or Ramses the Damned (1989)
Rice adds sexy mummies to her Sexy Immortal bag of tricks.

The Witching Hour (1990)
A family of witches keeps it in the family (wink, wink). What with all the mummies and draculas, Rice has a veritable Monster Mash on her hands.

The Tale of the Body Thief (1992)
Tom Cruise swaps bodies with a mortal so he can experience sex with a nun, orange juice, and potty training. The Freaky Friday of vampire novels.

Lasher (1993)
Rowan Mayfair is taunted by Lasher, a demon who has burned through more witches than Dragula.

Taltos (1994)
When two witches who both posses an extra chromosome reproduce, the result is a super-powerful rape monster with retard strength.

Memnoch the Devil (1995)
Lestat bites Jesus in the neck (while he is on the cross!) in this controversial take on Dostoevsky's Grand Inquisitor. 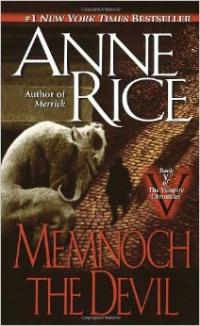 Servant of the Bones (1996)
Rice gets biblical on dat ass with the story of Azriel, the Angel of Death, as he destroys Solomon's temple and takes Manhattan like Jason.

Violin (1997)
Rice gets all Music of the Heart on us, forgoing violence for violins, much like Wes Craven did that very same year.

The Vampire Armand (1998)
A centuries-spanning story for those who always thought Antonio Banderas was the sexiest vampire alive.

Merrick (2000)
Worlds collide when Tom Cruise meets an "octoroon of exceptional beauty" in this melding of Rice's two most popular series.

Blood Canticle (2003)
The Cruiser returns as narrator in Vampires vs. Witches part III: The Final Vampire Chronicle. Also, what you get when you rupture a nut.

Adult Haley Joel Osment tries to run a successful psychic detective agency while also romancing a girl who got her name off a cocktail napkin. 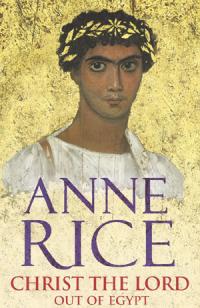 Christ the Lord: Out of Egypt (2005)
Anne Rice finds religion and gives us her latest supernatural protagonist—the one and only Jeebus Christ in this, her first ever zombie novel.

Christ the Lord: The Road to Cana (2008)
Anne Rice's second coming is an hilarious road story in which young Jeebus hits the road to attend his first wedding. Don't forget the wine!

Angel Time (2009)
Nicolas Cage is an angel invisible to humans. His discovery of distraught heart surgeon Meg Ryan inspires him to forego his immortality to be with her.

The Wolves of Midwinter (2013)
Anne Rice FINALLY writes a sequel to her classic werewolf novel.

Prince Lestat (2014)
Anne Rice FINALLY writes another Vampire Chronicle, even though she said she never would (because that was before she quit religion).

There you have it, folks. What's your favorite Rice novel?