It's midwinter, Christmas is over, and you’re sick of the snow and cold. Looking down the barrels of January and February can be daunting, but here are five reads to help you embrace the bleakness. So grab a cup of tea and a blanket. Wallowing optional. 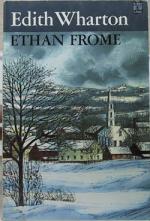 I’ve never felt colder than when I first read Ethan Frome. The novella, set in the aptly named Starkfield, tells the tale of the ill-fated (and unconsummated) love between the titular character and his wife’s visiting cousin, Mattie. Frome is a poor farmer, chained to his home on the edge of town by his clamorous and sickly wife. He is hopeless, each day sketched in the same lifeless tones of grey, until sweet Mattie arrives on his doorstep and shines a ray of hope into the dark corners of the Frome household. As the story begins, the narrator is being taken in by the Fromes during a snowstorm. He goes on to recount the tragic story of the house and its residents, a story which ends, appropriately, in a winter some years past. Winter, darkness, and cold pervade this story of stunted love and three stunted lives.

“As they flew toward the tree Mattie pressed her arms tighter, and her blood seemed to be in his veins.” 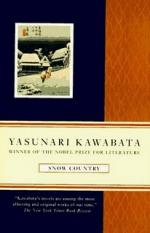 Falling snow has long made me think of Japan, and I suspect this book is where that feeling started. Kawabata’s Nobel prize-winning prose is at its most lyrical in this slim novel as he unfurls the story of a foppish Tokyo ballet connoisseur, Shimamura, and his doomed love for the rural geisha Komako. The lonely, snowbound countryside is as much a character as either of these two, and Kawabata’s poetic passages have the power to instill a sense of desolation and bone-chilling cold even on the warmest of days. In this place where nothing grows, a love blossoms between Shimamura and Komako that can’t possibly survive.

“The sound of the freezing of snow over the land seemed to roar deep into the earth. There was no moon. The stars, almost too many of them to be true, came forward so brightly that it was as if they were falling with the swiftness of the void.” 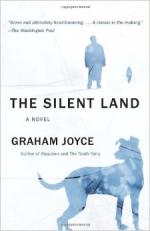 3. ‘The Silent Land’ by Graham Joyce

After surviving an avalanche during their ski holiday, Jake and Zoe emerge from the snowy mountain to find their resort deserted. A silence and stillness have descended upon the world, and every path the young couple takes from the resort leads them back to where they started. Sinister figures begin to visit as the days pass, threatening to tear them apart as they are forced to cling ever tighter to one another. By turns eerie and sweet, claustrophobic and magical, Joyce’s trademark ethereal prose is perfectly at home in the grim white landscape of the snowbound French Pyrenees.

“The awesome silence of the place crept up on her. The spruce and pines, all still laden with snow, spread their limbs in a frozen ballet, breathing a ghostly incense from dark, arid chapels sheltered by their branches.” 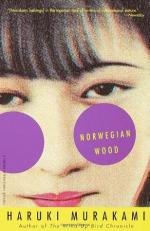 Yes, so far this list has been about love. But what better time to talk about the utter anguish of love than winter? Winter and death walk hand in hand, with love not so far behind. Enter another Japanese writer, Haruki Murakami, and his heartrending tale of first and lost loves. After his best friend kills himself, Watanabe and his friend’s girlfriend, Naoko, are left to bond and grieve together. But Naoko is broken, and can’t be with Watanabe no matter how much they might love each other. Winter marks the end of this star-crossed relationship, though the promise of a verdant springtime is around the corner in the form of Midori, a lovely classmate.

“With the advent of winter, her eyes seemed to take on a greater transparency, a transparency that lead nowhere. Occasionally, for no particular reason, Naoko would gaze into my eyes as if searching for something. Each time I was filled with odd sensations of loneliness and inadequacy.” 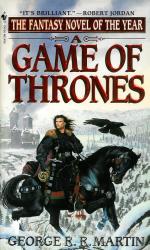 Winter is long, it’s cold, you can’t go out or do anything but curl up next to the fire with a good book. I’ll give you five. Martin’s as-yet-unfinished opus is building to the Winter To End All Winters, and what better time to get caught up on 5,000+ pages than when it’s too cold to leave the house. You know the story, or know someone who knows the story. But until you pick up this series, you know nothing (Jon Snow).

Why, the 'Ice Palace' by Tarjei Vesaas. A magnificent little gem.

'Winter's Tale' would be at the top of my list.

Dino Parenti from Los Angeles is reading Everything He Gets His Hands On January 9, 2015 - 11:35am

Dino- I'll lend you my copy!