Footnotes: 'King Lear' and 9 More Books Masquerading in Other Genres

Patrick Magee as Cornwall and Paul Scofield as Lear in the 1971 film adaptation of Shakespeare's King Lear.

Kids begging for candy on your doorstep and college girls begging for it at the bar aren't the only things you'll find in costume this time of year. Browse a bookshelf and chances are you'll find several titles that aren't exactly as they appear — books in costume, masquerading in one genre when they're really something else entirely.

The best historical example of this is Shakespeare's King Lear. What many see as one of Shakespeare's great tragedies is actually one of the greatest works of horror fiction of all-time.

Lear is dark, demented and depressing — so much so that the ending of the stage version was changed for nearly 150 years; audiences couldn't handle the original tragic ending, with Goneril's suicide and Cordelia's corpse in the arms of Lear.

We musn't forget what came before that, however, what made this story a true staple of horror fiction: evil lurked in the hearts of Lear's children (ooooh, that Edmund!), characters were literally eating shit (literally) and eyes were plucked out of skulls like they were vile jelly (they actually were vile jelly, per Cornwall). 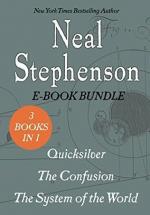 This is perhaps the entry I’ll take the most flack for, but I’ve always considered Neal Stephenson’s Baroque Cycle series to be historical fiction. I know, I know – Stephenson himself has said it’s purely sci-fi, but what does he know?

While the series features many science-y things (alchemy and cryptology, to name a couple), its style, characters and settings are purely historical. We’re traveling across the world in the 17th and 18th centuries, running into historical figures such as Louis the Great, William Penn and John Locke. Hell, the book was inspired by the famous feud between Isaac Newton and Gottfried Leibniz.

The Baroque Cycle may have some nifty sci-fi window-dressing, but its roots are steeped in historical fiction. 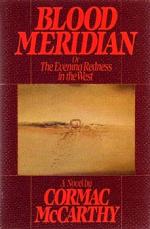 One of my absolute favorite books of all-time, Blood Meridian is one barbarous ass sumbitch.

Yeah, you'll see this thing labeled a Western, and it certainly is on some levels — in that it does, you know, take place out west — but its raw brutality is nothing short of horrific.

Blood Meridian might not be Michael Myers- or Freddy Krueger-type horror, but don't tell me Judge Holden and the rest of the Glanton gang didn't scare the bejesus out of you — what, with their rape-y shenanigans and senseless massacre of Indians and Mexicans, otherwise known as the evening redness in the west. 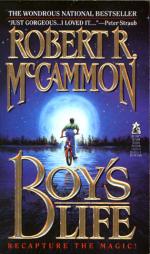 True story: I was assigned this book in a class in college. Thought SparkNotes would be available, so the night before we had a quiz on it, I ventured online and found that…there were no SparkNotes available. So I read 600-some pages in a few hours, got little or no sleep, and aced the shit out of that quiz.

Since then, I’ve read Boy’s Life two more times, and it’s become one of my favorite novels. What I’ve noticed, however, is that it’s constantly and consistently mislabeled as a fantasy novel. (I guess winning the World Fantasy Award in 1992 will do that to a book.)

Boy’s Life does have plenty of fantasy tropes, but it's always been a coming-of-age story to me, about a boy growing up in a small town in the South at a time when cultural and societal views are changing and how that shapes his youth – and his future. 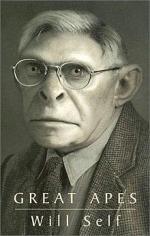 Described by most as a mash-up of Planet of the Apes and Nineteen Eighty-Four, Will Self’s Great Apes is a satirical look at what could be called reverse evolution. The main character, Simon, and his girlfriend, Sarah, both awake one morning to find they’ve turned from humans into chimpanzees – and Simon refuses to accept the fact that he’s a chimp.

I never found Self’s satirical musings in Great Apes to be particularly funny, and that’s always been a major issue I’ve had with it. However, when I suspend the notion that this book is supposed to be funny and instead read it as more of a psychological horror story, the novel shines much brighter. It’s a disturbing, thought-provoking piece, in that regard.

After all, the comparisons between Planet of the Apes and Orwell’s masterpiece do lend themselves to a bit of psychological paranoia, no? 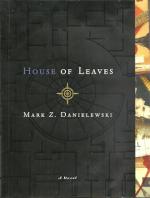 Claustrophobics who've read House of Leaves know how terrifying this book can be, with its manipulation of margins and white space and the physical shifting of words to mimic events in the story.

But, as Danielewski himself noted, this is not really a horror story; it's a series of love stories told with all the gadgets and gimmicks of a horror story — mysterious deaths and disappearances, monsters, a guy making a living as a photographer. It really is quite horrific.

Consider this, though: Love permeates every thread in House of Leaves, whether it's the story of Will and Karen, or Johnny and Thumper, or Johnny and his mother, or Will and the house, or even the love between author and story. It's a big, fat, messy clusterfuck, as love itself usually always is.

I suppose you could also make a compelling argument that House of Leaves is a satire — and a great one, at that — but, really, aren't all stories about stupid fucking love anyway? 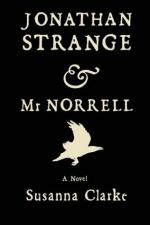 This Hugo Award-winning novel by Susanna Clarke is labeled a fantasy by most (including Neil Gaiman; and perhaps the Hugo Award justifies that genre distinction), but I think you can make a case for this being something else entirely — pastiche historical.

Pastiche is sort of a mash-up of parody and homage, and Clarke imitates several famous English writers (most notably DIckens). The historical bent comes from the novel's setting (19-century England) and major theme (England's cultural divide during this time period), and, I suppose, the literary tip-of-the-cap Clarke pulled off (beautifully, I might add).

You don't have to believe me, though. But Clarke herself said there's something to this genre classification, too. 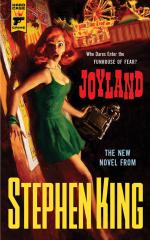 Packaged as equal parts hardboiled crime, horror and thriller, King's Joyland is more of a coming-of-age story about Devin, who narrates the story some time after working at a North Carolina amusement park in his 20s.

While Joyland is vintage King in plot — unsolved murders, ghosts, haunted carnivals — it's more The Body King than Carrie King in terms of character. Devin is eerily similar to Vern Tessio, the ringleader in The Body who corrals his friends into investigating the story behind a mysterious dead body.

Like The Body, Joyland isn't so much about the mystery at the core of the story — it's about the main character's personal growth from his experiences and the insights he gains from them. 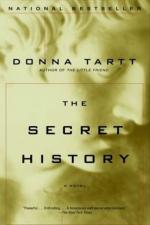 8. 'The Secret History' by Donna Tartt

Before Donna Tartt won a Pulitzer for The Goldfinch, she authored this, her debut novel.

While it's best known as a murder mystery told in reverse, The Secret History is also steeped in Greek mythology — so much so that one of the myths is played out by the characters.

The structure is typical Greek tragedy: setting up the reader with the crux of the story first, then going back and showing us how it all unfolded, featuring a flawed main protagonist who learns his own errorful, foolish ways as the story progresses. It also aligns with Aristotle's historical definition of what a tragedy is: a story that evokes fear and pity from its audience, which The Secret History surely does. 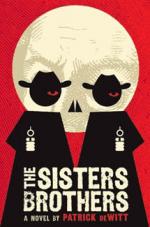 9. 'The Sisters Brothers' by Patrick deWitt

That said, when I first read this I thought it was pure Western – two assassins (brothers named Sisters) are on the hunt for someone who stole from their boss. It’s a classic Western-style story, right?

However, after reading the Wikipedia entry on picaresque novels, I’m changing my tune and saying it’s not a Western to me anymore. It’s got all the ingredients of picaresque: satire, humor, realistic adventures and low-class heroes.

These titles are just a few that jumped out at me as books masquerading in other genres.

And, sure, books can cross genres, and some may even be labeled a certain genre purely for marketing purposes. But there are some out there that can be read distinctly and entirely different than its label.

What about you? Do you consider anything you’ve read to be a different genre than its accepted classification? Any other novels out there in costume?

Ryan is currently at work on his first novel while also prepping the launch of a podcast called "the 45 minute radio hour."

The Top 10 Fictional Antiheroes
What Scares You? 30 Terrifying Horror Stories Straight Out Of Your Worst Nightmares

Bookshots: 'The Guard' by Peter Terrin

Bookshots: 'The Genome' by Sergei Lukyanenko

Bookshots: 'Shark' by Will Self

Footnotes: 'King Lear' and 9 More Books Masquerading in Other Genres